Attending Jet City Comic Show was a blast. I got to see a lot of great costumes and meet a lot of great people. I was disappointed in the fact that there were so few people there. I felt that there weren’t a lot of promotions that happened for this show and so there weren’t enough people who knew what was going on. It was great to walk around in costume and see who knew who I was and watch people shake their head because it was so obvious. There were a bunch of great costumes and the cosplayers there were awesome. You could tell that most people took their time to create something awesome. There were some awesome vendors as well. Bobakahn toys were nice enough to make sure that I finally got my Raven action figure and there were artists that drew custom pictures for me. Everyone was very sweet and friendly and very open. I was excited to be able to talk to some authors, get some review materials and just have a blast and meet new people. I would love to see more people there next year, and a lot more promotions for this show. Otherwise, there isn’t anything I would change.

ABOUT THE EVENT:
Jet City Comics Show is in its third year and takes place at the Seattle Center Exhibition Hall, 299 Mercer St., Seattle, WA. For more information, contact organizers at info@jetcitycomicshow.com, or visitwww.jetcitycomicshow.com and click on “Contact Us.” 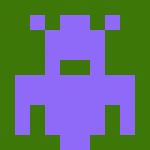 Gamer and comic book lover, I try to stay up to date with news for my loves. I love FPS as well as the Assassins Creed Series. I’m heavily into DC comics and love Catwoman, Nightwing, Batman, Harley and the Joker. I’m also a Raven cosplayer from Teen Titans and am working on my Harley and Nightwing costumes. I do love Marvel, and enjoy reading the NEW Captain Marvel comics. Aside from DC and Marvel though, I LOVE indie comics. I love finding the ones with strong female characters and so far I haven’t been let down. I’m also an avid book reviewer so I welcome any author that would like a book review . I also do game reviews, both video and board games. You can find me on Facebook (facebook.com/TheLilithFaire), Twitter (@LadyLilithFaire), http://lilithfaire.com/ as well as check out my blog http://thelilithfaire.wordpress.com/

Peggy Carter Squares Off Against Hydra in OPERATION S.I.N. #1!

MAGIC: THE GATHERING | CONCEPTS AND LEGENDS