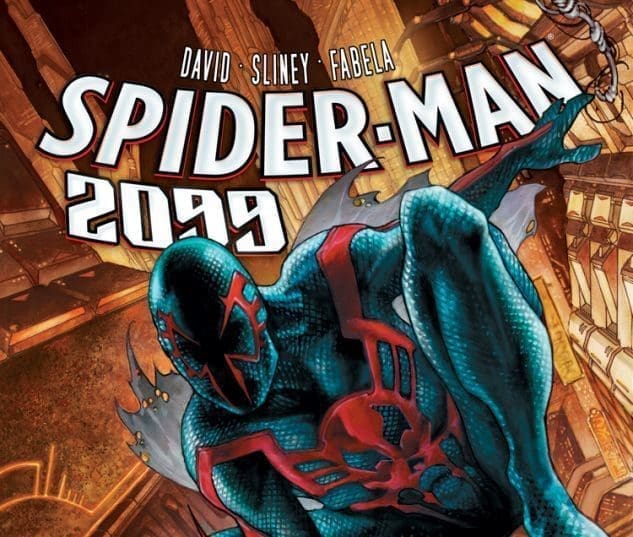 It’s only two issues in so far but Cullen Bunn’s The Empty Man is horror done right. Issue two picks up with protagonists Agent Jensen and Agent Langford staring down what was once thought as a disease known as “The Empty Man” but is in actuality a full-fledged entity of some kind. Not knowing exactly what The Empty Man is or how it chooses its victims is how Bunn is empowering this series with so much tension and as we see in this second issue, that’s only a fraction of the unknown that he is pulling us into. A cult known as The Witnesses continue to build as secondary threat, kidnapping those that have spoken with The Empty Man in an attempt to learn how they were chosen, but with the sheer horrific purpose of making a similar connection to this haunting entity. Bunn is curating all sorts of weird occurrences throughout this issue and it’s absolutely enamoring for a horror buff like me. So much of what is frightening about the series so far has a lot to do with Vanesa R. Del Ray’s art and her ability to tap into the tone of Bunn’s script with such a minimalist style. Del Ray’s tall and lanky characters, drawn with thick, dark-as-night lines, emanate a strong message even without words to accompany them: This is not the kind of comic book you want to read alone at night.

Star Wars #19 marks the beginning of a brand-new arc for the series and supplies an adequate launching point for new readers to become acclimated with this familiar universe through a new and unfamiliar face. Writer Brian Wood begins the issue introducing readers to Seren Song, a purposely Princess Leia archetype character built with the same survivalist instinct and in the same desperate need of rescuing. To then see Leia lead the charge to retrieve her one-time friend and former operative of the Rebel Alliance is a fun role reversal of sorts, demonstrating how far the character has come from, “Help me Obi-Wan Kenobi, you’re my only hope.” Wood manages to keeps the action to a fair minimum in order to maintain a focus on Seren and her past, which like all things in Star Wars universe, comes with a bad feeling. That being said, the Millennium Falcon does get its moment to swoop in and save the day, and it’s an unavoidably whimsical moment in an otherwise stern issue. Where the issue comes across a bit of trouble is in Carlos D’Anda’s art. D’Anda proves to be a capable artist where large-scale backdrops and epic gun battles are concerned but his character designs–in particular Chewbacca–do not fit with the familiar faces we know and love.

Now that Gail Simone’s departure from writing Batgirl has been confirmed, the stakes for her latest–and final–arc on the series has never been higher. Barbara Gordon is on the verge of having her entire livelihood literally burned to the ground by her arch nemesis, Knightfall, and in issue #32, Batgirl is beginning to take her city back, but not without a little help from her friends. Of course the main attraction of this issue is the fact that Simone is back to writing the Birds of Prey once again, and though it’s difficult adjusting to the idea that Batgirl hasn’t met Huntress in this version of the DC Universe, the camaraderie between the teammates instantly blossoms. Simone writes Batgirl, Huntress, and Black Canary as three entirely different characters that bring their own specialty to the team, so each “bird” gets their own moment to fly as it were. It’s enough that even Fernando Pasarin’s art isn’t as bothersome as it has been in previous issues, though the trouble of his characters not having enough of a discernible difference still remains a problem. Pasarin has always excelled when the action of Batgirl was in full swing and here, he gets to draw a lot of brutal stuff as the Birds of Prey punch and kick their way closer to Knightfall. By my calculations, there’s only one issue left of Batgirl in its current state (September’s issue will take place five years in the future) before the title completely changes hands and it looks like Simone is building toward an explosive finale.

Forced to abandon his Nightwing moniker due to the events of Forever Evil, Dick Grayson is reborn in Grayson #1 as Agent 37, an undercover operative entrenched in a seedy organization known as Spyral and forced to maintain his cover by assisting in the collection of meta-human organs for the sake of experimentation. What sounds like a fresh start for both the character and readers alike is not necessarily so as writer Tim Seely’s execution of this premise is not nearly as deft as Dick himself. Almost immediately, Seely and his story co-plotter Tom King assume the reader already knows that Dick was recently unmasked, tortured and killed, brought back to life, and then sent on this covert mission by Batman, because none of that information makes it to this first issue either through internal narration or otherwise. That knowledge services the narrative immensely, from one minor but important conversation that Dick has with a “Mr. Malone,” to the end of the issue where the true intentions of Spyral are revealed. But for the up-to-the-minute readers who do know Dick (so to speak), Grayson #1 offers a spy thrill in the vein of James Bond (and onboard a speeding train, no less) that’s rendered impeccably by Mikel Janin. When it comes to demonstrating the fluidity of Dick Grayson’s movements as he soars through the air, Janin’s art soars just as high.

Jeff Lemire uses the words “zeta beam” so much in Justice League United #3 it warrants its own drinking game. Yet if I were asked to explain what a “zeta beam” is after reading this issue, I wouldn’t be able to come up with an accurate explanation other than calling it a convenient plot device. How else to describe something that switches the places of two characters seemingly on a whim depending on when it’s needed in the script, and later threatens to explode and kill all the heroes unless one person sacrifices himself to fly it away? Suffice to say, Lemire goes hog-wild on his plot conveniences, including a moment that wedges Lobo back into the plot when he could just be stricken from it entirely. In-between unnecessary bounty hunters and mention of “zeta beams,” the issue does give Martian Manhunter a substantial amount to do (finally) and Lemire seems to be grooming him as a defacto leader of this new Justice League. Mike McKone still has a firm handle on how to draw all these varying characters, but the colors disappointingly drab. Maybe it’s because the color work is divided among two colorists, but McKone’s art isn’t nearly as vibrant as it is in other issues.

Familiarity with the Chastity Marks character of the early 1990s is not paramount to understanding Marc Andreyko’s Chastity #1, but knowing the character’s past certainly informs the radical turn this book takes about midway through. Andreyko updates the classic character in a post Twilight era, turning Chastity from a runaway accused of murdering her abusive father to a teenager obsessed with a series of vampire novels. I suspect taking the hard edge off the character won’t win over a lot of old readers, who will find this version virtually unrecognizable from her 90s counterpart, but to his credit, Andreyko rewrites the character and makes her his own. Chastity’s past as a former gymnast and Olympic prospect who has her career cut short is not the kind of origin usually found in comic books of this ilk, which makes the vampire slant to Andreyko’s story all the more unpredictable. Proper credit is also due to artist to Dave Acosta, whose style is malleable enough to switch tones on a dime in line with Andreyko’s wacky script.

Despite being a fervent comic reader in the 1990s, I lack the same reverence for the character of Miguel O’Hara as Spider-Man 2099 that most people seem to have. Unfortunately, Marvel’s latest attempt to reinvigorate the character in the pages of Spider-Man 2099 #1 does little to sway my sentiment. To his credit, writer Peter David begins the issue in a welcoming place, recapping Miguel’s storied history on the first page, which helps tremendously. It doesn’t, however, mention Miguel’s recent interaction with the Superior Spider-Man over in that series, which, as it turns out, is referenced several times throughout David’s narrative. Hitting those points in the otherwise charming and witty dialogue is a bummer as it constantly reminds the reader that this is more a continuation than a new start. At the very least, an editor’s note is sorely needed to point the reader in the direction of the issue where Miguel saved Tempest or where Miguel first interacted with Liz Allen, who seems strangely unfazed by the idea of Spider-Man 2099 running around her office in this issue. In an issue that relies on action in its latter half, Will Sliney’s art manages to achieve a true sense of motion in each panel without looking stiff. His character faces can be a bit too expressive at times, but he more than makes up for it when he renders Spider-Man 2099 swinging through the air.

Now that he’s met with Death, Wolverine is marching toward his alleged demise but not before he makes amends with some old friends in Wolverine #10. Paul Cornell writes a lot of tremendous character moments in the first half of this issue as Wolverine revisits the Jean Grey School and admits his previous wrongdoings for the sake of going undercover. There’s even a touching moment where he tells a roomful of his former colleagues like Storm and Beast, “You’re my brothers and sisters, and you deserved better.”  Some unrequited love is hinted at between Storm and Wolverine, and it caps off what is some of the most engaging Wolverine material I’ve read so far in this series. But when it comes to the latter half of the issue, where Sabretooth’s plan for global domination is drawn out to the nth degree, the issue grows tedious. By the time the obligatory overly dramatic segments involving The Offer, Pinch, and Pinch’s daughter come into the picture, it’s obvious that the issue would have been served to just feature Wolverine. Where the issue truly falters, though, is the art by Pete Woods. Panels are cluttered, details are lost, and the character designs change frequently to the point where I initially believed that Sabretooth was the one on the doorstep to the Jean Grey School, not Wolverine.