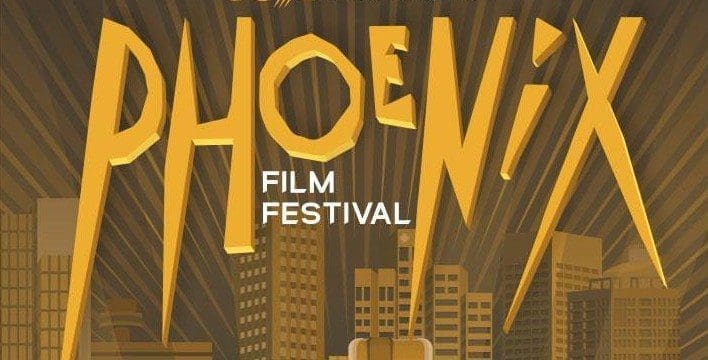 The Phoenix Film Festival has announced the family friendly, Kids’ Day to take place on Saturday, March 28th.  Kids’ Day is a great way for kids of all ages to come out and experience the festival. Guests can select from a series of hands-on activity stations focusing on different aspects of film production and geared to various age and ability levels. Stations are age-appropriate and run the full gamut of the filmmaking process. And best yet, it’s FREE! Some of the fun activities include:

Life is an adventure for Maya, the clever and resourceful blonde-bobbed monkey in “Monkey Kingdom,” Disneynature’s new film set among ancient ruins in the storied jungles of South Asia. Maya’s world is forever changed when she welcomes son Kip into her complicated extended family. Like all families, Maya’s has more than its share of colorful personalities—and she’s determined to give her son a leg up in the world. When their longtime home at Castle Rock is taken over by powerful neighboring monkeys, Maya’s family relocates, and she uses her street smarts and ingenuity to lead them to untapped resources amidst strange new creatures and unsettling surroundings. Ultimately, they will have to work together to reclaim Castle Rock, where Maya can hopefully realize her dreams for her son’s future. Directed by Mark Linfield (“Chimpanzee,” “Earth”) and co-directed by Alastair Fothergill (“Chimpanzee,” “Bears”) with music from award-winning composer Harry Gregson-Williams, “Monkey Kingdom” swings into theaters April 17, 2015.

The 15th Annual Phoenix Film Festival, occurring this year from its opening night on March 26th to its conclusion on April 2nd, is rapidly approaching. Continually breaking attendance records since its inception, last years’ festival saw over 25,000 attendees and there are hopes to pull in even more film enthusiasts this year.  The week-long Festival will be held once again at Harkins Scottsdale 101 Theaters located at 7000 E. Mayo Blvd. Phoenix, AZ 85054.

If you are a movie lover, this is an event that is not to be missed. Tickets and passes are on sale now and available through the Phoenix Film Festival website www.phoenixfilmfestival.com.  Tickets may also be purchased in person at the Phoenix Film Festival Ticket Center next to the Harkins Scottsdale 101 Theater. Tickets range in price from $13 for a single screening to $300 for a platinum pass.   For more information call 602-955-6444 or go to www.phoenixfilmfestival.com.