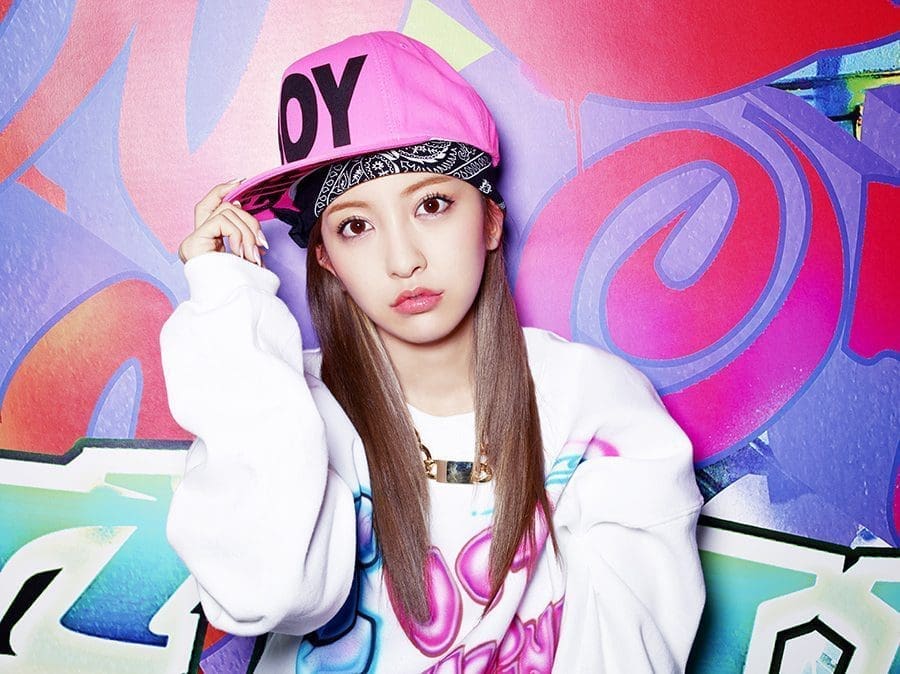 Tomomi Itano will perform at a special FREE J-POP Live at Union Square concert on the evening of Saturday, July 19th at 7:50pm in the city’s downtown Union Square stage, and is also set to perform on the Pagoda Main Stage in Japantown on Sunday, July 20th at 11:00am.

50 VIP guests will be invited to join a special Meet & Greet with Tomomi Itano and each will be given an autographed poster. These lucky guests will be selected at random from fans that purchase VIP PASS A or B by Friday July 11th at 5pm PST (http://www.j-pop.com/2014/vip/). Those selected to join the Meet & Greet will be notified by email. Additional information about Tomomi Itano and her J-POP SUMMIT performances as well as the Meet & Greet are now available at www.j-pop.com/2014/tomomi-itano.

“POP Is Our Tradition” is the theme of this year’s J-POP SUMMIT and will be represented throughout the Festival which takes place across San Francisco’s historic Japantown during the weekend of Saturday and Sunday, July 19th and 20th.

The annual J-POP SUMMIT Festival and Union Square concert are FREE to attend (although certain activities/vendors will require a modest admission fee). J-POP SUMMIT has become one of the largest events in the United States dedicated to showcasing the many sides of Japanese pop culture and fandom. Attendance in 2013 exceeded 80,000 people. Full festival details and updates are available at: www.j-pop.com.

Special VIP Passes, providing optimum viewing for J-POP SUMMIT music concerts on both days, as well a special J-pop gift bag and opportunities to meet the celebrities will give attendees a way to maximize their Festival experience. VIP Pass information and secure online purchase is available at: http://www.j-pop.com/2014/VIP.

“We are delighted to welcome pop superstar Tomomi Itano as an official Guest of Honor for the 2014 J-POP SUMMIT and are very honored to present her exclusive U.S. concert debut in what is sure to be a memorable weekend,” says Seiji Horibuchi, the President/CEO of NEW PEOPLE, Inc. and Chairman of the J-Pop Summit Festival Committee. “This year’s theme, “POP Is Our Tradition,” affirms our dedication to contribute to a legacy of Japanese pop culture that has global impact, and to continue to provide a fun and compelling showcase for Japanese artists and media to reach an international audience. This year’s J-POP SUMMIT is not to be missed!”

Born in Kanagawa, Japan in 1991, Tomomi Itano rocketed to fame as a founding member of the Japanese all-girl pop idol super group, AKB48. The group was founded in 2005 and pioneered the concept of a new breed of J-Pop stars with distinct personalities and kinetic live shows. In 2011, while continuing activities as a core member of AKB48, Itano released her first solo single, “Dear J,” followed six months later by her second single, “Fuini,” which topped the Japanese Oricon pop music charts. Since then, she released additional chart topping singles such as, “10nen-go no Kimi e,” “1%,” and “little.” In 2013, Itano officially graduated from AKB48 to focus on her solo career.

An insightful documentary film, DOCUMENTARY of AKB48 to be continued, is also available in North America and follows the unstoppable Japanese pop idol group and gives audiences a rare glimpse into the girls’ off-stage lives and personalities and charts their massive success and phenomenal popularity. The film was released on DVD in 2011 by NEW PEOPLE Entertainment and is available (Region 1, with English subtitles) at:

Launched in 2009, J-POP SUMMIT Festival is an annual street fair held in San Francisco, CA that celebrates Japanese popular culture. By introducing the latest in Japanese music, film, art, fashion, gaming, anime, food, as well as niche subcultures, the festival has become a prominent platform to showcase the latest pop trends and creative innovations from Japan.

The 5th annual J-POP SUMMIT held in July 2013 welcomed more than 80,000 attendees, making it one of the largest Japanese festivals in the United States. In addition to the original Festival held in Japantown, new attractions include the J-POP LIVE AT UNION SQUAREconcert in downtown San Francisco, the Bay Area’s premier dedicated Japan Film Festival of San Francisco, and sake-tasting and fine foods events at the POP GOURMET Food Festival, which have each further enriched the experience. Additional information about J-POP SUMMIT Festival is available at: J-POP.com.