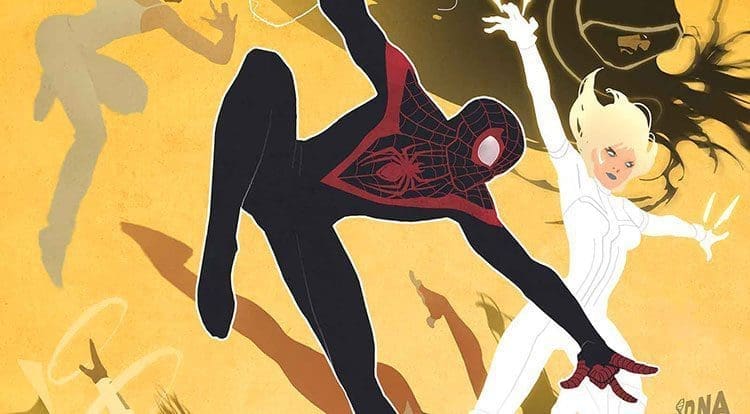 Marvel’s Ultimate Universe has always been a curiosity of mine but never one that I could delve deep into, though the advent of Miles Morales as Ultimate Spider-Man did allow me to briefly dip into uncharted waters as I followed his adventures within that realm. Now, with All-New Ultimates #1, Miles Morales again leads me headlong into the flagship title of the Ultimate Universe, and sadly it’s nowhere I want to be for the long-term. Acting as the parallel for the Avengers in the Ultimate Universe, this new Ultimates team, based on the striking cover image, is a dream team as far as I’m concerned, characters that I grew attached to in the closing issues of Ultimate Spider-Man. Yet within the pages of the actual issue, those same warm and familiar personalities are left dull and interchangeable, and I would encourage readers checking out All-New Ultimates #1 to first go back and read their appearances elsewhere. This is not the best first impression.

Much of the trouble that All-New Ultimates #1 faces is that writer Michel Fiffe struggles with how to handle these characters following the events of Cataclysm while also treating this issue as an initial introduction to those that aren’t that closely tied to the Ultimate Universe up until this point (see: me). Neither side is properly serviced with prior events getting vague references while the characters themselves come across as nondescript entities. Mention of Kitty Pryde saving the world is made, and then left alone rather than adding the part about DEFEATING GALACTUS (I had to Google that, for the record). Similarly, Spider-Woman asks to be called “Black Widow”; neither this issue nor I can explain this bizarre outburst. Characters also speak in oddly stilted and languid speech with dialogue like, “That sounds terrible. Okay, enough chit-chat. Time to get serious.” This isn’t one character either; it’s all five of them.

Amilcar Pinna’s character designs works a bit better than the dialogue to actually discern one character from another, though I had a difficult time fully accepting these renditions of the characters. It’s weird to criticize characters for looking off when it’s entirely the right of the artist to render them in their own vision, but being fresh off of Ultimate Spider-Man #200 and of course the Ultimate Spider-Man series before that, it’s hard not to want more out of Pinna’s art. There’s a lack of expression in the characters faces that is worsened with the stiff dialogue coming from their mouths, resulting in a book filled with a lot of lifeless characters that I know can be something much, much more lively.

All-New Ultimates #1 is a letdown, no doubt. I love the characters involved but these are not those same characters. These are five personalities that have worked brilliantly together before but under this new banner, it just doesn’t deliver the same dynamism.

Sherlock Holmes: The Stuff of Nightmares