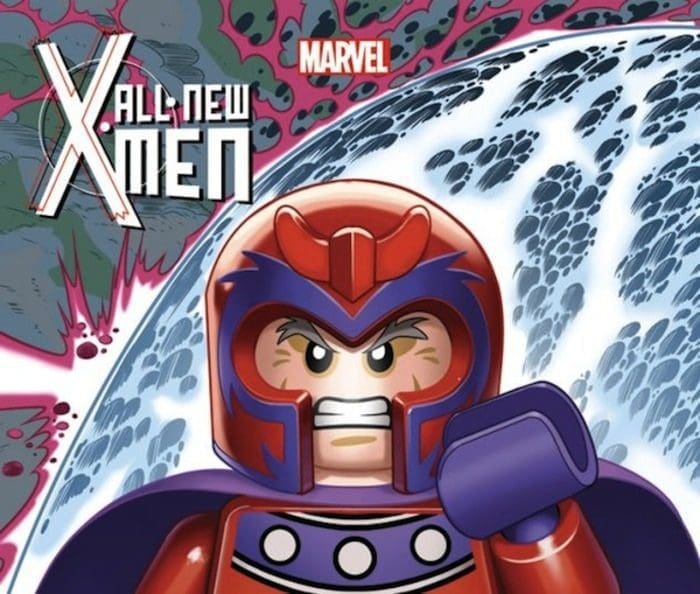 It’s troublesome that while All-New X-Men #17 marks the sixth chapter in the rapidly-ending Battle of the Atom event, the narrative appears a lot further from reaching its conclusion. For having an overabundance of dialogue, this issue doesn’t provide an indicator of where the plot is heading, or if there will at least be repercussions into whatever follows this event. Brian Michael Bendis does, however, use much of this issue to deal with the true X-Men of the future, shedding some light as to their identities and, more importantly, the reason for the other future X-Men’s actions that kickstarted this whole saga. Pile that atop all of the other plotlines roaming around and I shudder to think what the recap page will become by the time Battle of the Atom reaches its conclusion.

Delving into the world of the future X-Men is definitely an area worth exploring and the idea of the X-Men putting their effort behind getting the first mutant President elected is a logical step in the acceptance the team has always longed for. It’s unclear from this issue how the outcome of the inauguration resulted in a rift between members of the future X-Men, but some of those that remained in future are clearly hesitant to share information with Magik, Young Iceman, and Young Beast, who time-traveled in at the end of the last chapter. The sweet-mustachioed future Colossus welcomes the group with open arms—his sister is Magik, apparently—while the hard-edged Jubilation (?!) wants the time-travelers to return to their own timeline, lest they mess with the future. It all serves as an obvious parallel to the treatment of the Young Jean and Scott in the current timeline, and there’s even a moment where the future X-Men vote on whether or not to help.

Artist Stuart Immonen is provided with lots of flashy splash pages throughout All-New X-Men #17 and delivers in spades each time. In particular there’s a great spread of the attack on the mutant president during her inauguration that is enhanced greatly due to Marte Garcia’s beautiful but muted colors. Otherwise the issue is incredibly bright and even somewhat light-hearted; Immonen has a great time with Young Iceman’s expressive features as he interacts with his future self, who looks like a badass wizard. There are even some great panel layouts to help keep the excessive dialogue bubbles from Bendis from being too talky. Yet for an event that is now nearly half-over, All-New X-Men #17 doesn’t leave us with enough, just another final page promising more fighting within the X-teams.