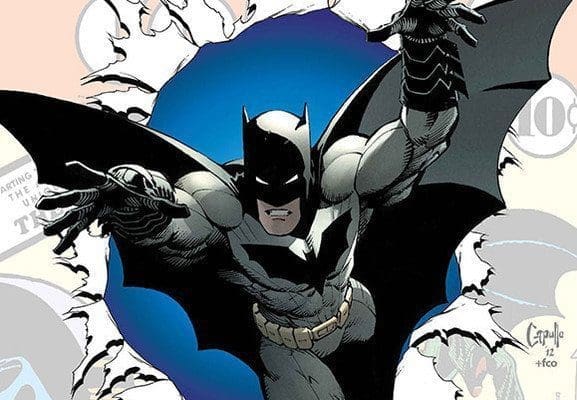 Batman is celebrating his 75th anniversary this year, and to mark the occasion, comic shops, bookstores and libraries by the hundreds will be observing “Batman Day,” a full day devoted to all things Dark Knight! On Wednesday, July 23, participating comic shops and bookstores will give away free copies of DETECTIVE COMICS #27 SPECIAL EDITION, an updated take on the comic that first introduced Batman to the world. This extra-sized issue features stories by Brad Meltzer, Scott Snyder, Bryan Hitch and Sean Murphy, as well as Batman’s first adventure, Bob Kane and Bill Finger’s “The Case of the Chemical Syndicate,” reprinted in full. In addition, it includes a sneak peek at Meltzer and Chip Kidd’s beautiful reimagining of the original Detective Comics #27. Then on Saturday, July 26, libraries nationwide will get in on the fun with Batman-themed activities and great giveaways, including the free Detective Comics #27 Special Edition.

Even better, the comic is just the beginning! Look for Batman bookmarks, bags, a Batman 75th anniversary cape, and four specially produced Batman masks based on different eras of the Dark Knight’s history. In addition, all Barnes & Noble, Hastings and Books A Million locations will be participating. Not all items will be available at all participating locations and free comics are only available while supplies last, so get there early.