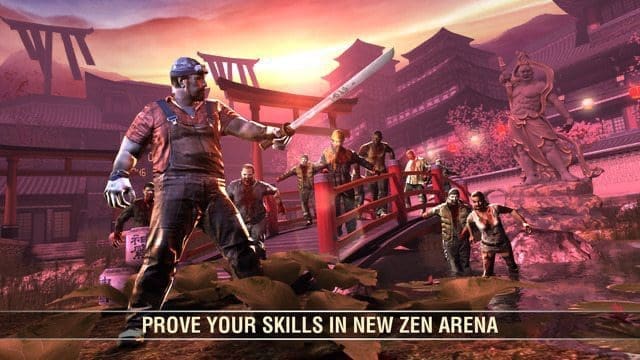 Zombie gaming has become so popular that it essentially comprises its own category as a subset of action, adventure, and horror. Gamers love the idea of gunning down waves of the undead, and in some cases playful spins on zombie takeovers make for fun, lighthearted games as well. And the best thing is, a lot of the games in the category exist online and in app stores, which means you don’t necessarily need the biggest new console title to enjoy some zombie action. To illustrate that point, here’s my look at a few of the best non-console zombie games you can easily access and enjoy.

Most people think of zombie games primarily as shooters, and if that’s what you’re looking for you won’t find a better game than this one outside of consoles. MADFINGER Games simply nailed it with this experience, which is self-described on app stores as the best zombie shooter ever. With stunning graphics, dozens of weapons, hundreds of gameplay scenarios, and a never-ending stream of updates adding fresh content, DEAD TRIGGER 2 is tremendous and always getting better. Not to mention the controls work far more effectively than those of most shooters on mobile devices.

Originally a popular browser title by Popcap Games, the Plants vs. Zombies series has now moved to mobile as well. And Plants vs. Zombies 2, while essentially a play on a tower defense game, is now one of the bigger non-console zombie gaming experiences out there. Your only job is to plant combative plants along a grid in front of a home, where they will use their various strengths and abilities to hold off squadrons of (slowly) attacking zombies. It’s a satisfyingly broad game in that each new level brings new plant upgrades and new zombie enemies to make things more challenging and entertaining as you go.

If you’re looking for a similarly cartoonish approach to what you see in Plants vs. Zombies, but you prefer more control over the actual combat with the undead, Halfbrick Studios’ Age Of Zombies app might be the game for you. Basically you control a commando (who for some glorious reason is named Barry Steakfries) blasting zombies out of your way to your heart’s content, armed with big guns and your very own zombie T-Rex. Why not, right?

Day Of The Dead

By comparison this is an unconventional option but it’s also a pretty unique way to enjoy some zombie gaming. The game is hosted by Gala Bingo, a site primarily known for its numerous online bingo rooms but which also hosts a variety of themed arcade and slot machine titles. And Day Of The Dead’s theme celebrates the Mexican celebration of the same name—with a little bit of a zombie twist. Basically it invites you to “become a Mexican grave robber” and unearth undead riches on an arcade slot reel.

Die2Nite is an online game supported by Twinoid that’s become a little bit dated as browser-based multiplayer experiences go. Nevertheless it’s still a great deal of fun to dive into. It’s a survival game not unlike some of the latest (and best) console zombie games out there, in which your job is to build and maintain a city against daily waves of zombies.

Finally, if you’re looking for an entirely original type of zombie gaming, there’s this bizarre title from Six To Start, which is equal parts exercise and gaming app. It’s really just a motivational tool for those who don’t typically enjoy cardiovascular workouts, but it functions like a game. While you’re running, the app keeps you updated about zombies chasing after you. You can actually really trick yourself into running harder and longer if you buy into the fiction.