GRIMM: The Chopping Block isn’t exactly a normal book, at least not one I’ve ever read. It’s almost just like a fan fiction, only this guy found out how to make money off of it. You’ve probably already figured that this book is set in the universe already created by the TV show Grimm which airs on NBC. The author even gives us a quick note at the beginning of the book telling us exactly were in the TV series this book takes place. I personally have never seen the show Grimm, so I wasn’t quite sure what I was getting myself into with this book.

The book starts off like any good crime TV show, where we accompany characters that are only important for finding the dead body, then the real main characters show up to solve the mystery.  Our author did a good job at introducing the main characters to this book, but neglected to describe what each character looked like. It’s a little disappointing that the author assumed that we already knew what the character looked like. (But I will give him a little credit, it’s a pretty good assumption since this book is an add-on to the already existing series..) It just would have been nice if he treated this like a brand new book to brand new readers. Another thing I would be picky about is when it came to explaining things in this universe the author never did was described what each of the monsters looked like after they woged (term they use for transformed). It was hard to imagine what one of the characters looked like when I had nothing to base it from. He did describe some, but I believe if the monster was already portrayed in the show, he would just use the term the monster was called and assumed we already knew what that looked like.

Another thing I was a little confused about was the character Juliette Silverton. She was quickly introduced as both the main characters girlfriend and a veterinarian. Her side part of the story comes in only 4 chapters into the story and mainly outlines a day at work for her. Continually throughout the book, we keep coming back to Juliette and her story of trying to save a dog’s life. But about half way through the book I found myself thinking, “Alright, when is this going to become relevant to the main plot?” But here’s the thing; it never does. Her side story probably totals around 6 chapters of the book, but have absolutely nothing to do with the main plot or anything. It was literally just a side story. Which I found to be completely pointless. I even found myself caring about finding out what happens to the dog more than what actually happens in the main story. If she didn’t have that side plot in the story, she would have only had about 5 lines of talking and interacting with the main characters. This is why I believe the author included her sub-plot, just to give her some more screen time.

Action and story telling wise, the book did wonderfully. I found myself caught up with the characters and understanding a lot of it, even though I had never laid eyes on the TV show it was based on. The climax was riveting and just as exciting as any crime show out there. The build up is well controlled and the pace is equally as good. I would have to give GRIMM: The Chopping Block a 3 out of 5 rating because of it. I would have given it a 4, but I found the long-winded side plots and descriptive holes too big to over look. It’s a recommended book, but might be a little more enjoyable if you have actually seen the show before. 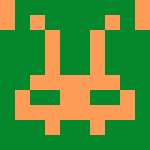 A 5'8" blond female that's obsessed with manga and Super Junior. Self proclaimed Fujoshi.

“Wolverine and the X-Men #37” Comic Review