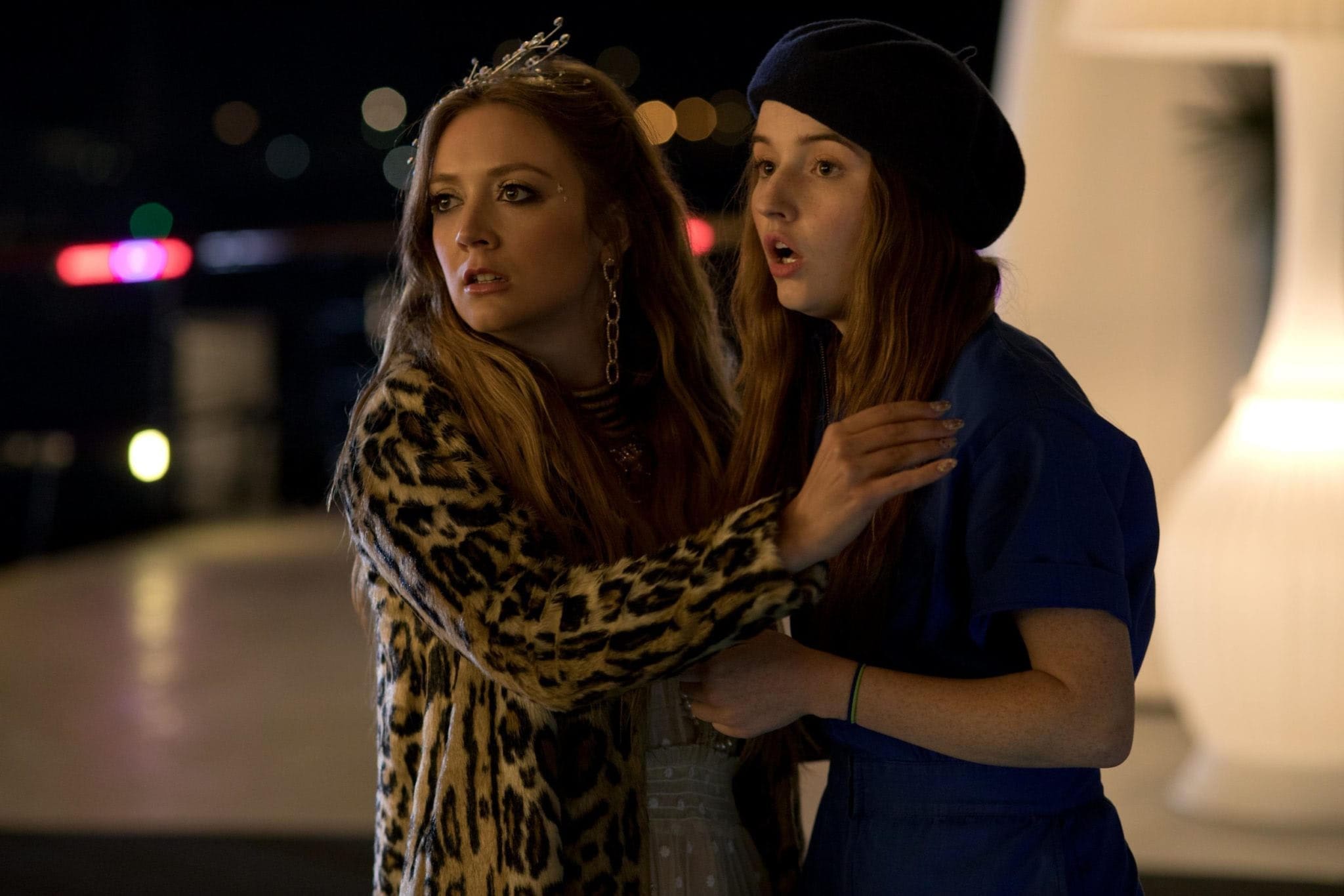 Writer and director John Hughes, created a series of films in the late 80s that are considered classics today. Even in the modern age when kids don’t know what a phone booth is, almost everyone seems to know about films such as The Breakfast Club and Ferris Bueller’s Day Off. Booksmart, the directorial debut from seasoned actress Olivia Wilde, falls in line with the John Hughes films of the 80s. It wouldn’t be that far from the truth to call Booksmart a modern retelling of The Breakfast Club. Booksmart captures all of the magic found in those Hughes originals, and even retains oddball aspects, but Hughes isn’t the only parallel here as we take a closer look in our full review of Booksmart.

Some might say that Seth Rogen is a modern day John Hughes. And while there are plenty of people who would likely gag at the thought, there’s some truth in that. Many Seth Rogen films have had the same impact on the current generation of teens and young adults as the John Hughes films did back in the 80s. So while many people compare Booksmart to a John Hughes film, the reality is that it’s closer to a Seth Rogen movie, specifically Superbad.

Superbad, the film that helped launch the careers of Jonah Hill and Michael Cera, was about high school seniors going to an end of the year party in order to not only get laid, but become cooler in some way. Booksmart has a very similar premise of two high school seniors trying to get to an end of the year party as the coolest moment in their academic careers. Instead of Michael Cera and Jonah Hill, Booksmart stars Kaitlyn Dever as Amy and Beanie Feldstein as Molly.

Throughout their high school careers, Amy and Molly have essentially been book worms. They stayed in, studied, got good grades, and while Molly was Student Council President with plans to go to Harvard, Amy will be heading to Africa for humanitarian work before making her way to Columbia University. When they hear about an end of the year party that all the cool kids will be at, Molly sees it as an opportunity to finally let loose and show the rest of the school that she can be cool too, while taking Amy along for the ride.

Of course nothing goes to plan and all kinds of crazy antics ensue with the fabulous supporting cast. Jessica Williams is Miss Fine, one of the teachers who’s friendly with Amy and Molly. Jason Sudeikis plays Principal Brown, Will Forte and Lisa Kudrow are Amy’s parents, Mason Gooding is Nick, one of the coolest kids in school, Skyler Gisondo is Jared, one of the rich kids at school, and Billie Lourd is Gigi… who is crazy. While the film revolves heavily around the adventures Amy and Molly get into, those adventures would not be as enthralling as they are without these supporting characters.

Booksmart is also a very inclusive film, which could not come at a better time. Amy is gay, but the high school prominently features other gay students as well. Alan (Austin Crute) and his best friend George (Noah Galvin) light up the screen with their flamboyant imagery. Even Amy’s crush, Ryan (Victoria Ruesga), is an androgynous female. While many of these kids would likely not be treated as well in a real high school, it’s nice to see the high school in the film be so welcoming to so many different types of people.

While the acceptance of all these different walks of life is part of the message in Booksmart, it was the single aspect of this completely over-the-top film that was a bit too hard to believe and may take some people out of the movie. It’s sad that acceptance is the most unbelievable part of the film, but that’s the time we live in. Everything else about Booksmart is phenomenal, and whether you liken it to a John Hughes film or one of Seth Rogen’s early works, it’s a coming of age, high school R-rated comedy that will have you rolling in your seat for the entire hour and 42 minute run time.

Synopsis: On the eve of their high school graduation, two academic superstars and best friends realize they should have worked less and played more. Determined not to fall short of their peers, the girls try to cram four years of fun into one night.