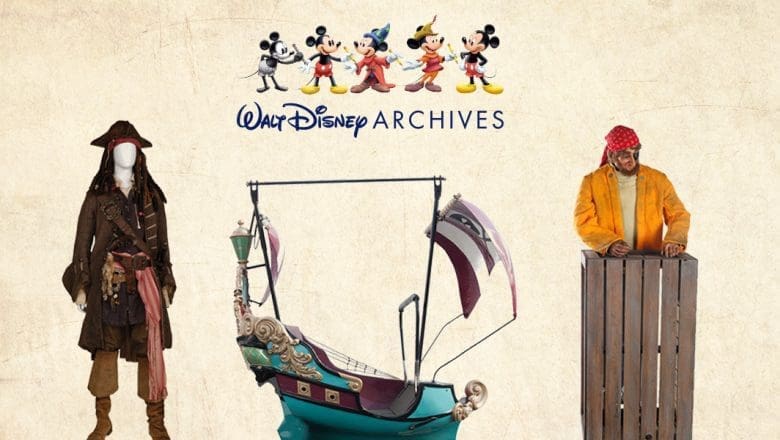 BRAND NEW WALT DISNEY ARCHIVES EXHIBIT, “A PIRATE’S LIFE FOR ME,” TO OPEN AT D23 EXPO 2017

Hundreds of Props, Set Pieces, Photographs, and Costumes Will Be On Display to Celebrate Disney’s “Rascals, Scoundrels and Really Bad Eggs” at the Biennial Fan Event

The Walt Disney Archives returns to D23 Expo with an all-new exhibit, “Walt Disney Archives Presents––A Pirate’s Life for Me: Disney’s Rascals, Scoundrels, and Really Bad Eggs.” Disney’s most memorable marauders, from Peter Pan’s Captain Hook to Pirates of the Caribbean’s Captain Jack Sparrow, will be on display July 14–16 at the AnaheimConvention Center during the biennial event, presented by D23: The Official Disney Fan Club.

The 12,000-square-foot exhibit, located on the Expo show floor, will honor Disney’s treasured pirates from film, television, and the beloved Disney parks attraction that has thrilled guests from Anaheim to Shanghai. Hundreds of iconic and never-before-seen items will be on display.

Objects featured in the exhibit include Audio–Animatronics® figures from the original Disneyland attraction, a ride vehicle from Peter Pan’s Flight, and artwork and imagery from Treasure Island, PeterPan, as well as an unproduced Donald Duck animated short, featuring the irascible duck searching for swashbuckler gold. The action-packed film franchise is represented with original costumes worn by the star-studded cast, Davy Jones’ pipe organ, a 23-foot-tall set model of the Black Pearl ship, the Dead Men’s chest, and more original props and set pieces, including items from the new film, Pirates of the Caribbean: Dead Men Tell No Tales. Also on the show floor, the Archives will present “Fantastical Fashions,” a dazzling selection of dresses worn by beloved heroines and sinister villainesses. Costumes from six of Disney’s live-action fantasy films will be showcased including Enchanted (2007), Maleficent (2014), and Beauty and the Beast (2017).

D23 Expo—The Ultimate Disney Fan Event—brings together all the worlds of Disney under one roof for three packed days of presentations, pavilions, experiences, concerts, sneak peeks, shopping and more. The event provides fans with unprecedented access to Disney films, television, games, theme parks and celebrities. For the latest D23 Expo 2017 news, visit D23expo.com. Presentations, talent and schedule subject to change. To join the D23 Expo conversation, make sure to follow DisneyD23 on Twitter, Facebook, Pinterest, Instagram and YouTube, and use the hashtag #D23Expo.

The name “D23” pays homage to the exciting journey that began in 1923 when Walt Disney opened his first studio in Hollywood. D23 is the first official club for fans in Disney’s 90-plus-yearhistory. It gives its members a greater connection to the entire world of Disney by placing them in the middle of the magic through its quarterly publication, Disney twenty–three; a rich website at D23.com with members-only content; member-exclusive discounts; and special events for D23 Members throughout the year.

What to expect at Holiday Matsuri 2018