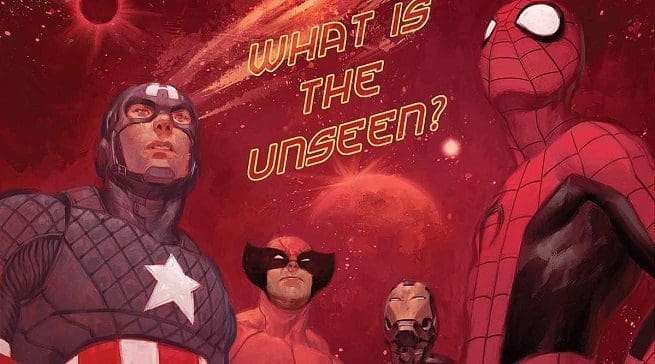 It was a light week for me this week, not because of a lack of books but a lack of time to read through all the awesome stuff that came out. I haven’t pulled myself away from fireworks and eating copious amounts of hot dogs and hamburgers in celebration of America to read Rocket Raccoon #1 yet, so that’s why it’s missing in action below. However, I know plenty of people out there have gotten a chance to check it out, so leave a comment and tell me how it was!

Also this week, I’ve decided to throw out a few topic questions for the books that are covered below. Feel free to participate in the comments section and I’ll include your responses during next week’s comics reviews:

Reduced to a background presence in the prior two issues of this series, Norman Osborn receives top billing in Miles Morales: The Ultimate Spider-Man #3. Writer Brian Michael Bendis momentarily sets aside the recent revelation of Peter Parker’s unexpected return (and that he might be a clone) to instead devote a large chunk of the narrative on the threat of Osborn, whose resurrection has a lot of readers feeling equally incredulous. Where the issue manages to demonstrate the kind of power in the possession of Osborn as the Green Goblin, it fails to offer a shred of insight into how exactly he survived his battle with Peter Parker when both were simultaneously killed. It’s not that I fault Bendis for keeping his secrets close to the chest but there is such a deluge of major questions surrounding this series right now that it’s becoming distracting. Just the faintest clue as to what’s going on, Mr. Bendis, that’s all we’re asking for.

Original Sin #5 attempts to offer an explanation as to how Nick Fury came to be where we saw him at the end of the last issue, but ultimately goes by without really explaining anything at all. Set aside for the time being are the eclectic cast of seemingly random characters that have populated this series and made it so much fun since the get go; in their stead is a comprehensive look at the secret history of Nick Fury that while similarly enjoyable to the bizarre team-ups of the other characters, lacks real purpose. Writer Jason Aaron gets a lot of amusement at interweaving Fury throughout Marvel history and jet setting him around the galaxy as a super secret space spy, but at the end of the issue, what has Aaron told us with this tale? Fury’s capabilities with a sniper rifle and his pension for traveling to different dimensions certainly places him squarely at the top of the suspect list for The Watcher’s murder, yet when it comes time for questions not a single character has this thought in mind. Maybe they’re all too distracted by Mike Deodato’s wonderful art. I wouldn’t blame them. It’s easy to get sidetracked while reading this issue because staring at the vast emptiness of space under Deodato’s pencils is spellbinding. For the lack of forward momentum in this issue overall, Deodato’s art continues to impress me more and more each month.

Quantum and Woody is a different flavor of comic book altogether, one where next-level absurdity and obscenity freely gallivant through each page and panel. Consider that in Quantum and Woody #12 the two lead characters are given the option to have a mutant version of Thomas Edison perform an experiment on them that will remove their powers but in return, will lead to them being reunited with their thought-long-dead father, whose consciousness has actually been secretly hidden away in the mind of a goat. And believe it or not, that’s just the first scene. The pages that follow are what I can loosely describe as a stream of consciousness from writer James Asmus that somewhat resembles a plot, but who I am kidding attempting to make sense of it all. It’s inane and fun in all the best ways, from the inclusion of an actual Edison invention called the Psycho-Phone (look it up!) to a mad scientist that insists on deploying the “hug-starved orphans in land-mine vests.” Oh, and it’s offensive too, if that wasn’t readily apparent already. This entire blatant disregard for morality comes to life under three artists this time around (Wilfredo Torres, Erica Henderson, and Joseph Cooper), which is problematic for the issue in that it’s a noticeable switch between each one but at least Asmus has sense of humor enough to drop in a meta-commentary line calling out the concern before the reader is even given the chance to.

For the better part of three issues, James Tynion IV’s The Woods has been mostly successful as it blends both science fiction and horror elements together to craft the mysterious tale of a high school that is suddenly transported to another planet without warning or explanation. Mixing a vast, undiscovered landscape with nightmare-inducing creatures that terrorize a troop of teenage protagonists at each turn, Tynion is crafting the kind of out-there narrative I thoroughly enjoy, but he’s doing so in spite of an element of the story that I perpetually dislike. Issue #3 splits the difference between the vastly intriguing plot happening outside the school in the titular woods and the underwhelming struggle happening within Bay Point Academy’s walls where the facility is taking over as the ruling power and enforcing a pseudo-Marshall Law its the remaining students. And typical of any and all end of the world scenarios across mediums both comics and otherwise, the ones in power are making all the wrong decisions while ignoring those with the best intentions; it’s a trope that’s continually frustrating to bear. On art, Michael Dialynas continues to dabble in both the harsh imagery of the issue’s monsters and a more lighthearted innocence to his character designs, putting the tone of the book somewhere in the middle. It’s not hitting all its collaborative strides right now, but Tynion and Dialynas still have a lot of story left to tell.

The Teenage Mutant Ninja Turtles team up with the Ghostbusters!

He! Is! GROOT! Now in His Own Solo Series!