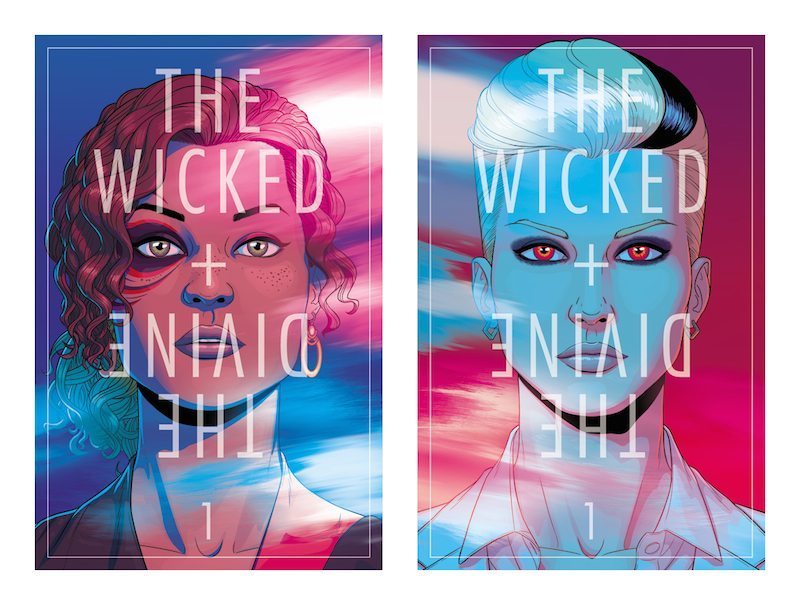 Harbinger #24 operates in the wake of a big loss for its core team, The Renegades, while also managing to play out a psychic mind-battle to end all psychic mind-battles. As someone that has never read anything Harbinger before, I am amazed at how well writer Joshua Dysart is able to convey the context and consequences of what has come before and what is currently playing out on the page. It makes the idea of jumping into this world during such a tumultuous time not as intimidating as it might seem. Although the crux of this issue is the aforementioned mental showdown between Tommy and Toyo Harada, Harbinger #24 finds its best moments as surviving Renegade members Faith, Kris, and Torque remember their fallen friend, Charlene (otherwise known as Flamingo). It is in these scenes where the characters pass the blame for their friend’s death among themselves that the severity of this loss becomes apparent, and Dysart’s dialogue truly demonstrates what Charlene meant to each of these characters. Khari Evans’ art is generally good at conveying the mood during these quieter scenes using the right amount of shadow work, but at times his character’s faces fluctuate in size and shape, which can be distracting. His work on the battle between Tommy and Harada fairs much better, however, as the panels of the two ripping apart each other’s minds is shown to be even more horrific than it sounds. I’m talking David Cronenberg-level madness.

Original Sin #4 represents the midway point in this outlandish murder mystery mini-series and we’re still just as far from knowing what’s actually going on as we were after the first issue. And I couldn’t be happier with the way it is proceeding. Seriously, Jason Aaron is channeling George R. R. Martin with the kinds of twisty cliffhanger endings he’s building to in the closing moments of each issue, which makes me that much more excited for what is coming next. This issue plays directly on the shocking conclusion that left plenty of mouths agape and picks those jaws up off the floor with an explanation that is…tropey at best. Because comics, basically. Plausible vindication aside, the strength of Original Sin #4 lies in the fact that it eventually becomes an unabashed fantasy match-up generator with all the random teams we’ve seen hired to investigate The Watcher’s death coming together for epic stare-down with a few fisticuffs thrown in for good measure. You get to see what happens when Emma Frost and Gamora literally butt heads, or who has the bigger gun, Rocket Raccoon or The Punisher. Mike Deodato’s art keeps the action fluid and clear while maintaining a strong presence of shadow throughout each scene, a constant reminder of how kept in the dark all these characters (and the readers) continue to be.

Be warned:  last week’s Armor Hunters #1 is an essential prerequisite before diving into Unity #8. Otherwise, I imagine a lot of readers will be dumbfounded at the current state of Mexico City in this issue’s opening pages. Writer Matt Kindt bypasses the aftermath of the closing moments of Armor Hunters #1 in order to service a retaliation-driven narrative involving members of the Unity super team. Livewire’s contribution in this issue is severely limited compared to her teammates although Kindt is beginning to sow the seeds for this Armor Hunters event to ripple across more of the Valiant universe. Ninjak and Gilad are the prominent focus of this issue and their attempt to thwart the Armor Hunters lends itself to plenty of thrilling action-heavy sequences, mostly involving Ninjak and explosions—the two fit so perfectly well together. Unfortunately, the plot never progresses beyond this encounter and the extent to which we understand what the Armor Hunters are doing doesn’t go much further than one of them commenting, “don’t they know we’re trying to help them?” Stephen Segovia’s art proves capable of capturing all the devastation but the few pages rooted in Livewire’s search in Colombia is rough and uneven; it’s not the best start to an otherwise decent issue.

Keiron Gillen and Jamie McKelvie’s The Wicked + The Divine is the kind of comic book that gets better with each subsequent read. It’s so multi-layered that the narrative grows richer with each pass-through, and that’s not an exaggeration. Gillen’s script takes the concept of culture’s treatment of pop idols as deities and transforms that into a literal reality in which ancient gods are reincarnated in the bodies of teenage pop stars. Laura, an obsessed fan of the singer Amaterasu (as well as other gods-embodied-as-singers), is the quintessence of the kind of culture we’ve become, where the chance to meet our favorite pop star is akin to having a religious experience. On the other side of the aisle sits Cassandra, a TV journalist who denounces the idea of these teen idols being gods incarnate. Both characters co-exist in this issue to show two different but extreme sides, and while it might seem as though Gillen is criticizing both religion and stardom, he’s merely warning his readers against giving too much power to either side. This idea exists within the character of Luci, whose name is short for you-know-who and who wields a wicked amount of power with just a snap of her fingers. All these characters move in unexpected ways throughout this introductory issue and the lines between good and evil are constantly being blurred all the way to the end. One thing that is clear from reading this first issue, however, is that Jamie McKelvie’s art is the perfect match for this material. He injects so much personality in each character—from their facial expressions to their style of clothing—that it’s hard to imagine that these characters haven’t been around for ages. Well, technically they have.