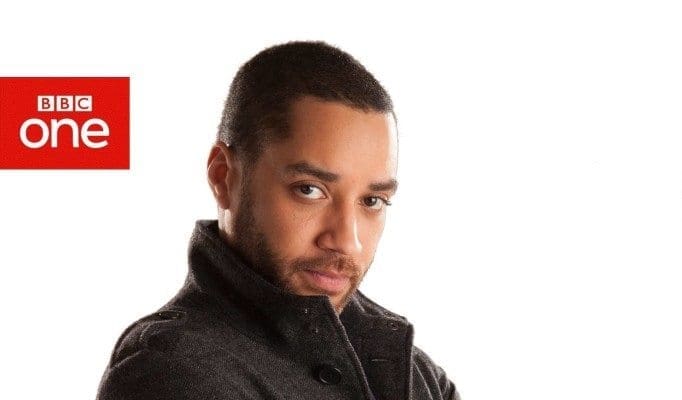 With a new regeneration comes a new companion! When Doctor Who returns for its 8th series (since it’s 2005 reboot), Samuel Anderson will be stepping through the doors of The TARDIS, to travel alongside Peter Capaldi and Jenna Coleman through all of time and space!

Anderson will be playing the role of Danny Pink, a teacher working alongside Clara Oswald at Coal Hill School.  Anderson had this to say in a recent interview…

“I was so excited to join Doctor Who, I wanted to jump and click my heels but I was scared I might not come down before filming started. It’s a quintessential part of British culture and I can’t believe I’m part of it.”

Fans of the classic series will easily remember Coal Hill as the school at which The Doctor’s granddaughter, Susan, briefly attended in 1963 as well as the place of employment for his first two human companions, Ian and Barbara. As a fan of the early years of Who, I must say that I appreciate the fact that head writer, Steven Moffat, has so heavily referenced the pre-reboot stories as of late. With the addition of a new male companion comes a question that is already circulating around the Internet. Will Danny Pink be a love interest for Clara? Now that the young and (sexy?) Matt Smith has regenerated into the mature Peter Capaldi, will Clara turn her flirtatious nature towards her co-worker instead? Or will they keep things strictly professional, or at least as professional as you can when traveling with a mad man in a big blue box?

Personally, I hope they don’t go down that route again. I may be a jaded fan of the way things were done in the old days, but I don’t think romance has to be a constant factor in Doctor Who to keep it interesting. I mean, come on! THEY CAN GO ANYWHERE IN TIME AND SPACE!

Sadly, as Steven Moffat has proven over and over again that he can keep a secret, only time will tell what is to come with this new male companion. “The Expendables 3” Roll Call Trailer is nothing short but AWESOME