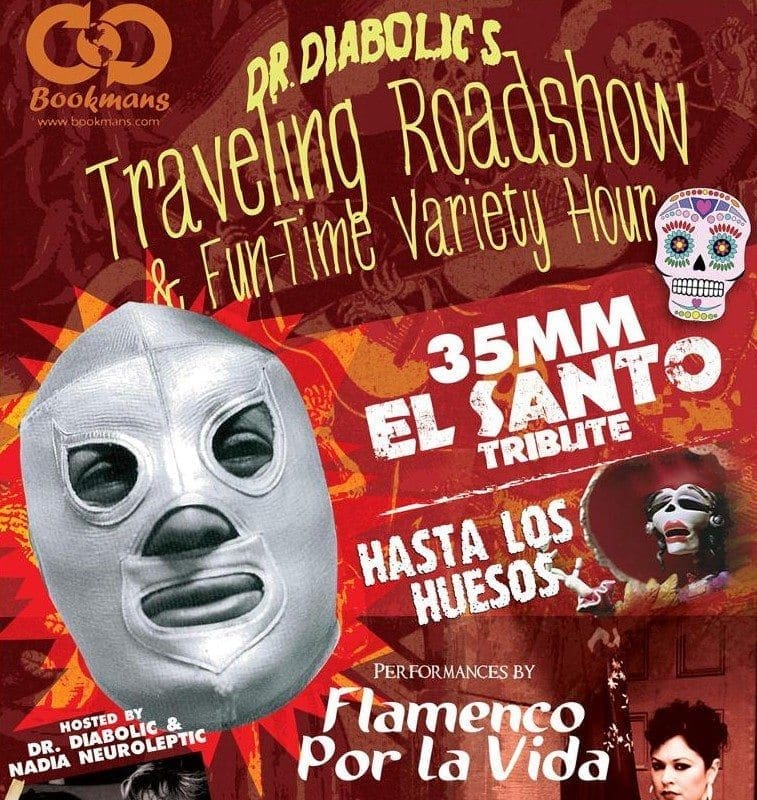 Dr. Diabolic, Phoenix’s newest horror host will present the November edition of his Traveling Roadshow & Fun-Time Variety Hour on November 2nd at 7pm, during First Friday in Phoenix Art Museum’s Whiteman Hall.  The show will feature live Day of the Dead Musical & Flamenco performances, an animated short film and a special 35mm vintage Mexican Film trailer tribute.  Museum admission is complimentary; tickets to the variety show are $15 and will be available at the entrance to Whiteman Hall.  The event is all ages.  A cash bar will be available to 21+ patrons to enjoy before the show.   Presented with support from Bookman’s Entertainment Exchange.

The show will be emceed by Dr. Diabolic and his co-host Nadia Neuroleptic, who will be the audience’s hosts-with-the-most through an evening of performances by local artists, which include:

You can purchase tickets at drdiabolicshow.brownpapertickets.com

Geek’s Night Out and the Arizona SciTech Festival