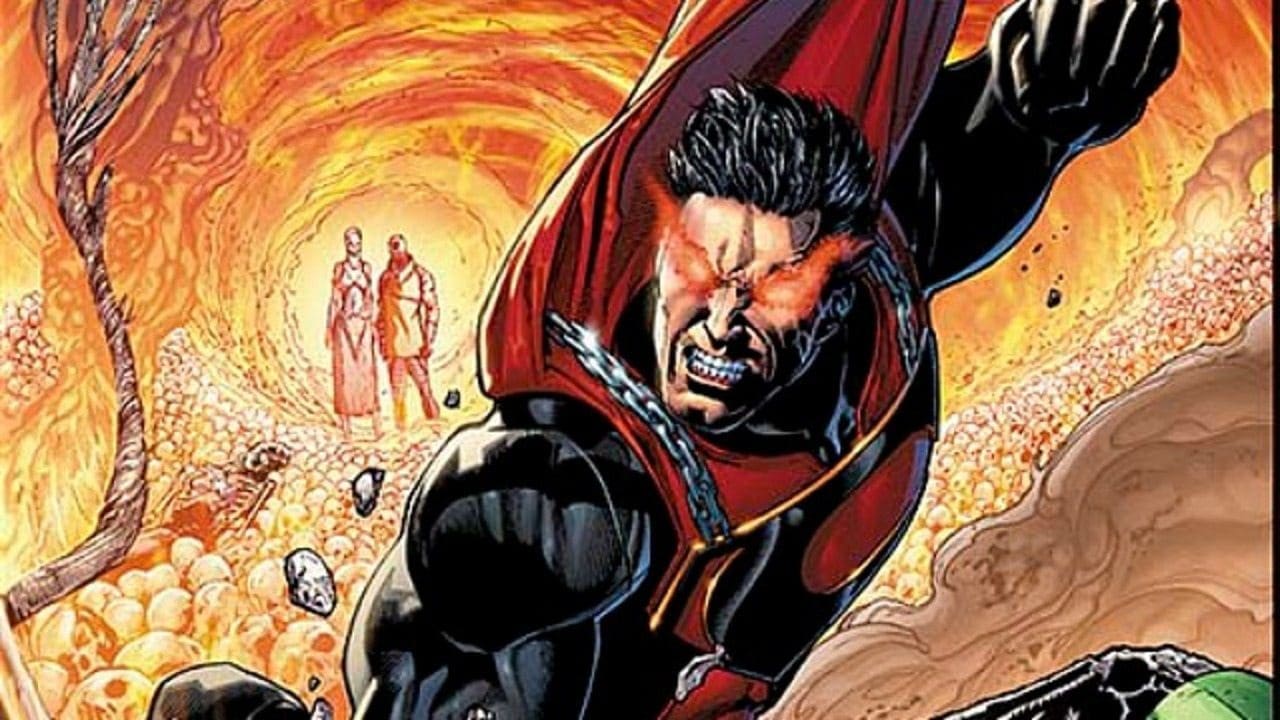 Earth 2 #18 features a lot more Batman than the prior issue which is good because I have no idea what’s going on with Batman in this universe. Back from the dead, this non-Bruce Wayne Dark Knight has a lot of secrets still left to be unearthed, and much like last month’s issue, writer Tom Taylor reveals just enough to keep me jonesing for the next installment. At the same time, however, as a relatively new reader to this series, I feel as though I’m learning next to nothing about any of the other characters. The balance of this issue is amiss; so much panel space is occupied by Batman that the rest of the characters are lost to one-to-two page snippets that seem interjections like rather than the natural flow of the narrative. I’m all for finding out who Batman really is and where’s he come from, but why can’t the Earth 2 heroes be the ones on the case?

Instead, Mister Terrific and Sandman are stuck in the rubble of the Arkham Command Center and Jay Garrick is lobbing stones at Superman to get him to chase him around the world, which seems an awful lot like what was going on in the last issue with these characters. Meanwhile, down in the basement (which is somehow still standing), the bulk of the narrative is taking place as Major Sato and Red Tornado are questioning the questionable Batman. It seems odd to involve Sato in such a capacity since–as she admits here–she never met the previous Batman, but it’s nonetheless entertaining to postulate who this Batman is. His freeing of two of the Arkham Command Center’s prisoners is curious, though I freely admit to having the slightest clue what these new chess pieces being on the board will mean for the series moving forward. That level of uncertainty is what I’m liking most about this series in Taylor’s hands, though I may need to go back to prior issues to get a better understanding for the rest of the cast.

It’s a good thing then that Nicola Scott draws one seriously great evil Batman. Her rendering of this darker Dark Knight is incredibly detailed down to each whisker on his gruff five o’ clock shadow. As always, the action sequences are the best panels, and that’s where the stuff with Superman and The Flash really shines, even though there’s just not enough of it. Scott has to draw a lot of Batman, which again, isn’t a bad thing especially when it’s drawn this well. My biggest fear when it comes to this title in its current state is that when the mysteries behind the resurrection of Batman and Superman finally converge, Earth 2 will become a Batman/Superman title, and we already have one of those.