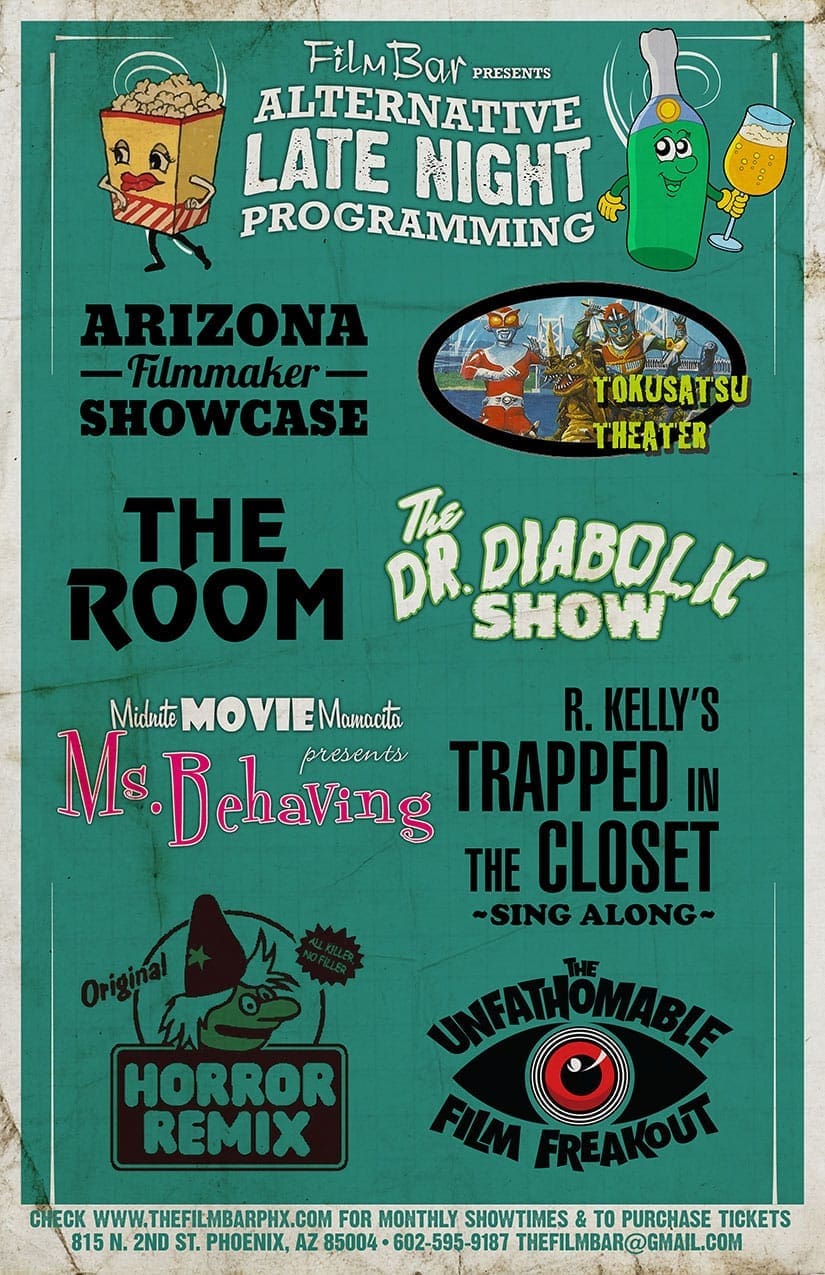 FilmBar having just celebrated its 2 Year Anniversary is proud to announce its new Late Night Programming Series. Beginning in March, weekend late nights will be the new home for 8 Events that range from interactive sing-alongs to a local filmmaker showcase. [pullquote]Tickets, show times & trailers can be found at thefilmbarphx.com. All shows are 21 and over. Beer and wine is served.[/pullquote]