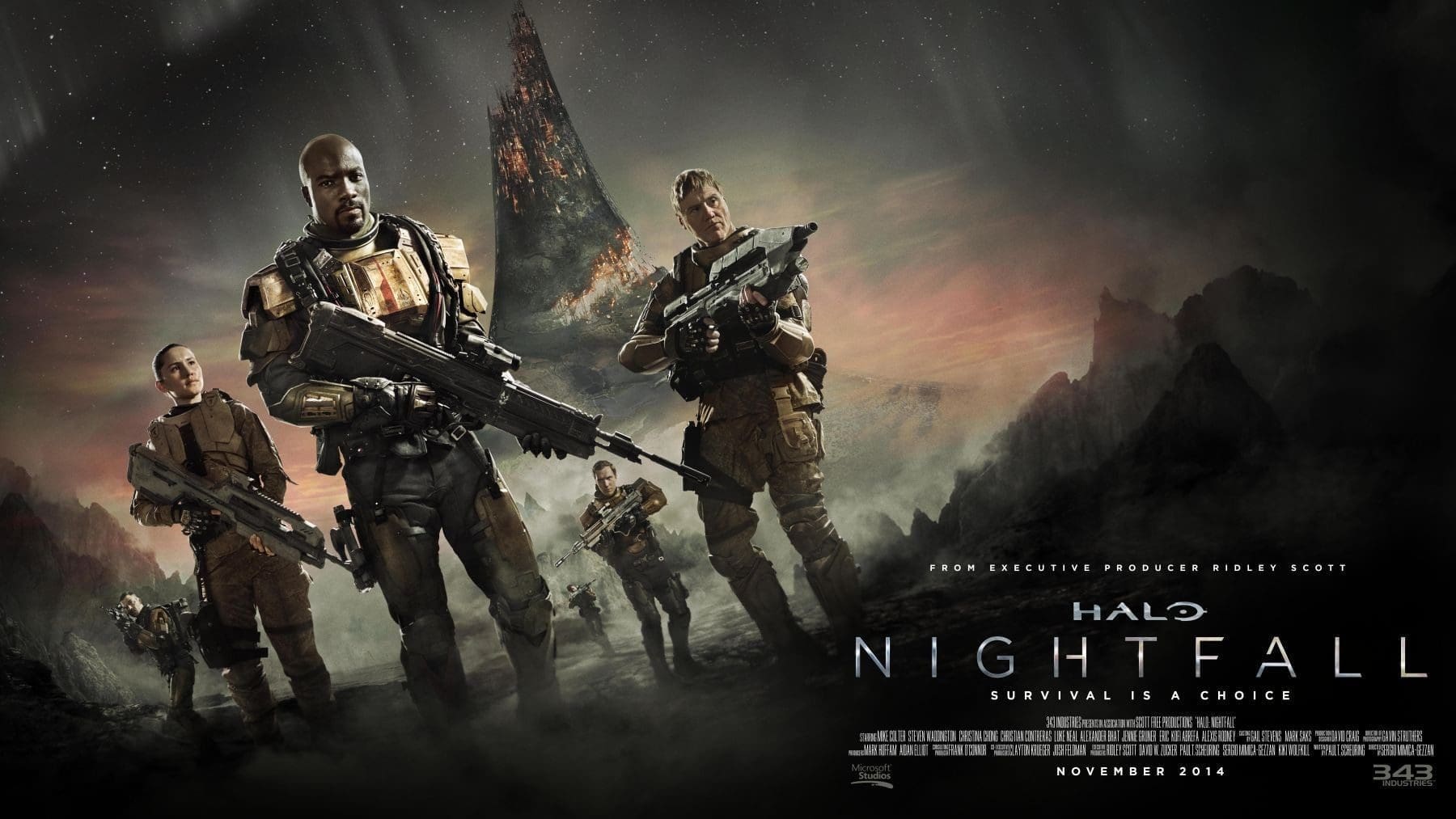 “Halo: Nightfall” tells the personal story of Jameson Locke, a legendary manhunter and agent with the Office of Naval Intelligence (ONI), Earth’s most powerful and secretive military branch. He and his team are investigating terrorist “chatter” on the distant colony world of Sedra, when they are caught in a horrific biological attack.

Led by Locke, ONI agents are forced to coordinate with Randall Aiken, a local commander with a remarkable history and deep-rooted mistrust of ONI. As they unravel a plot that draws them to an ancient, hellish artifact, they will be forced to fight for their survival, question everything, and ultimately choose between their loyalties and their lives.

“Halo: Nightfall” is a live-action digital series from 343 Industries and Scott Free Productions. It continues the tradition of storytelling in the Halo universe, connecting the games and the series in innovative new ways. Executive-produced by Ridley Scott, Scott Free TV President David Zucker, and directed by the award-winning SergioMimica-Gezzan (“Battlestar Galactica,” “Pillars of the Earth,” “Heroes”), “Halo: Nightfall” provides insight into the origin and backstory of Agent Locke (Mike Colter, “The Good Wife”), a pivotal new character in the Halo universe who will play a key role in “Halo 5: Guardians.”

The series will debut on Xbox One this holiday, included as part of “Halo: The Master Chief Collection” and will be accessible digitally on Xbox Live in all regions where the game is available.

·  Steve Waddington (“The Last of the Mohicans”) as Randall Aiken

·  Jennie Gruner (“The Other Side of the Street”) as Samantha Wisner

·  haun Blaney (“Made in Belfast”) as Mason Hundley