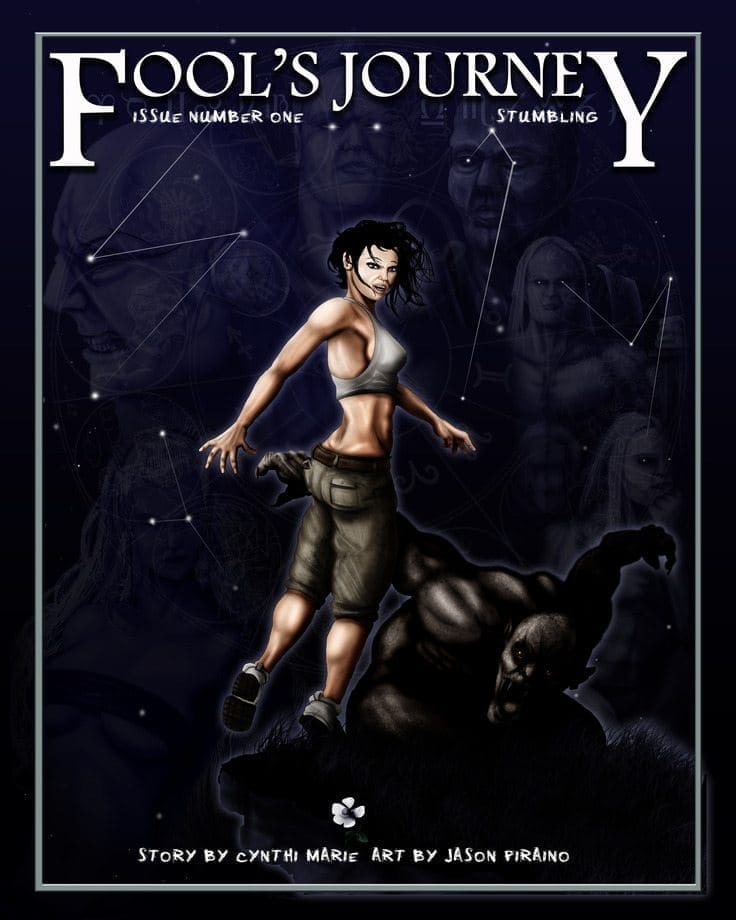 Fool’s Journey might have started out as a novel, but it’s looking to become something more:  a comic book series. Creator Cynthi Marie and artist Jason Piraino are hoping to launch their brand-new supernatural series–about a girl named Desiree Galen that navigates a mystical world of ancient beings–as a print comic with the help of generous donators courtesy of Indiegogo. Right now, Marie and Piraino are looking to distribute print copies of just their first issue (available on stealingshade.indieaisle.com) in order to get the story in front of audiences, but with more funding comes the opportunity to complete this project that Marie has been toiling with since 1994.

With just under a month to go, check out the Fool’s Journey Indiegogo campaign, which includes a short introduction video from Marie and Piraino outlining their intentions for the story and showing off their concept art. Marie has also included the list of various charges and fees associated with getting her project off the ground, which totals $3844. Donations start as low as $5 for a digital copy of the first edition of Fool’s Journey and reach upwards of $500, which nets you a whole cavalcade of bonus prizes but most importantly, the chance to become a recurring character in the series. How awesome would a demon named John be? Okay, not completely awesome but hopefully you can be a little more creative than me.

It’s important to note that unlike Kickstarter, all funds donated to Indiegogo campaigns are still given to the creators even if their projects do not meet their expected goal. In other words, if you want to see this project succeed, do not hesitate to donate. Marie will print as many copies as her donations allow, so make sure you get yours before the campaign ends on January 1, 2014.

New images and synopsis for Avengers: Age of Ultron!