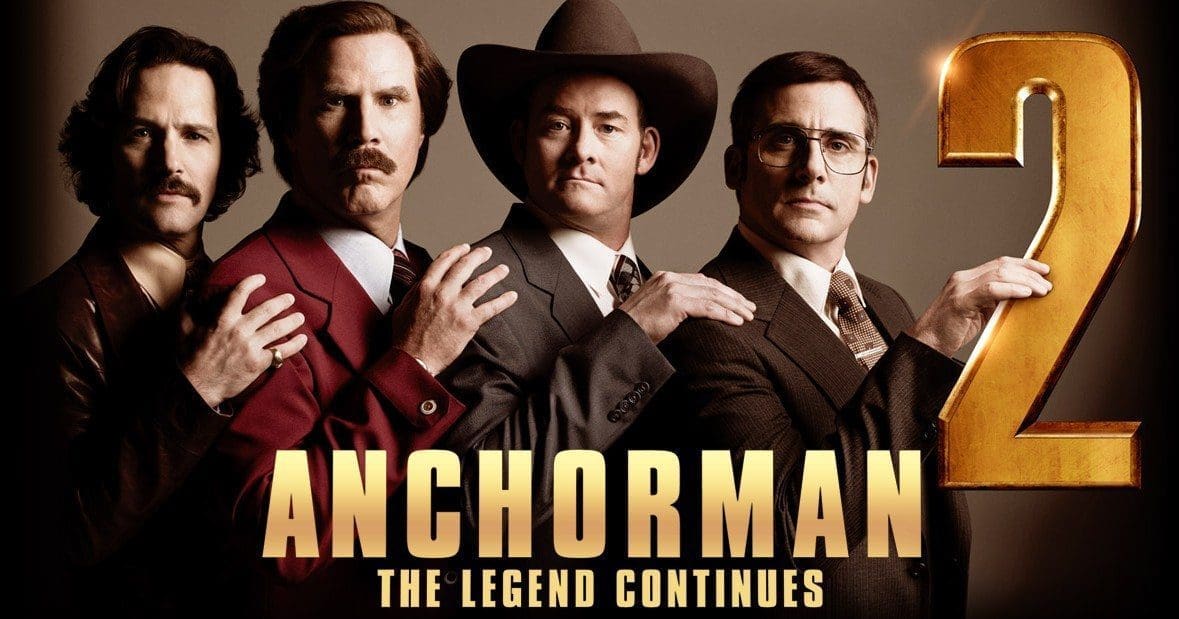 Paramount Pictures and Gary Sanchez Productions today announced an unprecedented theatrical release of an all new cut of the hit film “ANCHORMAN 2: THE LEGEND CONTINUES,” starring Will Ferrell, in theaters in the U.S. and U.K. beginning February 28th for one-week only.

“When my editor told me we had a whole different version of the movie that was more than two hours long with nearly 800 new jokes, I was shocked. But when Paramount said they were actually going to put it in theaters, I did an 1950’s spit take.  If you’re a hardcore Anchorman fan go see this. If you’re not, stay very far away,” said writer / director Adam McKay.

“ANCHORMAN 2: THE LEGEND CONTINUES,” a sequel to 2004’s cult film “ANCHORMAN: THE LEGEND OF RON BURGUNDY,” was released in theaters on December 18, 2013 and has earned more than $170 million at the worldwide box office to date.

For ticketing info, go to www.AnchormanMovie.com

With the 70’s behind him, San Diego’s top rated newsman, Ron Burgundy (Will Ferrell), returns to the news desk in “ANCHORMAN 2: THE LEGEND CONTINUES,” which opened in theaters everywhereDecember 18.  Also back for more are Ron’s co-anchor and wife, Veronica Corningstone (Christina Applegate), weather man Brick Tamland (Steve Carell), man on the street reporter Brian Fantana (Paul Rudd) and sports guy Champ Kind (David Koechner) – All of whom won’t make it easy to stay classy… while taking New York and the nation’s first 24-hour news channel by storm.  Produced by Judd Apatow, Will Ferrell and Adam McKay. Written by Will Ferrell & Adam McKay.  Directed by Adam McKay.