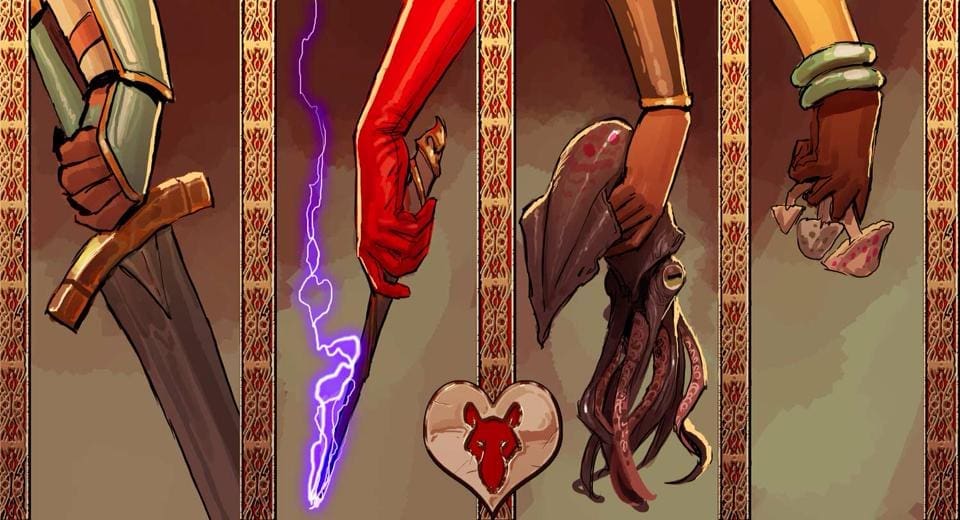 SUNSTONE artist Stjepan Sejic
to team up with series writer Kurtis Wiebe
Image Comics/Shadowline’s New York Times bestselling high fantasy series RAT QUEENS written by Kurtis J. Wiebe will welcome a new artist: Stjepan Sejic of the #1 Amazon bestseller SUNSTONE for issues 9-11.The RAT QUEENS SPECIAL: BRAGA #1 will feature guest artist Tess Fowler and release on January 14. Sejic’s art will premiere in the following issue, RAT QUEENS #9, on February 25. The series will be monthly with #12 soliciting for a May release.

“Having admired Stjepan’s work at Top Cow for some time now I’m extremely excited about his coming on board to Rat Queens,” said Jim Valentino, Vice President of Image Comics. “He will usher in an exciting new era for one of our most popular titles.”

Wiebe added: “I’m excited to have Stjepan bring the Rat Queens to life in his distinctive style, a voice that understands both the heart and the humor of Hannah, Dee, Betty and Violet. The future of the series is brighter than ever and we’re looking forward to getting new issues out to fans.”

“The Supernaturals A Ghost Story” by: David L. Golemon