If we don’t confront the ghosts of our past, they will come back to haunt us

These words are the premise of what is a terrifying movie. Watching Insidious was like having a sleepover at my cousin’s house and having him convince me his paintings were haunted. Something about the latest installment brought forth a different kind of nostalgia. Not the usual nostalgia that you get when you’re on your NES and playing Duck Hunt with some pals, it’s the kind of nostalgia that reignites your childhood fears. That is probably what made this movie so believable. For a film with the premise about a demon with keys for fingers, you don’t question a lot of what is going on. You’re either too scared or thinking too much about when you’re going to be scared next! Director Adam Robitel is a great storyteller and certainly knows how to create a space in which you can find yourself equally fearful and intrigued. So let’s take a closer look at my Insidious: The Last Key review!

Fans of the previous Insidious films will know how creepy they can get. Not only should you expect some nightmares to follow, you can guarantee a pretty good story! If there’s something that horror movies in the current age have been missing, it’s a decent plot. The Insidious movies have a very strong cast of characters, especially when it comes to Lin Shaye who plays ghost hunter Elise Rainier. With little doubt, she is certainly the heart of the series. Her portrayal of the psychic detective was only complimented by her two sidekicks Tucker and Specs portrayed by Leigh Wannell and Angus Sampson, respectively.

Between the “chapters” of horror were intermissions of comedy relief that allowed the audience to let their guard down, get a moment to recoup from some intense moments, and learn more about the backstory of Elise Rainier. Having to confront one’s own past can probably be the scariest part of one’s life. And that’s probably because we learn to shut out the things that cause us pain. It’s a very human thing to do, after all. We don’t like the discomfort of knowing our true selves. So even though we get a break from the jump scares, and even laugh at some of the awkward sidekick hijinks, we are constantly reminded that the true horror story is reliving what has already happened.

The movie contains your typical tropes that come with a classic horror flick. The jump scares, misdirected jump scares, and random parts with loud audio. Although these are indeed tropes you can expect, Robitel has unique ways of using them to keep you on your toes! Too often have I found myself expecting the scares and the plot twists in similar works. Being able to sit through Insidious: The Last Key and be caught off guard at every corner was oddly refreshing. It’s not just the film mechanics you are surprised by, the story takes abrupt turns that throw you off the trail. The more you watch, the deeper you fall into the “Further” (basically the spirit world), and as you unlock more and more doors you learn about what drives each of the main characters, and maybe… what drives you.

Some may ask if they need to watch the other three Insidious films in order to understand The Last Key. To that, I say not at all. You may miss some plot points, but the movie does a good job at reintroducing those themes and recaps everything nicely. This one definitely can stand on its own. When you do go watch it, I challenge you to ask yourself, “What are you most afraid of?” Is it the dark? Being alone? Not being heard? Whatever it is, it may not always be obvious, but it will always be something Insidious.

Insidious: The Last Key is now in theatres, January 5th, 2018

About Insidious: The Last Key

Synopsis: Ghost hunter Elise Rainier returns to her childhood town of Five Keys, Texas when she receives a phone call to undertake her hardest and most insidious task yet. Confronting the demon that haunted her house as a kid. Learn about her grisly past as the most primitive fears plague the aged psychic and her lovable sidekicks. Following suit with the two previous chapters, Insidious: The Last Key unlocks a new story with a daunting future. 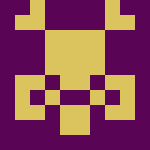