Recently, IGN released their Top 100 Video Games of All Time list. Given that IGN is widely considered an authority, if not THE authority, on the subject of video games, I’d like to take a closer look. I won’t be picking apart the list or countering their opinions with my own, rather, I’m going to dive in and search for any correlations between the games and what lends to their success.

First off, let me just say that this entire list is the nostalgia trip you never knew you needed. It took far longer than it should have for me to finish reading since I kept stopping to reinstall most of them on my PC, find an emulator, or add them to my wishlist, which leads to the first point I want to bring up. I Haven’t played every game on the list, but having sunk many hours into well more than half of them, it’s apparent that the first and most prevalent correlations between them are the level of engagement and emotion these games evoke. Whether you’re Commander Shepard advertising your favorite store on the Citadel, going infinite with Quadra Magic and Knights of the Round combo on Emerald, finding out for the first time the true identity of Darth Revan, or being told, yet again, that the princess is in another castle, each of these games truly wrangle you in and transport you into an alternate reality in their own unique way.

The next two major similarities between many on the list I noticed right away are longevity and branding. Now I know full well that a game’s success isn’t inherently guaranteed simply by being aboard the brandwagon. In fact, many games have fallen prey to the curse of brand expectations. Take Mass Effect Andromeda. In the wake of the wildly successful original series, most will agree that the highly anticipated follow up story missed the mark by more than one mass relay jump. In spite of the obvious blunders, it’s apparent that franchise recognition lends to some of the major successes on the list. A large number of gamers will always be interested in the next Batman, Star Wars, Mario, Zelda, and Final Fantasy game. The history, success, and name that these franchises have established over as much as 30 years in some cases leave gamers pining to relive the nostalgia through something new, yet familiar.

We can go on and on about the similarities between these games, but as I read and ponder these, I realize that each of these hits brings something new and unprecedented to the scene. They have to. Especially sequels and continuations of franchises. Again, people need that familiarity with a world, realm, or setting they’ve been in before, but there has to be something new to hook a player or the experience will stagnate. That difference and nuance that each game brings are ironically what brings them together on this list of greats.

So aside from all of the obvious classics that most of us agree on, we have a few indie titles that make the list, namely Undertale. This game, in particular, took the formula for a standard RPG and flipped it on its head by taking the complexity out of the mechanics of the game and dumping it into a dynamically structured decision-making system. Now, this isn’t a new concept, but rarely in a game do your choices carry so much weight that they have a real-time lasting impact on the world as a whole, as opposed to just slightly altering future interactions with other characters later in the game. Undertale truly brought something to the table to contend with the heavy hitters and raised the bar. I don’t believe this sort of intervention could have happened 20, 15 or even 10 years ago as amateur or independent game development simply didn’t, and couldn’t exist until recently, which leads me to believe and hope that more and more individuals and small development groups will continue to challenge and change the culture and economy of game development as we’ve known it thus far.

So really what I primarily gleaned from this top 100 list was a list of 100 games I need to go install and replay. Which of these are your favorites? Are there any games you think should be on the list that isn’t? Do other real-world factors like economics or political climates contribute to games anticipated success or failure? What does the breath of the wild actually smell like? Everyone’s entitled to their wrong opinion. Let’s hear yours! 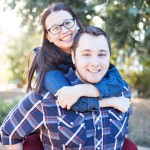