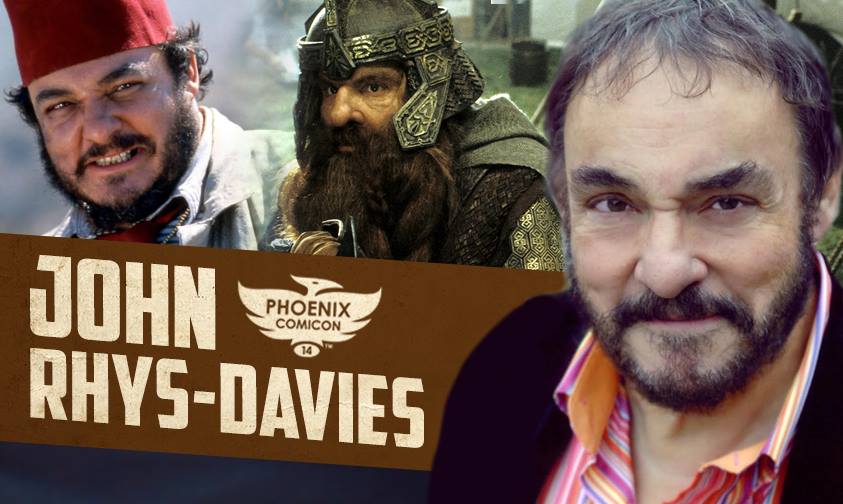 Phoenix Comicon is proud to announce actor  John Rhys-Davies will be joining us for Comicon 2014.

John Rhys-Davies is perhaps best known for his rolls as the dwarf Gimli in the The Lord of the Rings Trilogy and as Sallah in Indiana Jones.

“John Rhys-Davies is an actor who has lent his talents to several very iconic film series. We are all very excited to have him joining us for 2014.” Says Convention Director Matt Sorberg.

He has also worked on Star Trek: Voyager, Sliders, The Untouchables, The Living Daylights and more. John has also lent his distinctive voice to many characters in video games and animated features including Wing Commander, Justice League, Gargoyles, and more.

Phoenix Comicon is the signature pop culture experience of the southwest. Comicon is presenting guests and programming for hobbyists by attracting the top segments of the comics, anime, sci-fi, film, tv, and gaming industries. Entering its twelfth year, Phoenix Comicon is expected to draw over 65,000 attendees to its June 5-8, 2014 convention held at the Phoenix Convention Center and Hyatt Regency in Downtown Phoenix.