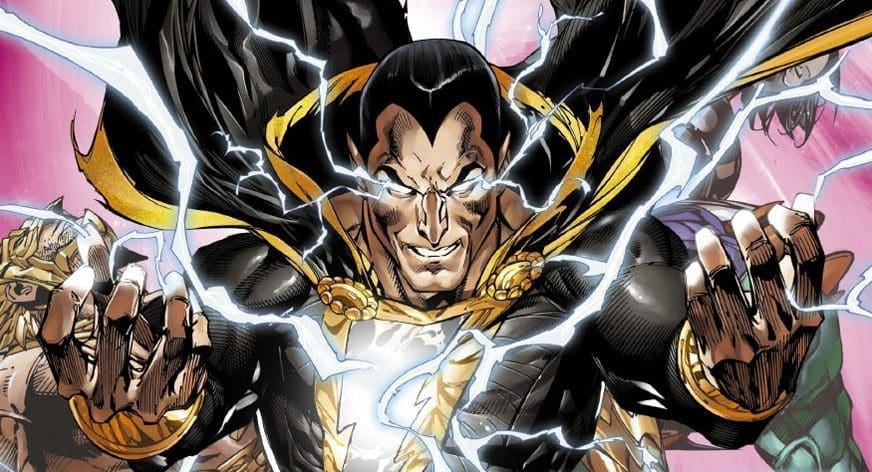 In Justice League of America #7.4: Black Adam #1, the savior of Kahndaq himself intones that, “the world belongs to no one” but when it comes to the company-wide Villains Month event at DC, it certainly belongs to Black Adam. Forgoing the diluted mix of origin tale and ramifications of Forever Evil seen in other books this month, story creators Sterling Gates and Geoff Johns are simply building on their Black Adam legend from the pages of Justice League, begging a serious question as to the reason behind this book falling under the Justice League of America title, but so it goes. Justice League and JLA readers alike should pick this one up, as should those readers growing weary of the forgetful tales being told this month.

Johns and Gates are both credited as contributors to a story that begins not so much as an origin for Adam as much as it is a comprehension for his motivations and Gates, serving as the actual writer, manages it within one singular panel. Kahndaq had a ruler named Ibac that killed Adam’s entire family and the Gods saw to it that Adam got the power to take his revenge. That’s it. It’s all that needs to be said in order to dive into the rest of what Gates and Johns offer, the struggle of an activist troop known as the Sons of Adam to overthrow the American-installed ruler of Kahndaq. It can be incredibly on-the-nose with its real-world implications, but Gates writes an honest to goodness arc for his main character, Amon, who is recruited by the Sons of Adam to read some ancient text that will hopefully bring about the resurrection of Black Adam. Spoiler alert: It works. Further spoilers: Adam is not too keen on the new government in Kahndaq.

Edgar Salazar’s art leads with expressive facial features first and foremost, blending perfectly with the emotional conclusion of the issue. From Amon’s dramatic reading of the ancient scroll to the fierce battle cries of the Kahndaq military attempting to stop him, Salazar draws all the right emotional beats to keep the stakes high throughout. There is a slight dip in art consistency when it comes to the rendering of Adam himself, though Salazar still manages to render him with a great intensity befitting this story. In the one moment where the events of Forever Evil bleed into the narrative Adam is at his most impressive, as if telling the Crime Syndicate to get out and that Black Adam rules this month.

CFG Podcast #9 Some Old, Some New