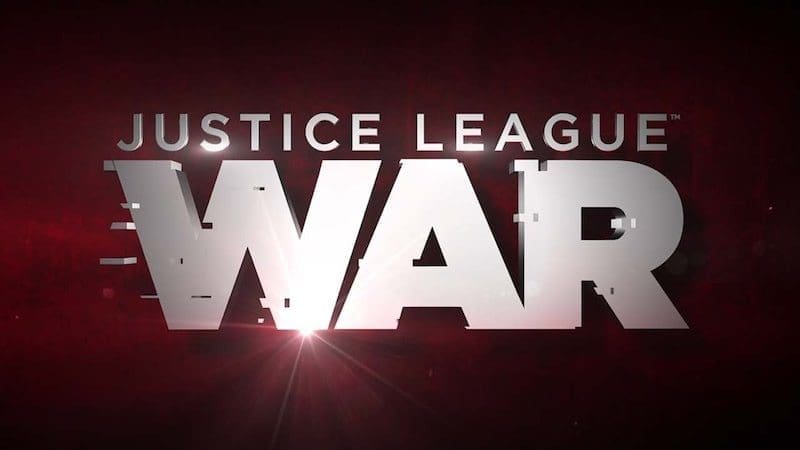 Justice League: War is the latest shot fired from the animated side of the DC Universe, which, unlike its live-action counterpart, continues to go unrivaled on the cinematic battlefield against the rival Marvel Studios. Although this is not the strongest effort to come out of Warner Brothers Animation, this full-length animated feature is a notable step in crafting continuity similar to the one represented in DC’s line of comic books, which was the recipient of an unprecedented reboot in 2011. As such, Justice League: War depicts the moment in this new restarted universe that the world became less mistrusting of superheroes, specifically those heroes involved in the first-ever team-up of what would be later known as the Justice League. Yet the film, torn between being an origin tale, a contemporary commentary, and a straight-up action spectacle, has trouble deciding on which avenue to take and ultimately falls back on its WHAM!-POW!-BAM! moments to carry its narrative forward.

That narrative is pulled right from the comics, specifically the Geoff Johns-written “Justice League: Origin,” a name that DC might have been wise to borrow for the film adaptation as well just to clue the audience in that this is supposed to be the start of their new animated cinematic universe. Naturally, comic readers will be less lost than those coming in uninitiated with the source material, but thankfully the plot is simplistic enough that no prior knowledge is absolutely necessary. Parademons—flying creatures that are like mechanical harpies—are creating portals in major cities like Metropolis and Gotham that allows the villainous Darkseid (voiced by Steve Blum) to invade Earth and only some sort of league of superheroes dispensing justice can stop him. Even though they’ve never met before, it’s up to Batman (voiced by Jason O’Mara), Green Lantern (voiced by Justin Kirk), Superman (voiced by Alan Tudyk), Shazam (voiced by Sean Astin), Wonder Woman (voiced by Michelle Monaghan), The Flash (voiced by Christopher Gorham), and Cyborg (voiced by Shemar Moore) to defend the Earth from Darkseid’s attack.

Coming out of a book with the subtitle “Origin,” it’s no surprise that Justice League: War attempts to acclimate viewers with its heroes, and one of the film’s strengths is in its ability to truncate these origins as to not bog down the plot in unnecessary details. For instance, the film assumes that everyone under the sun knows the origin of Batman, Superman, and Wonder Woman and wisely chooses to forgo mention of their humble beginnings. Details on the slightly lesser known heroes like The Flash and Green Lantern are cleverly exposed through one-scene reveals; like when we first meet Barry Allen (The Flash) he’s wearing a CSI jacket while walking into a lab that reads “FORENSICS”, or the moment in which Batman steals Green Lantern’s ring, exposing Hal Jordan in his test pilot regalia underneath. It gives just enough information on who these heroes were before they were imbued with superpowers to make them significantly less alien to an audience that might not be familiar with them.

While the film pares down the origins of most of its heroes, it focuses heavily on the transformation of Victor Stone into Cyborg with a vastly compelling but overly melodramatic father-son subplot that’s been done to death in the movies. You’ve all seen the film about the father that is just so devoted to his job that he misses all his son’s games. Imagine that but then when the son comes to visit his father at his job, an alien bomb explodes and takes a third of the son with it. Granted, the actual sequence in which his desperate father turns Victor into Cyborg is cinematically satisfying (except for the strange inlay of Wonder Woman learning about ice cream), but some of the beats that come before it—like the empty “reserved” seat for Victor’s father at his football game—play heavily to sentimental tropes. It’s also kind of bizarre that Shazam, who is arguably the least known member of the team in this modern age, is not given a proper origin. Aside from showing him as the mischievous and underprivileged Billy Batson, Shazam is treated as a known quantity.

In terms of handling the sheer number of heroes that Justice League: War contains, the film’s most prominent flaw is its mixed-bag result of cramming all of these personalities into one 80-minute film. Green Lantern is the ineffable standout character; his one-liner exchanges with Batman during the opening moments of the film (“Darkseid, what’s that a band?”) are perfectly delivered by Kirk, who might just be a better Hal Jordan than Nathan Fillion. On the other end of that spectrum, however, is Wonder Woman, who the film treats with flippant interest. Right out of the gate, she’s called a “whore” and a “bimbo,” serving only to deliver a strangely placed commentary on the costumes of contemporary female heroes (“My outfit makes me feel powerful”). Not to mention Monaghan’s vocal delivery of the character is stilted, making a line like, “I’m a warrior” sound more like, “I. Am. A. Warrior.”

Ultimately, however, Justice League: War turns into a straight-on action flick, and in that regards, it’s entertaining. Animation in these action sequences, of which there are plenty, is of the top-notch work that has been seen in these DC projects as of late, and the voice acting, though not perfect (O’Mara’s Batman voice comes to mind), does do these characters justice, especially to those just coming into this world for the first time. Warner Brothers Animation has shown that it takes this comic book material seriously, with its two prior films, Flashpoint Paradox and The Dark Knight Returns being prime examples, and while Justice League: War isn’t near the echelon of those aforementioned films, it does do right by the source material. In a world in which DC cannot put together a live-action Justice League film, Justice League: War provides a more than adequate representation of the world’s premiere superhero team.

Synopsis: The world’s finest heroes found the Justice League in order to stop an alien invasion of Earth.