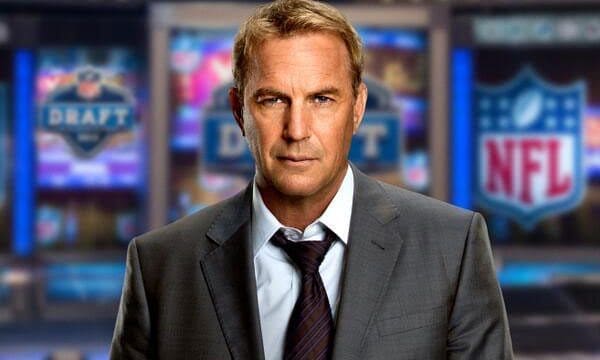 WASHINGTON D.C. – Academy Award® winner Kevin Costner will receive the “2014 Cinema Icon Award” at this year’s CinemaCon, it was announced today by Mitch Neuhauser, Managing Director of CinemaCon. CinemaCon, the official convention of The National Association of Theatre Owners (NATO), will be held March 24 – 27, 2014 at Caesars Palace in Las Vegas. Costner will be presented with this special honor at the “CinemaCon Big Screen Achievement Awards” ceremony to take place on Thursday evening, March 27, in The Colosseum at Caesars Palace. The Coca-Cola Company, the official presenting sponsor of CinemaCon, will host the final night gala awards program.

“With over four decades both on screen and behind the camera, Kevin Costner has entertained audiences with memorable performances and mesmerized them with his exceptional filmmaking ability,” noted Neuhauser.  “With films like ‘The Untouchables’, ‘Bull Durham’, ‘Field of Dreams’, ‘Dances with Wolves’, ‘Open Range,’ ‘Man of Steel’ and ‘Jack Ryan,’ Costner’s contribution to the movie-going experience is unparalleled. CinemaCon could not be more honored to present him with the ‘2014 Cinema Icon Award.'”

Costner can be seen this spring starring in “Draft Day” which is set to be released by Summit Entertainment, a LIONSGATE company, on April 11, 2014. “Draft Day” is produced by Summit, Montecito Picture Company and OddLot Entertainment.  On the day of the NFL Draft, general manager Sonny Weaver (Costner) has the opportunity to rebuild his team when he trades for the number one pick. He must quickly decide what he’s willing to sacrifice in pursuit of perfection as the lines between his personal and professional life become blurred on a life-changing day for a few hundred young men with dreams of playing in the NFL. Directed and produced by Ivan Reitman, “Draft Day” also stars Jennifer Garner, Denis Leary, Frank Langella, Sam Elliott, Sean Combs, Terry Crews, Chi McBride with Ellen Burstyn and Chadwick Boseman.

With a career beginning in independent films before gradually earning small parts in more established movies, Costner made his major motion picture debut in the coming of age comedy, “Fandango.” He has gone on to appear in a variety of films including “No Way Out,” “Bull Durham,” “Field of Dreams,” The Bodyguard,” “Wyatt Earp,” “JFK,” “Robin Hood: Prince of Thieves,” “Tin Cup” and “Three Days To Kill.” In addition to “Draft Day,” Costner can soon be seen in “McFarland” for Disney and “Black & White,” which he self-financed, produced and co-stars with Octavia Spencer. Costner’s filmmaking abilities have been showcased in memorable films such as “Dances with Wolves,” which he produced, directed and starred in, and which won seven Academy Awards ®, including Best Picture and Best Director. Costner also directed and starred in “The Postman” and the critically acclaimed “Open Range.”

In addition, Costner starred in the History Channel’s record-setting mini-series The Hatfields and McCoys: An American Vendetta in which he portrayed “Devil” Anse Hatfield, the patriarch of the famed clan.  He also served as a producer of the series, which received 16 Emmy Award nominations, winning the Best Actor in a mini-series or movie Emmy for Costner.  He also received the Golden Globe and Screen Actors Guild Awards for his performance.

Exclusive video from the set of STAR WARS: EPISODE 7