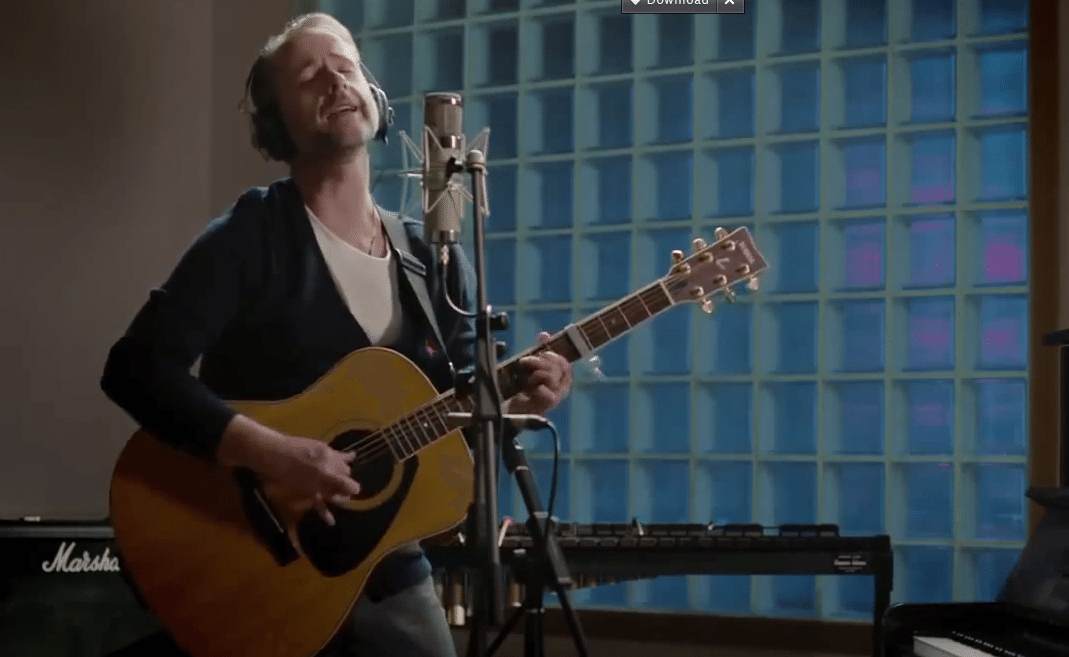 When it came to finally bid farewell to Middle-earth after 16 years and six epic films, Peter Jackson gave the last word to one of the original members of the Fellowship. Billy Boyd, who portrayed loyal hobbit Pippin in the Lord of the Rings trilogy, collaborated with Jackson, Fran Walsh, and Philippa Boyens to write “The Last Goodbye,” the song that will play over the credits when The Hobbit: The Battle of the Five Armies opens on Dec. 17.

“We had to get the song just right, to send the audience out of the movie theater in the most perfect way we could,” says Boyd, in an e-mail. “But I don’t think it was until I was sitting on the long flight down to New Zealand that I started to really think about what the song would be. Luckily all the Middle-earth movies were on the flight so I could remind myself of them as I flew south.”

If you thought the ballad stirred some powerful goosebump emotions when it debuted online last week, you haven’t got a prayer this morning. EW has the exclusive music video for the franchise-capping song, and it includes Boyd’s performance, mixed with classic scenes from the series and touching behind-the-scenes footage of your favorite characters. This is the moment when you suddenly panic that the amazing journey is really coming to an end.

Boyd, who fronts the band Beecake, landed in Wellington and watched The Battle of the Five Armies alone before the musical themes began to percolate in his mind. “After seeing the film, I went to my room and I started to put down some ideas, and along with Fran and Philippa, we started to sculpt the song we thought the movie needed,” he says. “A lot of ideas took us to dead ends or we found the tone wasn’t just right. I think we discovered very quickly this wasn’t just a song to end The Battle of the Five Armies—it was a song to say goodbye to Middle-earth.”

With Abbey Road’s Peter Cobbin and Kirsty Whalley in New Zealand working on the film’s sound, Boyd recorded the song in their Wellington studio. “The Lord of the Ringsfilms were such a special time for me in many ways—working with Pete, Fran and Philippa, being in New Zealand, being part of Professor Tolkien’s work or even just the incredible friends I made,” says Boyd. “And being asked to go back to that, to work in that wonderful fantasy world again and to be singing the song that says goodbye to Middle-earth for everyone involved and the fans who took this beautiful journey with us is truly a great, great honor.”

The soundtrack for the final Hobbit film arrives on Dec. 9, and can already be pre-orded from iTunes and Amazon.