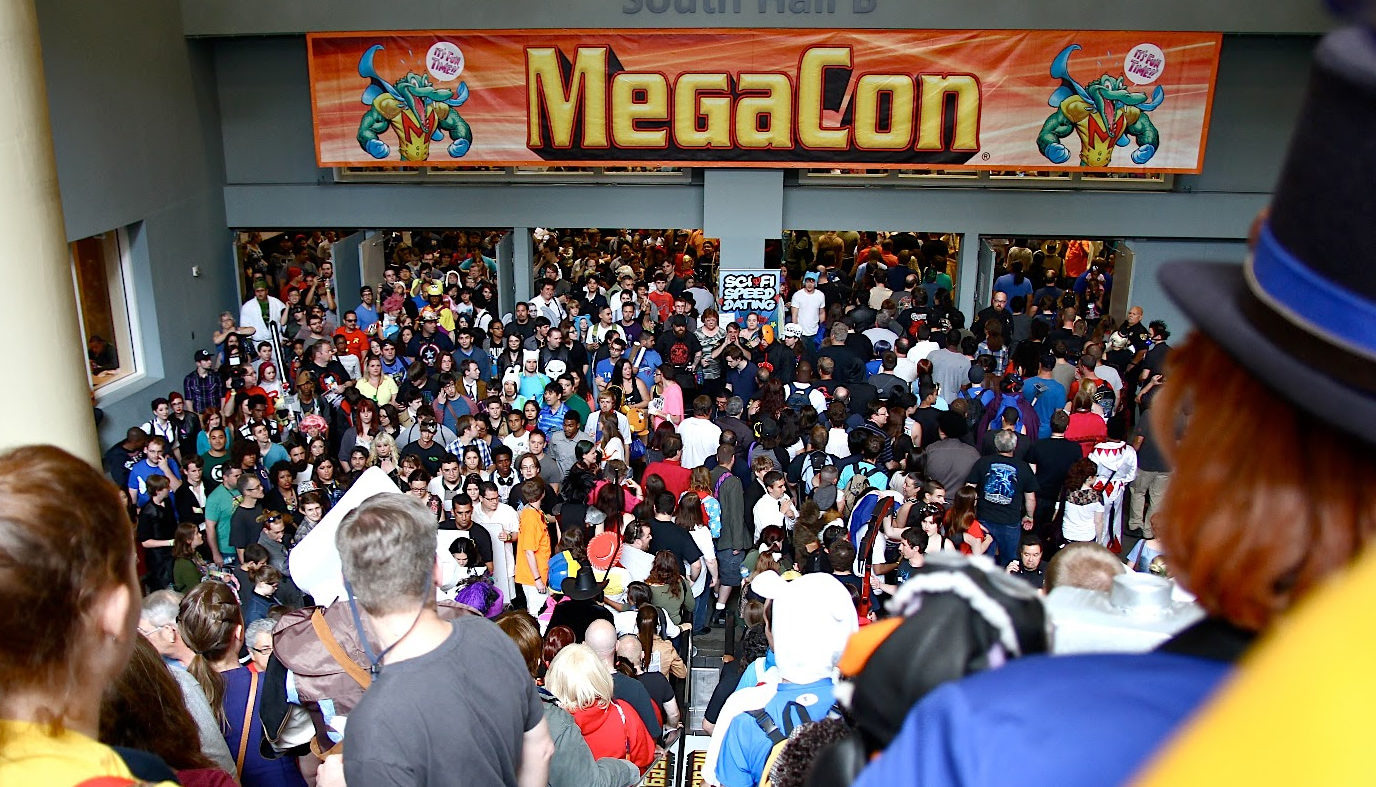 On May 24, 2018, Megacon will return to the Orange County Convention Center for four days of celebrity guests, panels, cosplay, vendors, artists, authors, contests, and other events (such as film screenings, workshops, and seminars) related to all things pop culture.  This year’s event has a few new tricks up its sleeve, so if you’ve considered going in the past, this might be the year to make the pilgrimage to Orlando, Florida!

Even though we’re still over a month away from the convention, a great list of guests has been announced for MegaCon, including several mini-reunions of fan-favorite shows and movies.  For example, Lucy Lawless and Renee O’Connor from Xena: Warrior Princess will be in attendance.  Fans of The Princess Bride will be happy to know that Cary Elwes, Chris Sarandon, and Wallace “Inconceivable!” Shawn will be in attendance, as well.  There will also be multiple guests from The X-Files (Mitch Pileggi, William B. Davis, and Annabeth Gish) and Black Lightning (Cress Williams, Nafessa Williams, and China McClain).  Wrestling (or sports entertainment if you’re Vince McMahon) fans will certainly get their fix, as well, as John Cena, Chris Jericho, Alexa Bliss, Shinsuke Nakamura, and Braun Strowman are all scheduled to appear.

Those guests are only the tip of the iceberg, as mega-stars Jeff Goldblum (Jurassic Park, Independence Day, and about 50 other blockbuster movies), Jason Momoa (Justice League), Elijah Wood (The Lord of the Rings trilogy), Charlie Cox (Netflix’s Daredevil), and Karl Urban (Star Trek and Thor: Ragnarok) will also be in attendance.  These are just a few of the big names that will be at the event.  If you’d like to see the complete roster of celebrities, they’re listed HERE.

Now, movie and television stars are great, but MegaCon also boasts a list of comic book artists and writers that are growing by the day.  Big names such as artist and publisher Jim Lee, Deadpool creator Rob Liefeld, and artists J. Scott Campbell, Amanda Conner, and Neal Adams are already signed up, and more are certainly like to join them.

In addition to celebrity and comic book guests, MegaCon is sure to have a great group of cosplayers, voice actors, vendors, and authors.  You can check out the entire lineup of attendees at MegaCon’s website, which you can access HERE.

A City Made for Fans of All Things Geek!

Not only is MegaCon a great event, but it’s being held in a pretty cool city, especially for geeks.  The Orange County Convention Center is a quick drive from Walt Disney World (including The Magic Kingdom, EPCOT, Animal Kingdom, Hollywood Studios, AND the revamped Disney Springs), Universal Studios and Islands of Adventure, and Sea World.  The venue’s also within walking distance to Dave and Busters, a Ripley’s Believe it or Not museum, WonderWorks, at least two escape room venues, the Orlando Eye (a giant Ferris wheel providing a view for miles), and several food and entertainment options to keep you busy after a day at the convention.

Hotel options are also plentiful, but since the convention is on a holiday weekend and the area is extraordinarily popular with tourists from all over the world, some planning and reservations are highly recommended.  You can see a list of hotels associated with the event on MegaCon’s website HERE.

A New Competition to Crown a Cosplay Champion!

In addition to some new faces as far as celebrities and vendors go, there’s going to be a new event at this year’s MegaCon will feature the Master of Cosplay Grand Prix, a brand-new cosplay competition joining the lineup of programming at this year’s event.  MegaCon Orlando will host the southeast qualifier on Saturday, May 26 during the convention.

Cosplayers from around the country have been competing in qualifying contests at multiple conventions including Fan Expo Dallas, Calgary Comic, and Entertainment Expo, and will continue in Fan Expo Boston.  The last stop will be Fan Expo Canada in Toronto on Labor Day weekend (August 30 through September 2).

The southeast qualifier happening in Orlando consists of four divisions based on skill level and include the Masters’ Division, Journeyman Division, Novice Division, and Youth Division. Each division winner will receive a variety of prizes such as tickets to next year’s event to cash prizes. The grand prize winner will receive an all-expense-paid trip to Fan Expo Canada in Toronto to compete in the final round of the Master of Cosplay Grand Prix. During the final showdown, contestants from each of the qualifying rounds will compete for the ultimate prize of $5,000 and be crowned Fan Expo’s very first Master of Cosplay Champion.

You can learn more about the competition (and how to enter) on MegaCon’s website HERE. 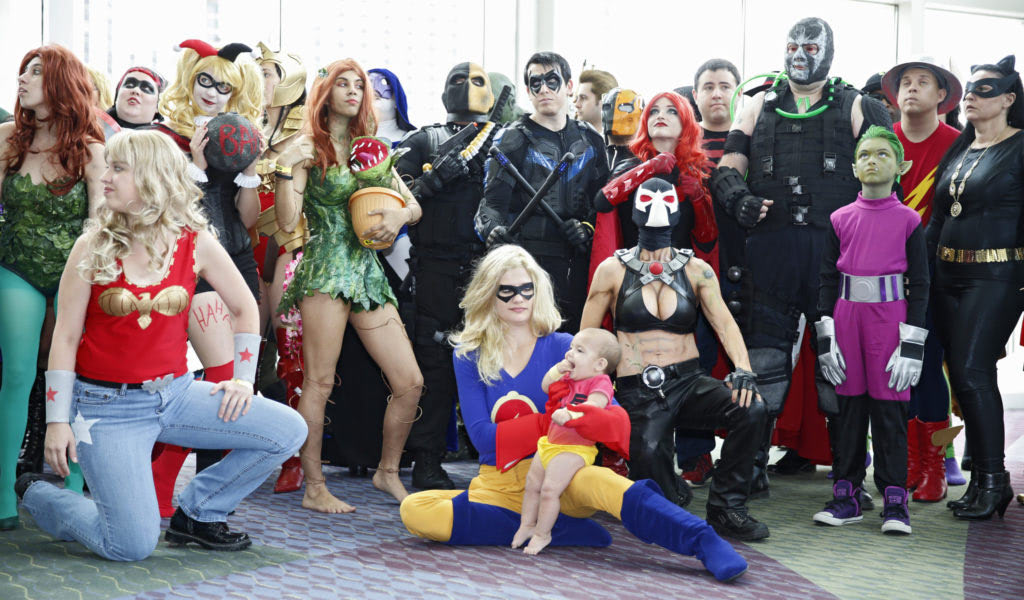 What to Know Before You Go

Large conventions like MegaCon can be a blast, but they can also fall short of expectations if you don’t come prepared.  It doesn’t take a lot of extra work; a little bit of planning goes a long way.  Here are some pointers for having a great convention experience.

Tickets to MegaCon, which is taking place from Thursday, May 24 to Sunday, May 27 can be purchased on the MegaCon website.  The site also has great information about guests, events, and hotels in the area.  You can buy tickets for individual days or packages that include cool perks like collectibles, discounts on convention merchandise, comics, and pre-sale access to special events.  Check the website for additional information.

If you’re a pop culture fanatic, take a few days off work and make the trek to Orlando, Florida and get your geek on at the southeast’s biggest fan convention, MegaCon.  You’ll have a blast, meet some cool people, pick up some cool swag, and have some great memories.