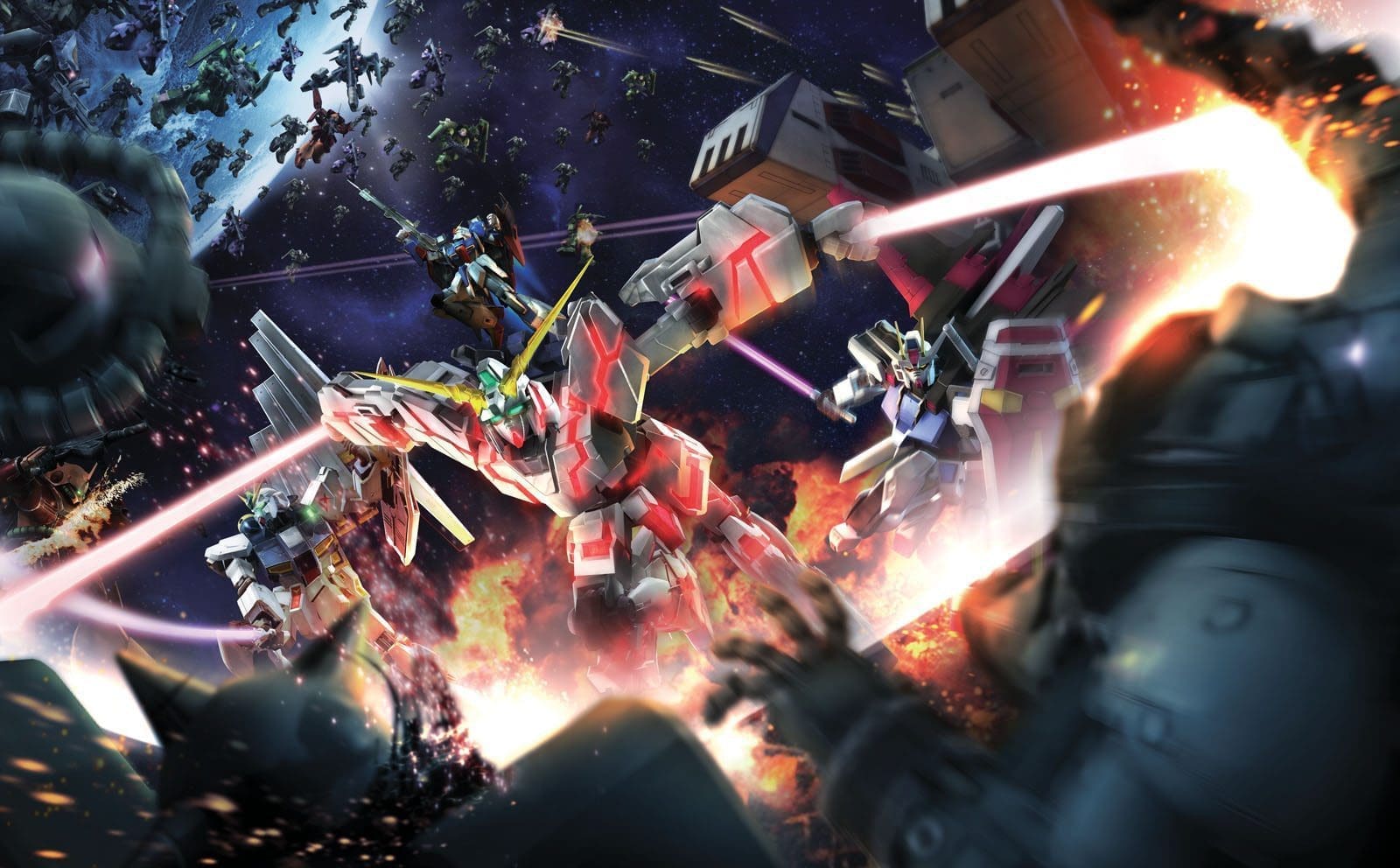 Players will experience the best moments from the Gundam series in its majestic glory as they play through 37 areas in the game’s Official Mode and more than 150 scenarios in Ultimate Mode, all taken straight from the Mobile Suit Gundam movies and animations, including Mobile Suit Gundam Unicorn™and Mobile Suit Gundam SEED™. With over 100 different Mobile Suits playable, players will feel the immense thrill of piloting these powerful machines of war and pulverize hundreds of on-screen enemies in electrifying Dynasty Warriors gameplay style. Players will enter the battle fray either solo or with a friend in either local or online co-op play to experience the Gundam excitement.

As the Mobile Suits engage in intense warfare across land, sea, air and space, players will be able to utilize the “Burst System” mechanic to activate a powered up form of their chosen Mobile Suit and combine with another Mobile Suit to unleash maximum damage and destruction upon the relentless waves of enemy units. Visual enhancements bring the battle rampage to new heights with more brilliant graphics and lighting effects that will reflect a vivid, war-torn Gundam galaxy.

DYNASTY WARRIORS: GUNDAM Reborn is rated “T” for Teen by the ESRB and is available for the PlayStation®3 system as a digital exclusive throughout the Americas at a MSRP of $39.99.  For more information on this and other BANDAI NAMCO Games America Inc. titles please visithttp://bandainamcogames.com/game/dynasty-warriors-gundam-reborn.html.

BANDAI NAMCO Games America Inc., part of BANDAI NAMCO Holdings Inc., is a leading global publisher and developer of interactive content — including all major video game consoles, iOS, mobile and online.  The company is known for creating and publishing many of the industry’s top video game franchises, including PAC-MAN®, TEKKEN®, SOULCALIBUR®, NARUTO™, NARUTO SHIPPUDEN™, Dragon Ball®, GALAGA®, RIDGE RACER® and ACE COMBAT®.  More information about the company and its products can be found at www.bandainamcogames.com or www.facebook.com/BandaiNamcoUS

The KT logo is a registered trademark of TECMO KOEI HOLDINGS CO., LTD.