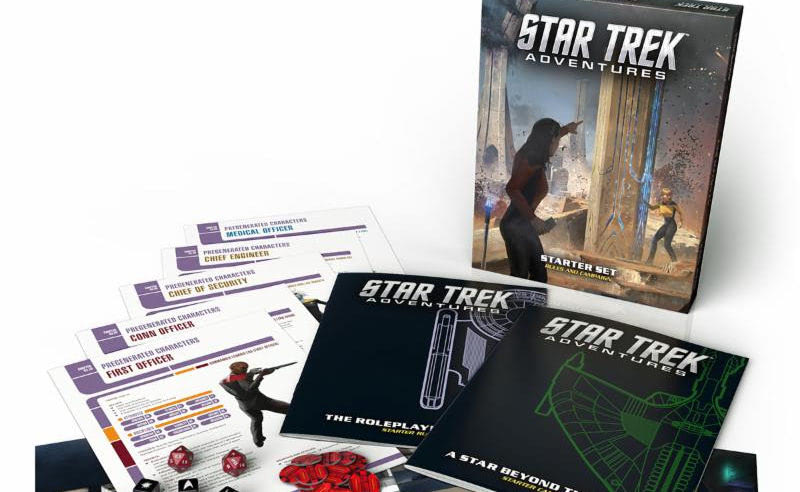 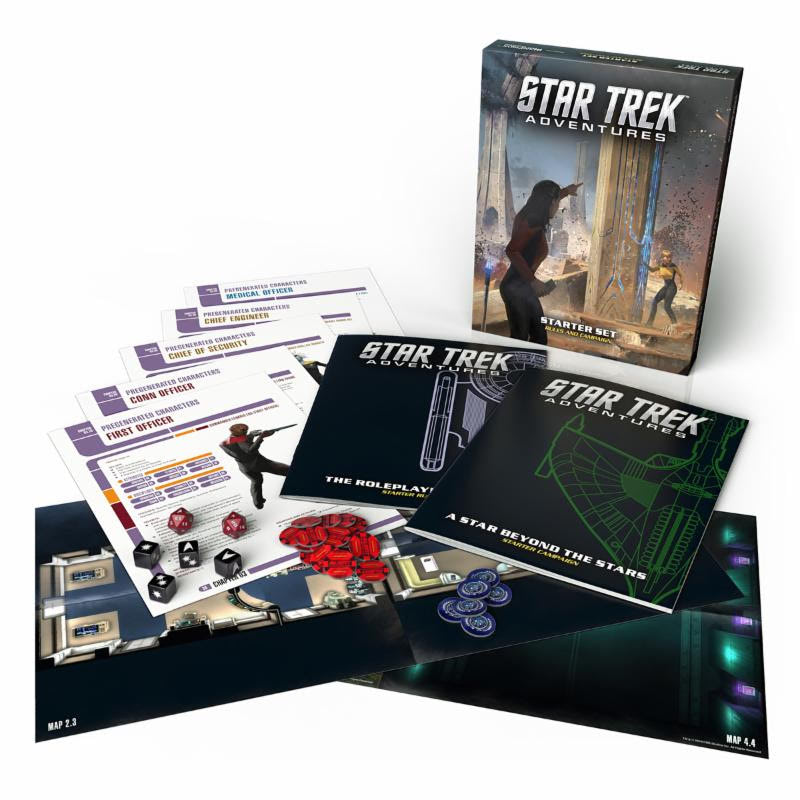 In time for the 2018 holiday season, Modiphius Entertainment will release a Star Trek Adventures starter set. It will introduce new players to the tabletop roleplaying game, with a rules booklet and a 3-part campaign that guides you through the game mechanics as you play. The boxed set also contains everything you need to play, with dice, tokens, poster maps, and pre-generated player character folios:

Fans of Star Trek wanting to try the tabletop RPG will be able to pre-order a copy from their friendly local gaming store, or online from Modiphius.net and other online retailers. Scheduled for release in November, it’s the perfect holiday gift for a Star Trek fan interested in the tabletop RPG, priced at £20.00/$30.00 USD.

Star Trek Adventures is under license from CBS Consumer Products and takes you to the final frontier of the Galaxy, where new discoveries await keen explorers. Your duties may take you to the edges of known space, or to Federation colonies in need, to the borders of neighboring galactic powers, or into the eye of interstellar phenomena. Your ship and your crew epitomize the best Starfleet and the United Federation of Planets has to offer, and you are needed now more than ever.

“Sit on the commander’s chair, take a deep breath, and engage. Star Trek is not just back; it is here to stay.” – RPG.net