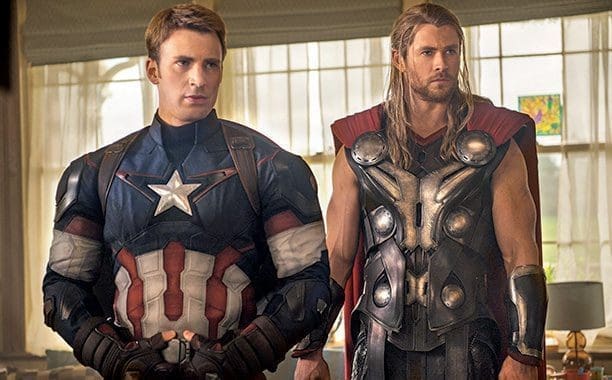 Tony Stark has devised a plan that won’t require him to put on the Iron Man suit anymore, and should allow Captain America, Thor, Black Widow, Hawkeye, and the Hulk to get some much needed R&R as well. His solution is Ultron, self-aware, self-teaching, artificial intelligence designed to help assess threats, and direct Stark’s Iron Legion of drones to battle evildoers instead.

Ultron (played by James Spader through performance-capture technology) lacks the human touch, and his superior intellect quickly determines that life on Earth would go a lot smoother if he just got rid of Public Enemy No. 1: Human beings. “Ultron sees the big picture and he goes, ‘Okay, we need radical change, which will be violent and appalling, in order to make everything better’; he’s not just going ‘Muhaha, soon I’ll rule!’” Whedon says, rubbing his hands together.

“He’s on a mission,” the filmmaker adds, and smiles thinly. “He wants to save us.”

[Ultron is] capable of uploading himself and disappearing not into the clouds but the Cloud. And he has a bad habit of rebuilding himself into stronger and more fearsome physical forms.