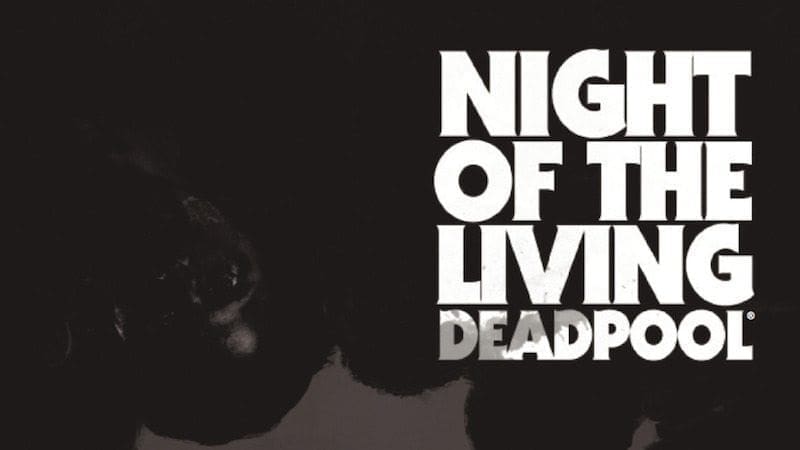 In their roles as narrative foils, zombies are wholly uninteresting, save for their use as societal reflections, like in a George A. Romero horror film. It stands to reason then that Night of the Living Deadpool #1, whose tongue-in-cheek title comes from Romero’s seminal zombie movie, is a bit on the disappointing side since it uses its undead hordes as nothing more than cannon fodder for its snarky main character to dispose of. That character, Deadpool, for being so manic and with fourth-wall breaking tendencies, is also surprisingly tame in this first issue, and the entire narrative, save for a few standout moments, is played rather dully straightforward. Night of the Living Deadpool #1 is not a bad first issue but a mediocre one that rests its laurels on the kind of end-of-the-world scenarios we’ve seen plenty of times before. Rather than attempting to parody such repeating situations across all mediums, Cullen Bunn writes an all too familiar opening chapter to his latest Deadpool miniseries.

Bunn’s story involves Deadpool waking up from an epic food-induced coma to find himself as the world’s worst survivor in the zombie apocalypse. Even though the character makes direct reference to Richard Matheson’s I Am Legend, Deadpool is more in line with Shaun from Shaun of the Dead, unaware of the undead takeover for the first half of this issue. Armed with his normal menagerie of weapons including his swords, dual pistols, and outdated 90s era quips, Deadpool eventually surmises what has happened, and in the issue’s funniest bit, even recalls several foreboding signs that should have been more telling to him. Other than that, this issue is just another Man-Alone-During-the-End-of-the-World setup that happens to involve the Merc with a Mouth. It’s not until the end of the issue that things get more interesting; there’s a lot of potential for the series to go off the rails moving forward given what Deadpool learns in the closing panels.

Where Night of the Living Deadpool #1 fails to capitalize on its namesake in plot it more than makes up for in Roman Rosanas’s art. Much like Night of the Living Dead, the zombies in this issue are presented in a sleek black-and-white while Deadpool (and his flashbacks) provide a stark contrast of bright color. Something about seeing Rosanas’s zombies in this muted tone makes them appreciably scarier, while the reactions coming from the full-color Deadpool are unexpectedly expressive. Even as the plot unravels and shows its familiarity, Rosanas provides a wealth of interesting visuals to keep this issue better than just above average.

Night of the Living Deadpool #1 is decidedly tame in relation to what could be done with this character and in this situation. It’s hard to judge how the miniseries will ultimately turn out based only on one issue, but here’s hoping a more riotous zombie romp is on the horizon.