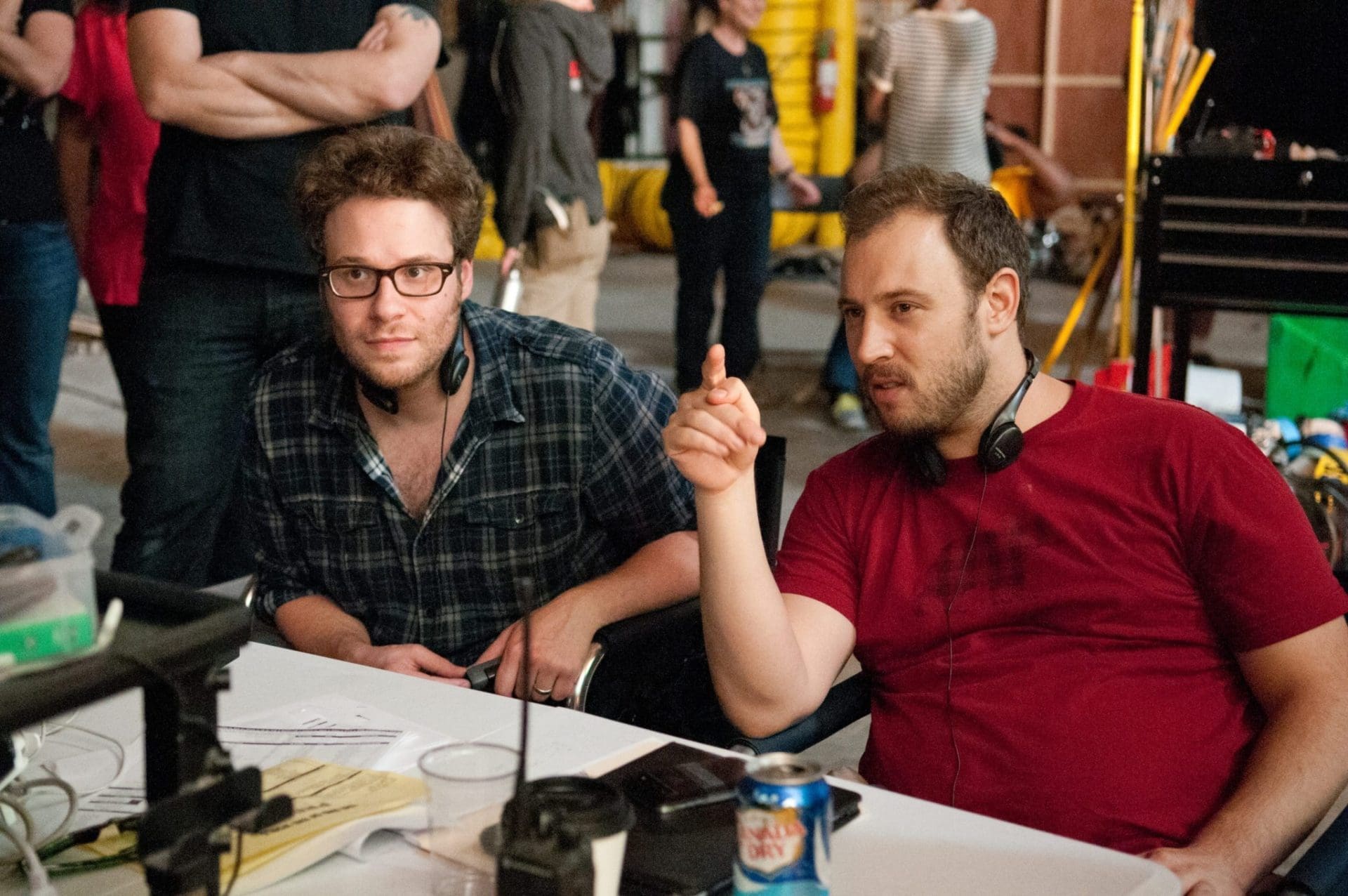 WASHINGTON, D.C.  (February 19, 2014) – Seth Rogen and Evan Goldberg will receive the “CinemaCon®Comedy Filmmakers of the Year Award” at this year’s CinemaCon, it was announced today by Mitch Neuhauser, Managing Director of CinemaCon. CinemaCon, the official convention of The National Association of Theatre Owners (NATO), will be held March 24 – 27, 2014, at Caesars Palace in Las Vegas. Rogen and Goldberg will be presented with this special honor at the “CinemaCon Big Screen Achievement Awards” ceremony to take place on Thursday evening, March 27, in The Colosseum at Caesars Palace. The Coca-Cola Company, the official presenting sponsor of CinemaCon, will host the final night gala awards program.

“As writers, producers and directors, Seth Rogen and Evan Goldberg have teamed up to bring audiences around the world some of the most outrageously, insanely funny comedies in recent years. Just take this past summer’s box-office smash ‘This Is the End.’ Do I need to say more?”, noted Neuhauser. “When these two team up, hilarity and box-office success ensue. CinemaCon could not be more thrilled to honor these two talented filmmakers with its 2014 Comedy Filmmakers of the Year Award.”

Rogen and Goldberg team up next as producers of Universal Pictures’ “Neighbors,” coming to theatres on May 9, 2014. Rogen, Zac Efron and Rose Byrne lead the cast of the comedy about a young couple suffering from arrested development who are forced to live next to a fraternity house after the birth of their newborn baby. “Neighbors” is directed by Nick Stoller (“Forgetting Sarah Marshall,” “Get Him to the Greek”) and also produced by James Weaver.

On October 10, 2014, Columbia Pictures will release their latest collaboration, “The Interview.” Dave Skylark (James Franco) is king of the celebrity interview and host of the hit nighttime talk show “Skylark Tonight.” The brain behind Dave’s empire is his producer and best friend, Aaron Rapoport (Seth Rogen). Unfulfilled, Aaron yearns to do meaningful work. He scores the chance of a lifetime when he secures an interview for Dave with Kim Jong-Un, the mysterious and ruthless dictator of a nuclear-armed North Korea. As Dave and Aaron prepare to leave for North Korea, they are approached by the CIA and asked to assassinate Kim. They accept the mission, becoming two of the least qualified men ever to assassinate – or interview – the most dangerous man on earth.

Growing up together in Vancouver, Canada, Rogen and Goldberg wrote their first screenplay, “Superbad,” at only 15. Released in the summer of 2007, to critical and commercial success, they followed it up with the release of the action-comedy “Pineapple Express,” which they co-wrote and executive produced.

In 2011, Rogen and Goldberg formed Point Grey Pictures (PGP) to produce edgy and smart comedy feature projects. Under this banner, they produced that year’s “50/50,” as well as their directorial debut, 2013’s “This Is the End.” “Neighbors” is PGP’s latest production.

The National Association of Theatre Owners (NATO) is the largest exhibition trade organization in the world, representing more than 31,450 movie screens in all 50 states, and additional cinemas in 78 countries worldwide. NATO’s membership includes the largest cinema chains in the world and hundreds of independent theatre owners, too.

Top 11 Gifts that I Didn’t Get