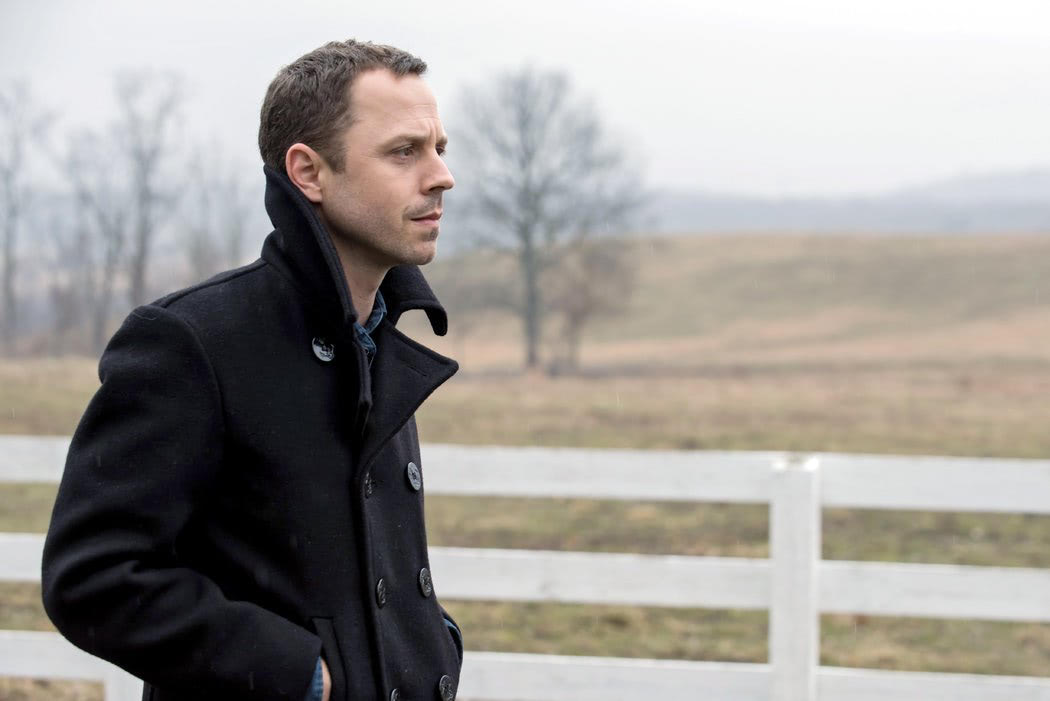 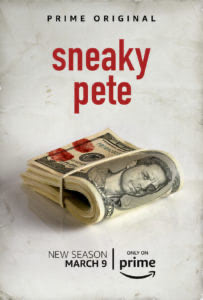 Sneaky Pete originated back in 2015 as part of Amazon’s Let’s Launch Some Television Shows and See What Sticks program.  Okay, maybe that wasn’t the exact name, but you get the idea.  Anyway, Sneaky Pete made the cut and Amazon released the first season of the show, in toto, on January 13 of last year.  Season two boots up this week.

Considering there are currently somewhere in the neighborhood of 25,324 television shows on cable, Netflix, Amazon Video, Hulu, and the like, you’d probably like to know if Sneaky Pete is worth your time (and money if you don’t have Amazon Prime).  Well, I’m here to help.

I’ll start with a quick recommendation of the first season of Sneaky Pete.  If you’re a fan of dialogue-driven shows like Better Call Saul or Justified, this show is for you.  If you’re looking for superheroes, sci-fi, political intrigue, car chases, or non-stop action…look elsewhere.

For those of you who like slightly longer reviews and recommendations, read on!

The first season of Sneaky Pete introduces us to Marius Josipovic (Giovanni Ribisi), a life-long con man who is two days away from being released from prison.  Before he’s released, Marius calls his brother Eddie (Michael Drayer) and finds out that he’s in a spot of trouble with all-around scumbag, Vince (played by Bryan Cranston, channeling mostly Heisenberg with a little bit of Walter White and Malcolm’s dad mixed in), who Marius conned before going to jail.  Anyhow, Marius needs cash in a hurry and comes up with a pretty good way to get it.  You see, his cellmate, the titular Pete (played by former Nick Papagiorgio himself, Ethan Embry) can’t shut up about how great his grandparents are.  They’re sweet and nice, and wonderful, and rich!  Considering grandma and grandpa haven’t seen Pete in 20 years, Marius figures conning these sweet old folks shouldn’t be too difficult.

You can also probably figure out that things don’t go as planned…or there wouldn’t be a show.  I won’t ruin anymore by going on, so I’ll transition into the review now…smooth, huh?

The first season of Sneak Pete is pretty solid, if unspectacular.  The dialogue is tight and humorous without going too over the top.  The script weaves a nifty tale and puts Pete in interesting situations from which he has to extricate himself using mostly his wits.  The, “How He Did It” snippets after Marius pulls a clever flimflam are always worth a smile. 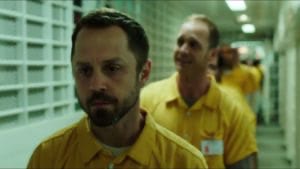 The rest of the cast is filled with great performers.  Cranston (who also co-created the show) is solid as scumbag Vince, while Marin Ireland shines as Pete’s overworked and underappreciated cousin Julia.  Margo Martindale and Malcolm-Jamal Warner earn high praise for playing Pete’s grandmother and Marius’s parole officer, respectively.  Martindale plays her role halfway between Dewey Cox’s mother in Walk Hard: The Dewey Cox Story and Mags Bennett in Justified.  If you haven’t seen either of those, I’ve wasted two wonderful references and you should be ashamed of yourself.  Warner plays the anti-Theo Huxtable in this show as a no-nonsense parole officer, and he’s spectacular.  His character’s catchphrase (that I won’t ruin here), actually made me laugh out loud.

So, this show has a good story, a good cast, and good writing.  Is it worth watching?  That really depends.  If you’re a reader and you really like books with a good story and well-written characters, this show is for you.  The first season is filled with lies and double-crosses, and everyone seems to have something to hide.  You almost need a whiteboard to keep track of who’s lying to whom and what the status of said lie is.  However, by the end of the first season, many plot threads are tied up nicely and some new ones are created for season two, which starts on Amazon Video on March 9. 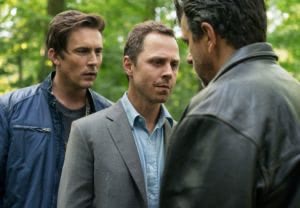 If you’ve read this synopsis/review so far and you’re still up in the air, let me summarize.  I’m an avid reader and love shows like Bosch (also on Amazon Prime) and Better Call Saul (on AMC, for those of you living under rocks), both of which are slow-burn type shows that can go a few episodes without featuring any big-time action.  However, good acting, good dialogue, and clever scripting can make up for some of these issues.  If you’re the kind of person that likes slow-burn shows with an emphasis on characters and dialog over balls-to-the wall action, violence, and sex, then this might be a show to give a shot.  I would, however, recommend starting with season one; you’ll have no idea what’s going on in season two without the first season’s setup.

If you don’t have Amazon Prime and you’re thinking of getting it, and you’re a big reader, this might be what tips the scales for you (the aforementioned Bosch is a great series, as well…as is Justified, which is also free on Amazon Video).  If you simply hate reading, and/or dialogue-driven television, and/or Amazon as a company, I certainly don’t think this show will change your mind on any count.

On a scale of 1 to 5, I’d give Sneaky Pete a 4.  I don’t think it’ll be winning an Emmy anytime soon, but it’s a “sneaky” good show that will keep you engaged with its writing and acting.