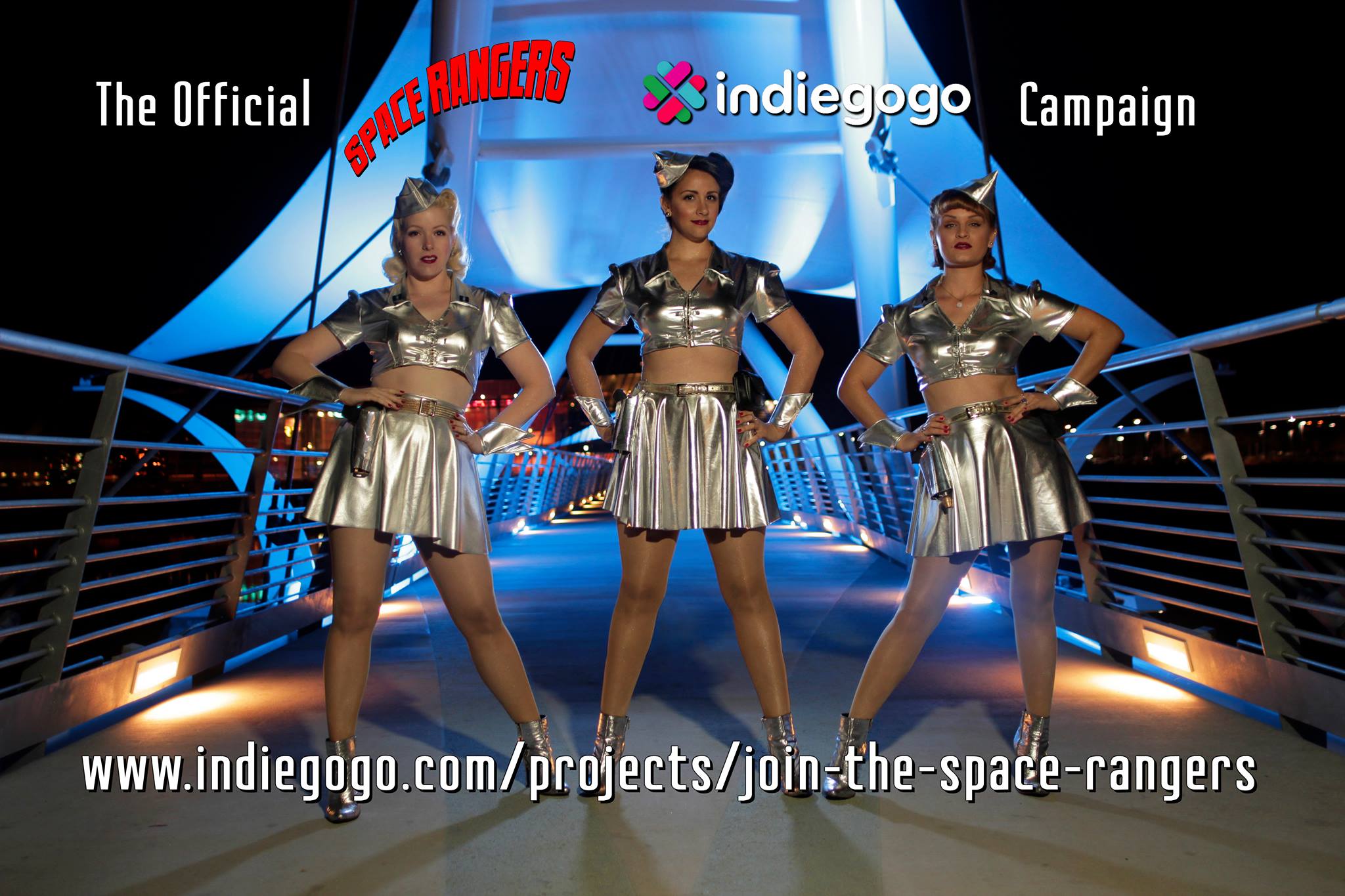 Space Rangers follows the adventures of the crew of the Venture Horizon as they patrol the outer reaches of the Sigma Draconis Territories, making it safe for settlers from Earth.  Now nearly 2/3 of the way through filming, Atomic Age Pictures is reaching out to its budding fandom to help them with the show’s finances and future.  In order to complete Space Rangers, funds are needed for building the remaining sets, a place to  build them in, extensive visual effects, miniatures and transportation to locations.

This ambitious retro Sci-Fi project had fairly modest beginnings.  In fact Space Rangers originally began as a still photo shoot. “I wanted to do a ‘Space Girl’ themed shoot.”  explains Douglas Monce, Atomic Age Pictures President and CEO. “I later used photos from that shoot in postcards that I took to Phoenix Comic-Con to promote my business for shooting cosplay photography.  However everyone I handed the postcards to, asked when the movie was coming out. This response was so overwhelming that I finally realized that’s what we should be doing.”

“Originally this was a fun thing for a bunch of friends to do on a weekend,” Producer Amber R. Nichols said. “but as the project grew and more people found out about it and wanted to come on board to offer their talents, the more we realized that this was becoming something we should really consider doing something more substantial with.”

Some of that talent that has come on board includes David Stipes, a 2 time Emmy Award Winning VFX Supervisor (Star Trek:DS9 & Voyager) and 30 year veteran of Hollywood, whose credits include everything from the Original Battlestar Galactica to Star Trek: Deep Space Nine.  Illustrator and Model Maker John Eaves whose work includes designing the Enterprise E and concept illustration for Star Trek Into Darkness, Tomorrowland and Captain America: The Winter Soldier.

Everything about the show is built around the nostalgia of the 1950s shows even the perks for contributors of their Indiegogo page.  Mini Posters, Lobby Cards, even an old time Membership Kit including Decoder Ring are available.  Some of the top tier perks include a screen used plasma pistol and a chance to visit the set and hang with the cast and crew.

Their indiegogo campaign is live at: http://igg.me/at/jointhespacerangers/x/8384877

Ratchet and Clank Are Getting a Movie?