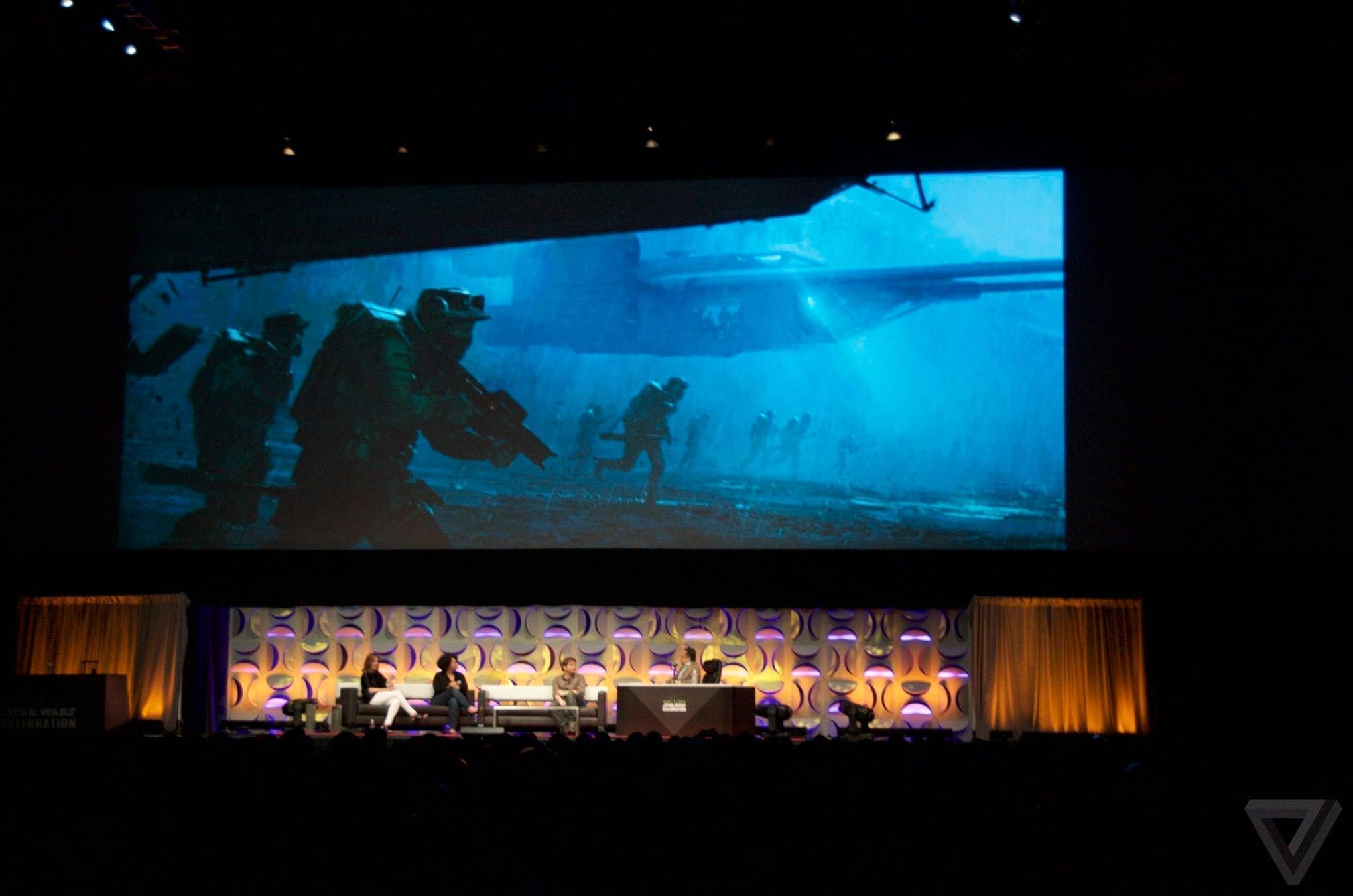 Major announcements and several clues about the new Star Wars stand-alone movies were made at Star Wars Celebration Anaheim today when Lucasfilm’s Kathleen Kennedy, Kiri Hart, and Pablo Hidalgo were joined in a panel discussion by director Gareth Edwards and Industrial Light and Magic’s John Knoll.

Kathleen Kennedy revealed that the upcoming big screen adventures that explore the characters and events beyond the core Star Wars saga will be known as the Star Wars Anthology Series.

Up until now, details around the first entry in the Anthology Series, Gareth Edwards’ Rogue One, have been minimal. Edwards revealed that the film will revolve around a rogue band of resistance fighters who unite for a daring mission to steal the Death Star plans and bring new hope to the galaxy. “I couldn’t sit in a cinema and know that someone else made this film,” Edwards said in the panel. Fans were treated to concept art and a brief video that caused a packed house to erupt.