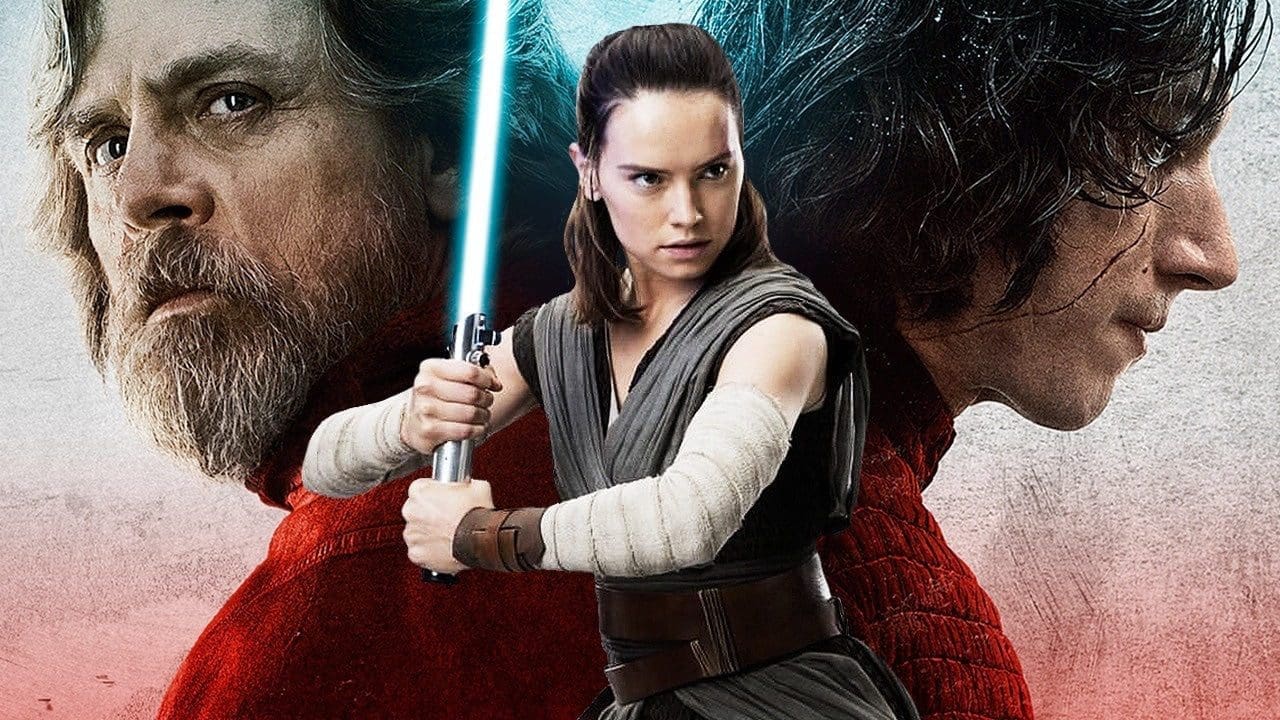 Being a lifelong superfan of the Star Wars universe, it is difficult to go into a screening of Star Wars: The Last Jedi and not instantly fanboy for the entire duration of the movie. Even more so, it’s difficult to attempt to write a balanced review that takes away that gloss and critically break down the film. If you have read my review of The Force Awakens nearly two years ago, you will notice that I did not pull back the reins. I gave it high praise and in retrospect, I may have given J.J. Abram’s first outing a bit too much credit. It was a solid movie but the storytelling was too cookie cutter from A New Hope. While it successfully bridged the gap between generations of fans, it did not give us anything new or original.

There were many concerns that Disney/Lucasfilm may play it safe again and produce The Last Jedi in a similar narrative to The Empire Strikes Back. Even the trailers and promotional materials hinted at an Empire throwback, but that could not be further from the truth. Empire succeeded because George Lucas brought in Irvin Kershner, his former film professor and more importantly, a well established independent filmmaker, to direct the sequel. That experience on smaller scale, character-driven films is what made Empire Strikes Back one of the most well-regarded movies of all time. 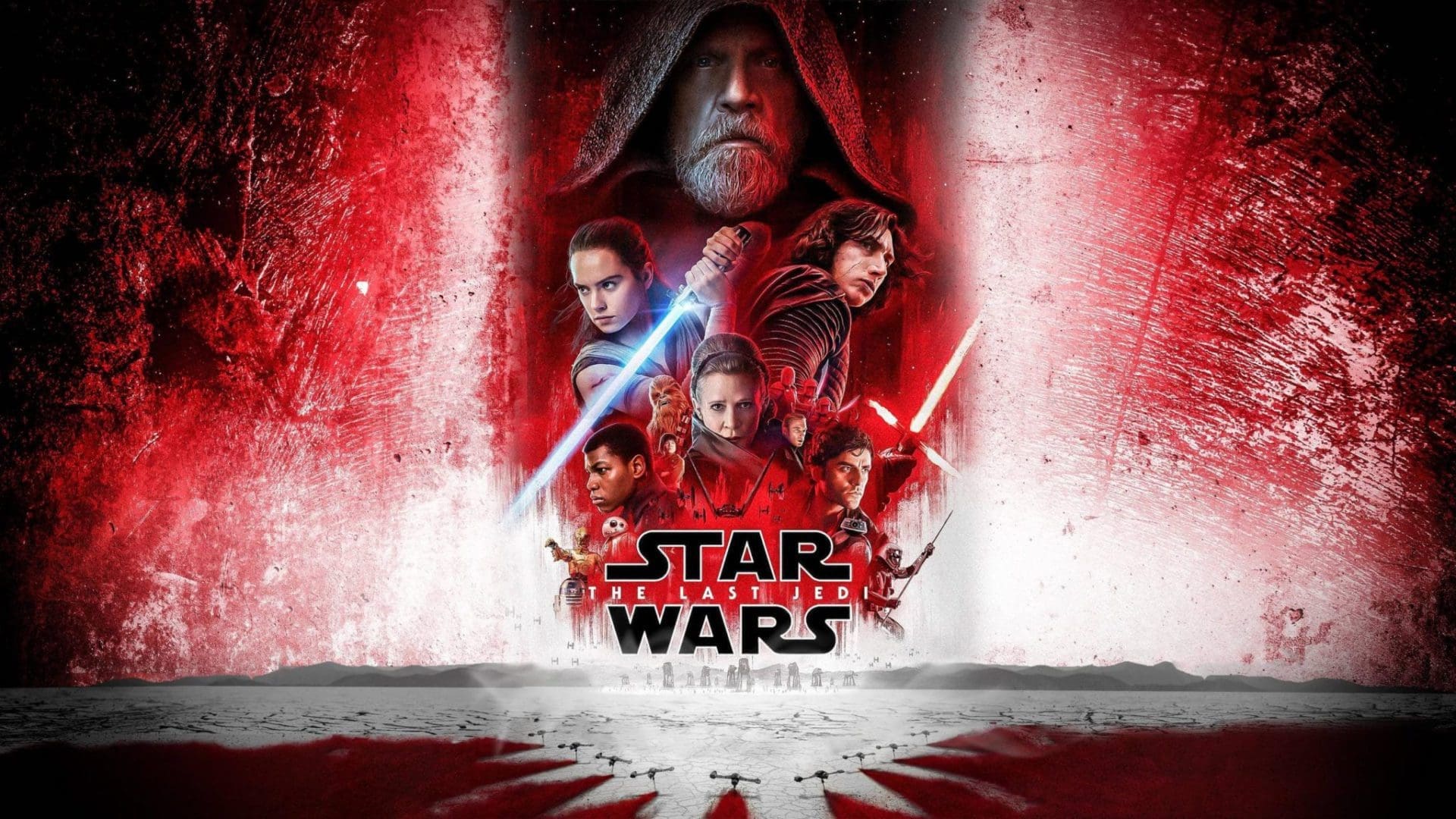 Here comes Rian Johnson taking over directing duties for The Last Jedi and they could not have found a better individual to take over the helm. His resume is not extensive but contains hidden gems like 2005’s ‘Brick‘, 2008’s ‘The Brothers Bloom‘, and most notably 2012’s ‘Looper‘. He has proven capable of telling an exciting story, directing big stars in The Brothers Bloom. Looper on the other hand, with its unique story, cemented Johnson as a bonafide modern science fiction storyteller.

Star Wars: The Last Jedi is leaps and bounds a huge step forward for Rian Johnson, and he delivers. Where there were moments that were expected and predictable, Rian was able to expertly and thoughtfully pull back the curtains to show us, once again, the magic that captivated audiences back in 1980 when Darth Vader famously exclaimed, “No, I am your father.”

The Last Jedi picks up right where they left off in Force Awakens. Luke Skywalker (Mark Hamill) plays a more prominent role in this film, as was expected when we were left hanging with just one scene of him to end the last film. He takes over the mentor role guiding Rey (Daisy Ridley) in the ways of the Force, like his former masters Obi-Wan and Yoda. But the training will not be what Rey is expecting.

We also get much more screen time with the late Carrie Fisher as General Organa. I will not lie, it was difficult to hold back tears in each and every scene she was in. Carrie gave a performance well worth remembering. We laughed and we cried as she took us on one final journey with her in that galaxy far, far away.

Kylo Ren (Adam Driver) continues his conflict with the light and dark and figuring out how Rey fits into his destiny. Supreme Leader Snoke (Andy Serkis) is more of a presence in this film and we find out his motives with Kylo as well as the ongoing battle between the First Order and the Resistance. Finn (John Boyega) and Poe Dameron (Oscar Isaac), alongside newcomers Admiral Holdo (Laura Dern), DJ (Benicio Del Toro) and Rose Tico (Kelly Marie Tran) are all on the front lines as the Resistance is on the run after the Republic was destroyed by the First Order in the last film.

The one thing that resonated with me is the casting of Kelly Marie Tran as Rose Tico and Veronica Ngo as Paige Tico, her onscreen sister. As a Vietnamese-American, it is rare to see Vietnamese actors starring in Hollywood movies, let alone a big budget feature like Star Wars. It was awesome to see representation happen on the big screen. To have someone that I can root for gives me hope.

The Last Jedi gives us what we have come to love about this universe. Not just an escape to that unreachable galaxy in the stars, but something we can take back with us in our daily lives. As that famous line goes from the Princess we love so dearly, “Help me Obi-Wan Kenobi, you’re my only hope.” Where there is light, there is hope. A message that we can all use during these uncertain times.

About STAR WARS: THE LAST JEDI

Synopsis:  In Lucasfilm’s Star Wars: The Last Jedi, the Skywalker saga continues as the heroes of The Force Awakens join the galactic legends in an epic adventure that unlocks age-old mysteries of the Force and shocking revelations of the past. Having taken her first steps into a larger world in The Force Awakens, Rey continues her epic journey with Finn, Poe and Luke Skywalker.

[…] Being a lifelong superfan of the Star Wars universe, it is difficult to go into a screening of Star Wars: The Last Jedi and not instantly fanboy for the entire duration of the movie. Even more so, it’s difficult to attempt to write a balanced review that takes away that gloss and critically break down the film. If… Geek News Network […]

Before I Fall | Movie Review