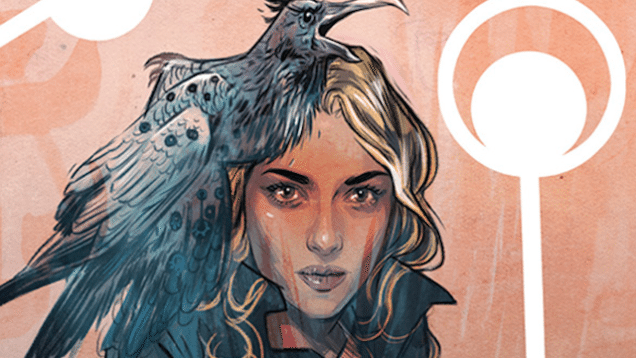 The ethereal and haunting new beginning from Warren Ellis

Paired with striking visuals from Lotay, Ellis resurrects the SUPREME universe beginning with an ethereal dream sequence that warns the unemployed investigative journalist, Diana Dane, to beware of Darius Dax and ending with a proposition for adventure and intrigue from Supreme himself, “Have you heard of a blue rose, Ms. Dane? Blue roses do not occur in nature. My practice tends to specialise in blue rose cases.”

“As an emerging artist the opportunity of collaborating with Warren on his latest story has been a dream come true,” said Lotay. “Supreme: Blue Rose came about through conversations with Warren regarding a different story that didn’t happen. Warren thought my style, which is quite free and loose, would fit the story he wanted to tell and that creative freedom really appealed to me. Indeed, throughout the creative process if Warren thought I was trying to create panels that had a more ‘finished’ feel he would say ‘you’re not drawing for yourself, you have to relax and enjoy it’—some of the best advice I’ve ever had which has also informed my approach to other work.”

Lotay went on to describe how different hers and Ellis’ version of Supreme is. “Supreme really appealed to me in that it passes the Bechdel test with flying colours. I’ve never spoken to Warren about this, but it’s a story with very strong female characters, the women shine through and that’s a pretty rare thing to see in sci-fi. I think it’s far from your typical superhero story, a million miles from the original Supreme. It’s definitely strange, it’s a sci-fi mystery with a Lynchian edge. I’ve fallen in love with these characters and I hope the people picking this series up can get into the strange world we’ve created.”

An Interview with John Layman at Phoenix Comicon ’13