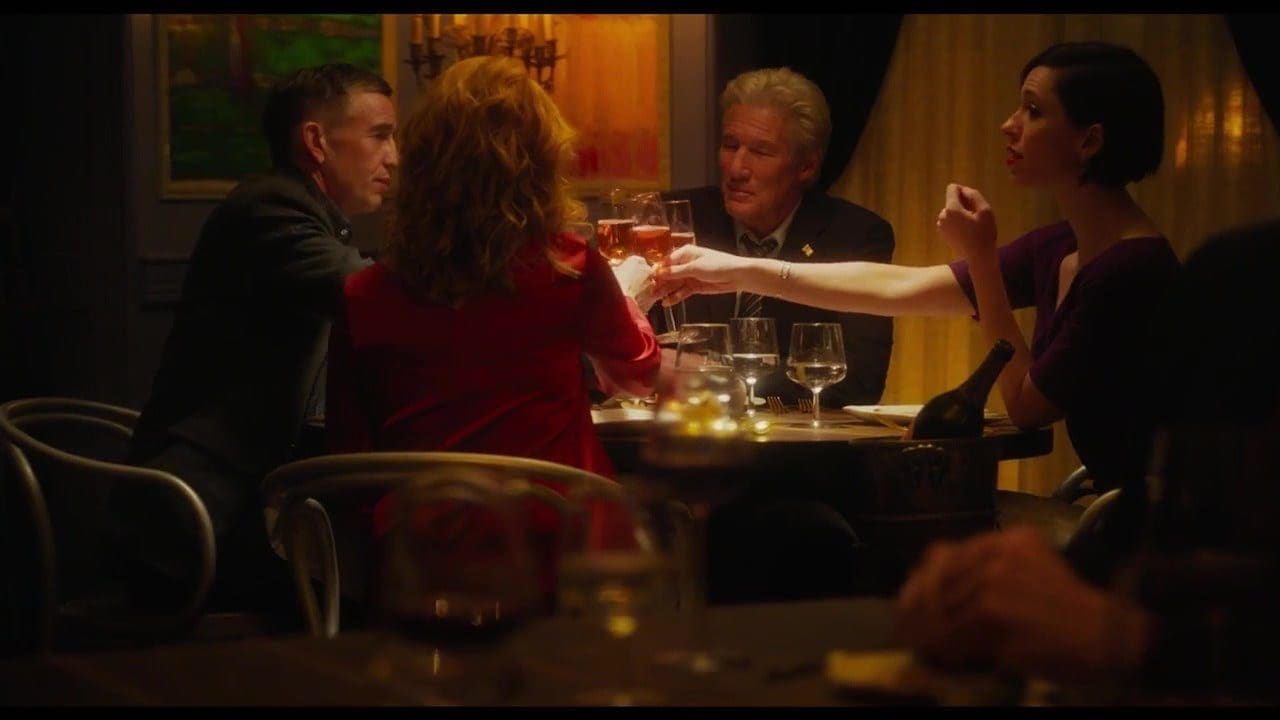 The Dinner seems to be a few different movies going on at once, any one of which would have been compelling and interesting but mixed together, they were weakened, diluting each other.  That’s the sad thing about this film, really. The trailer really had me interested in seeing it. The starring roles are played by very talented actors, who I greatly enjoy, and they do very good things with their portrayals. Stan (Richard Gere) and Paul (Steve Coogan) are brothers, Stan is a member of Congress running for governor, and Paul is a former high school teacher, and social idealist.

Stan is married to Kate (Rebecca Hall) and Paul to Claire (Laura Linney). As the film begins, Paul narrates a personal tale of the families, but as it unfolds it becomes a broader commentary including discussion of class and privilege, as well as morality. It is revealed that mental illness runs in the men’s family, and Paul had a mental breakdown, which led to a hospitalization. Stan is trying to get legislation passed to help those with mental illness. The crux of the film, though, is the that the sons of the two families have committed a horrific crime, and immolated a homeless woman.

Synopsis: A look at how far parents will go to protect their children. Feature film based on a novel by Herman Koch.

“This Is Where I Leave You” Movie Review