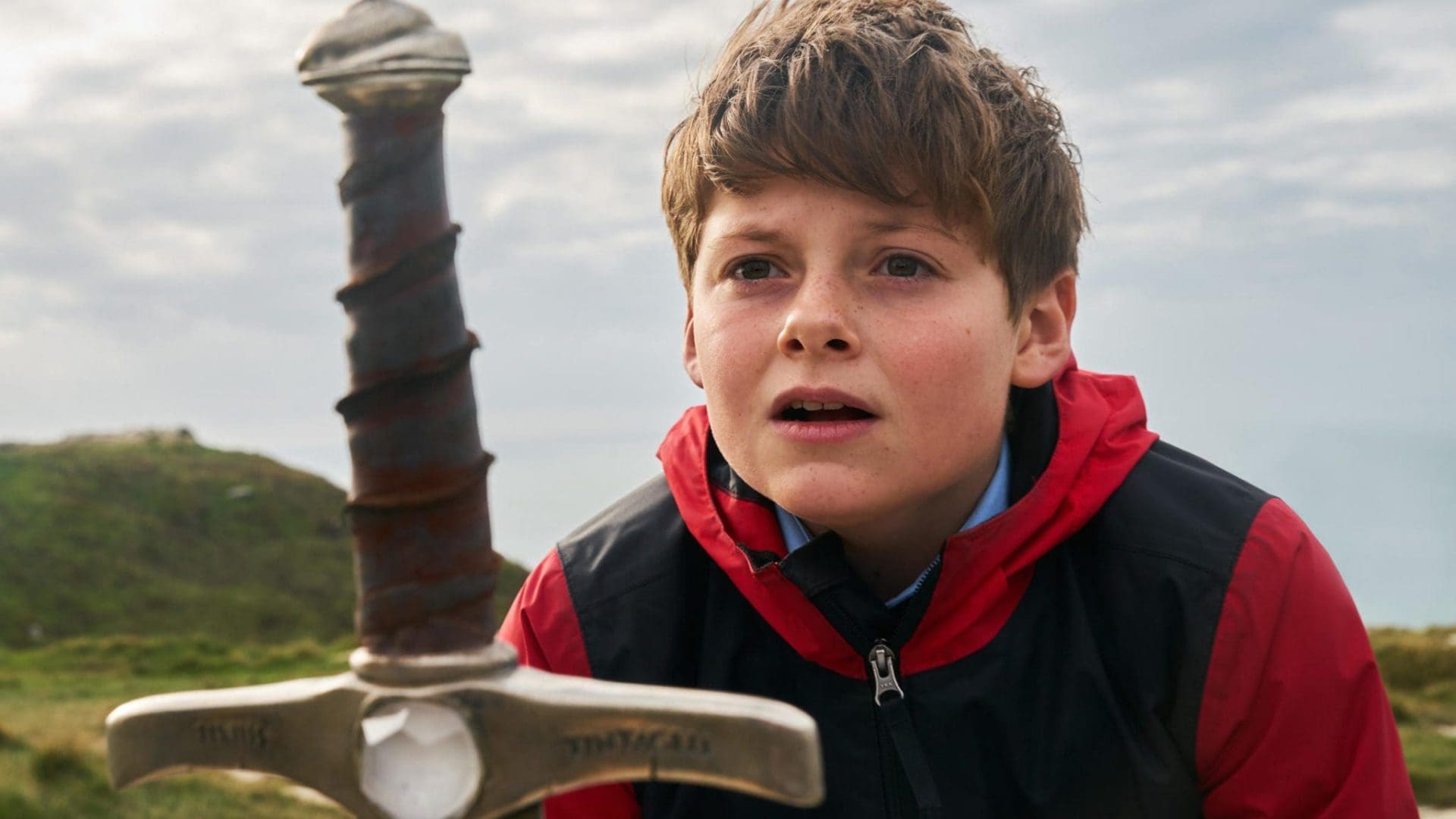 Movies of the last decade have been full of modern, universally known heroes; Superman, Batman, Spider-Man, the Avengers, and many other brightly-clad defenders of good against evil. There have been less successful attempts to bring back the tales of heroes from the more distant past, such as Robin Hood, Hercules, Perseus (Clash of the Titans and Wrath of the Titans), and even King Arthur, in last year’s Legend of the Sword. The older heroes seem to have a harder time catching traction with modern audiences, and perhaps it is because of their disconnect from the modern world.

Then along comes writer director Joe Cornish, bringing us The Kid Who Would Be King, a modern tale of King Arthur and the Knights of Camelot. Cornish is known for a varied background, writing and directing Attack the Block, and writing both Ant-Man, and Tintin. Cornish weaves a tale of a reborn King Arthur, Alex (Louis Ashbourne Serkis). Reminiscent of Disney’s Sword in the Stone, Alex is a awkward lad, but one who is also idealistic and protective of his best friend, Bedders (Dean Chaumoo). Alex faces up to the school bullies Lance (Tom Taylor) and Kaye (Rhianna Dorris), and defends Bedders, even to his own detriment. After performing a surprising retaliation against Lance, Alex finds himself on the run from the two bullies after an all day detention, and finds refuge in a construction site. It is in this site where he finds a sword in a stone. Alex is able to pull the sword free, and makes it back to his home.

Alex lives with his mother, his father being nowhere in Alex’s life currently, but his father has left Alex with a book chronicling the valiant deeds of King Arthur and his Knights of the Round Table. Alex and Bedders determine the sword to be Excalibur, and the world they know, begins to blend with a world of magic, monsters, sorcery and spells. As Alex has found Excalibur, so does Merlin (Angus Imrie) find Alex. Merlin is finally able to convince Alex of what he has already begun to believe, that he is the Once and Future King, and that the responsibility of saving the world from the evil Morgana le Fay (Rebecca Ferguson). To do so, however, he will need to convince his two worst enemies to fight along his side, he will have to raise an army, and he will have to battle demons, both real, and those of his past.

Cornish has done a very nice job of making a movie aimed at kids, but just as enjoyable for adults. Regardless of the viewer’s familiarity of the Arthurian Legend, there are enough references to the lore to keep a knowledgeable viewer on their toes. Even without Guinevere, Lance still has a traitorous turn. The story in itself is predictable enough, but there are a few surprises that caught me. Cornish has created an admirable weaving of an engaging tale, along with a bit of meta analysis as well. For example, Alex discusses how the story of King Arthur, Luke Skywalker, and Harry Potter are all comparable, with the characters sharing similar backgrounds, and facing parallel trials and tribulations. Though I did chuckle to myself when the Lady of the Lake was first met, as I couldn’t get the words “her arm clad in the purest shimmering samite, held aloft Excalibur” out of my head. If you now get echoes of Python when you see that scene, I’m sorry; you’re welcome.

The actors all did superb jobs, especially given their ages, and Cornish does have a record of bringing new talent to the screen (John Boyega and Jodie Whitaker from Attack the Block). Louis Ashbourne Serkis may have been brought into acting because of his parents, but he has the skills to carry the movie. Angus Imrie playing young Merlin was entertaining to watch, sometimes even upstaging Sir Patrick Stewart, who played the older Merlin. Cornish kept one of my favorite aspects of the Merlin character in movies like the animated Sword in the Stone, by having Merlin be a bit playful, delightfully scattered, and just a touch demented. There was not a performance in the film that felt like the weak spot.

Visually, the film was stunning. The settings were picturesque and diverse, Morgana’s underground prison was well presented. The digital animation was incredibly well done, and the attention to details of, not only the creatures, but the background details, upped the creep factor of the scenes where the underworld creatures roamed. It was a wonder to watch.

At the end of the film, I was surprised to realize that two hours had gone by. There is a lot of story packed into The Kid Who Would be King, and I could have watched more. The screening I saw was one in which there were a lot of kids, and they all seemed as entranced by the unfolding tale as I was. This is definitely a movie to take kids to. It is not only entertaining, but it has a reflective message of hope to a lot of the negativity and turmoil going on in the world right now. This is a fun, Mighty Ducks type of “kids banding together, learning their potential, and kicking ass” movie that I hope will find its way into the library of modern mythology.

About The Kid Who Would be King

Synopsis: Old school magic meets the modern world in this epic adventure. Alex thinks he’s just another nobody, until he stumbles upon the mythical sword in the stone, Excalibur. Now, he must unite his friends and enemies into a band of knights and, together with the legendary wizard Merlin, take on the wicked enchantress Morgana. With the future at stake, Alex must become the great leader he never dreamed he could be.