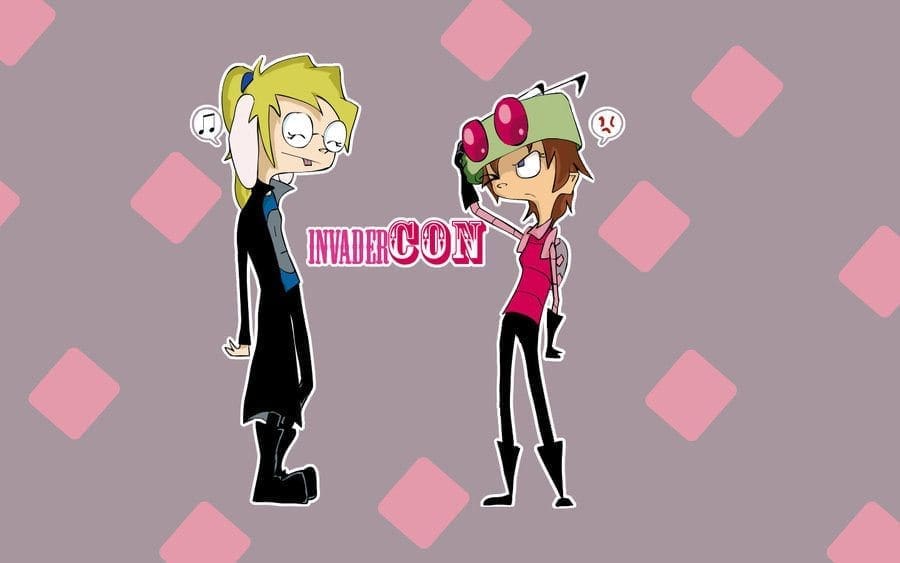 FANS TURN TO KICKSTARTER TO HELP CREATE ANOTHER INVADER ZIM THEMED CONVENTION.
Funding reached 60% in less than ten days, but it still needs help to succeed over the next 28 hours!

ORLANDO, FL – InvaderCON, the unofficial Invader ZIM fan convention, is attempting to create a third event planned to take place somewhere in the middle United States in 2014 through the use of crowd funding. The event, being built via the popular Kickstarter website, was conceived as an opportunity for fans of the popular Invader ZIM cartoon to meet members of the show’s cast and crew, but were unable to do show when the convention was hosted on the East Coast in 2011 and the West Coast 2012.

The project’s funding goal of $33,333 was agreed upon by the convention’s promoters, Green Mustard Entertainment, based on the basic operational costs of the first two InvaderCON events: space rental, flights, hotel stays, insurance, etc. From the InvaderCON III Kickstarter page:

“The biggest problem, though, was time and resources vs. risk. While Green Mustard Entertainment is a company, it’s NOT the “primary job” of any of the owners or staff. It’s a creative fan convention company that designs events to support the geek community.

Ars gratia artis and whatnot.

InvaderCON, unlike our other projects (like Florida Anime Experience,) isn’t an annual show in a local city. Normal conventions build a fan base in a specific area and continue to grow. InvaderCON’s attendees (at both conventions) are only about 20% locals. Over 80% of InvaderCON attendees are from outside the convention’s host city. This makes predicting attendance and budgeting VERY tricky and EXTREMELY risky.”

Fans who contribute via Kickstarter, regardless of amount, will have a voice in selecting the host city for the convention (tentatively named “InvaderCON III: FINAL DOOM.”) Pledge levels include perks such as passes, t-shirts, items signed by voice actors, and more.

While the Kickstarter Project launched with amazing momentum, the fans and Green Mustard Entertainment are reaching out to various online blogs and news sources to help get the word out to make this project a success.

Complete details of the Kickstarter can be found at www.invadercon.com/kickstarter.

What is Kickstarter? You can read about it here: www.kickstarter.com/hello

ABOUT GREEN MUSTARD ENTERTAINMENT: Started in 2001 as Wasabi Anime®, Green Mustard Entertainment, Inc. (www.greenmustard.com) is an event planning company that specializes in fan-focused entertainment for pop culture conventions. Based in Orlando, Florida, the group (as Wasabi Anime) has made appearances at some of the largest conventions in North America including Anime Expo®, Dragon*Con, Florida Supercon, and Gen Con. Independently, Green Mustard Entertainment has designed a number of conventions including PinUpalooza (a pin-up themed event,) InvaderCON (the Invader ZIM fan convention,) and WasabiCon (a multi-genre event celebrating “geek culture; extra spicy”). The staff emphatically denies and all knowledge as to the whereabouts of Elvis Presley, Jimmy Hoffa, and Tupac Shakur.