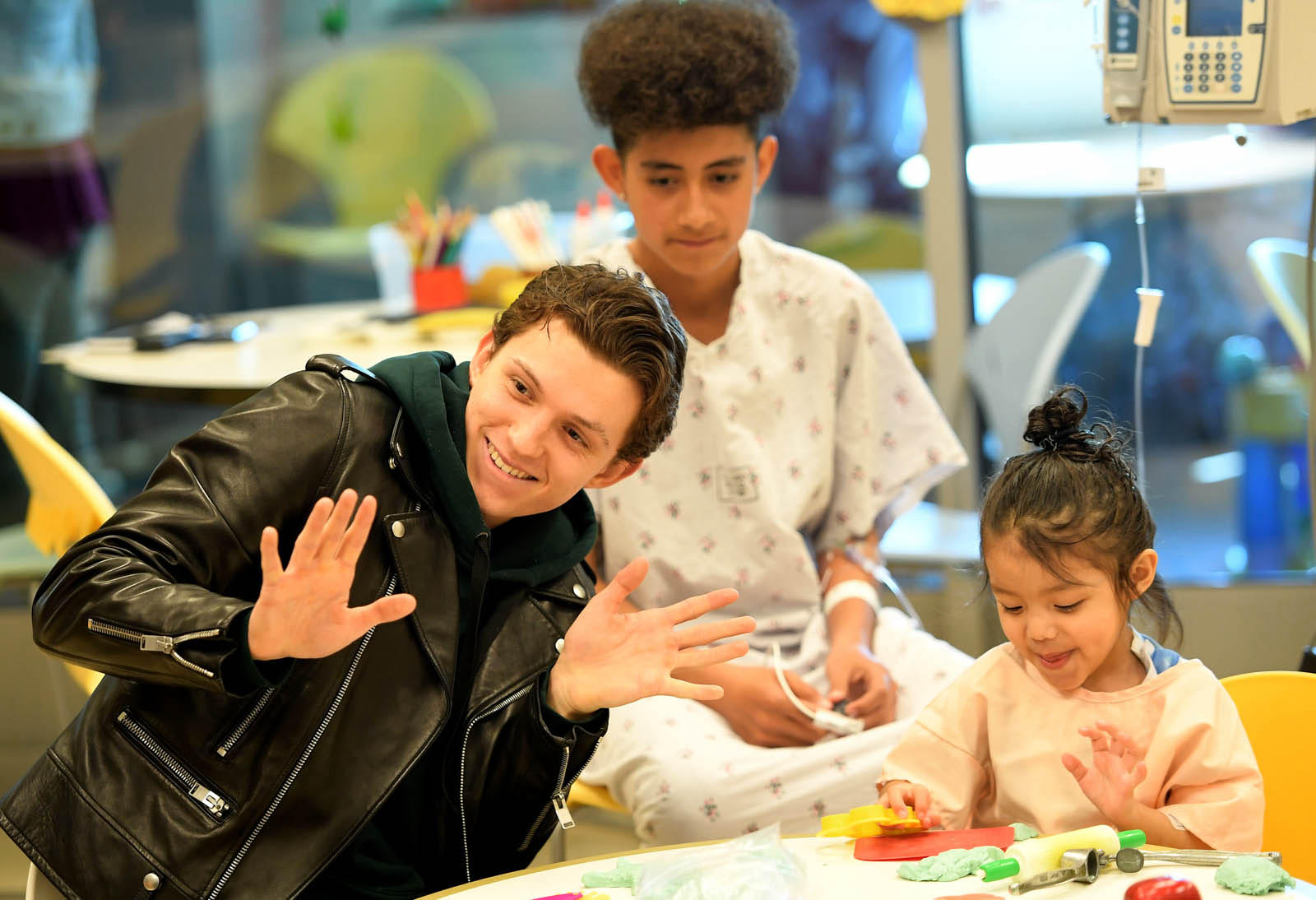 Marvel’s Spider-Man himself, Tom Holland, made a surprise visit to LA County + USC Medical Center to personally deliver the first of $1 million worth of toys donated by Funko to Starlight Children’s Foundation. Tom arrived in Amazon’s Treasure Truck to make the special delivery before spending time with children at the hospital.

The surprise is part of Marvel: The Universe Unites, an epic charity campaign combining the superpowers of the cast of Marvel Studios’ Avengers: Infinity War to help support children’s charities and the countdown to the launch of movie-related products on March 3.

Tom commented, “These kids are real-life superheroes – it was an inspiring experience to spend some time with them and deliver the first batch of toys from Funko. I’m honored to be a part of such an incredible cast and to support this great campaign that aims to bring joy to the lives of hospitalized children and their families.”

The week-long event kicked off with a social media challenge for the stars of Marvel Studios’ Avengers: Infinity War. Cast members received special toy care packages filled with new products celebrating their Marvel character to be donated to children’s hospitals. Their mission? To create a picture or video to reveal the new toys to fans and post on social media with the goal of collectively reaching a million likes. The Super Heroes moved at record speed with their #HeroActs posts and reached the goal in less than 24 hours, unlocking a $250,000 donation to Starlight Children’s Foundation.

Super Heroes lending their support in this campaign include:

Starting on March 3, Amazon will also be supporting the campaign with a special Amazon Wish List where donations will be directed to Starlight.

Rounding out the week, on Saturday, March 3, and Sunday, March 4, shopDisney.com and Disney store will donate 10% of weekend Marvel product sales to Make-A-Wish® (up to $50,000 US) in support of Marvel: The Universe Unites.