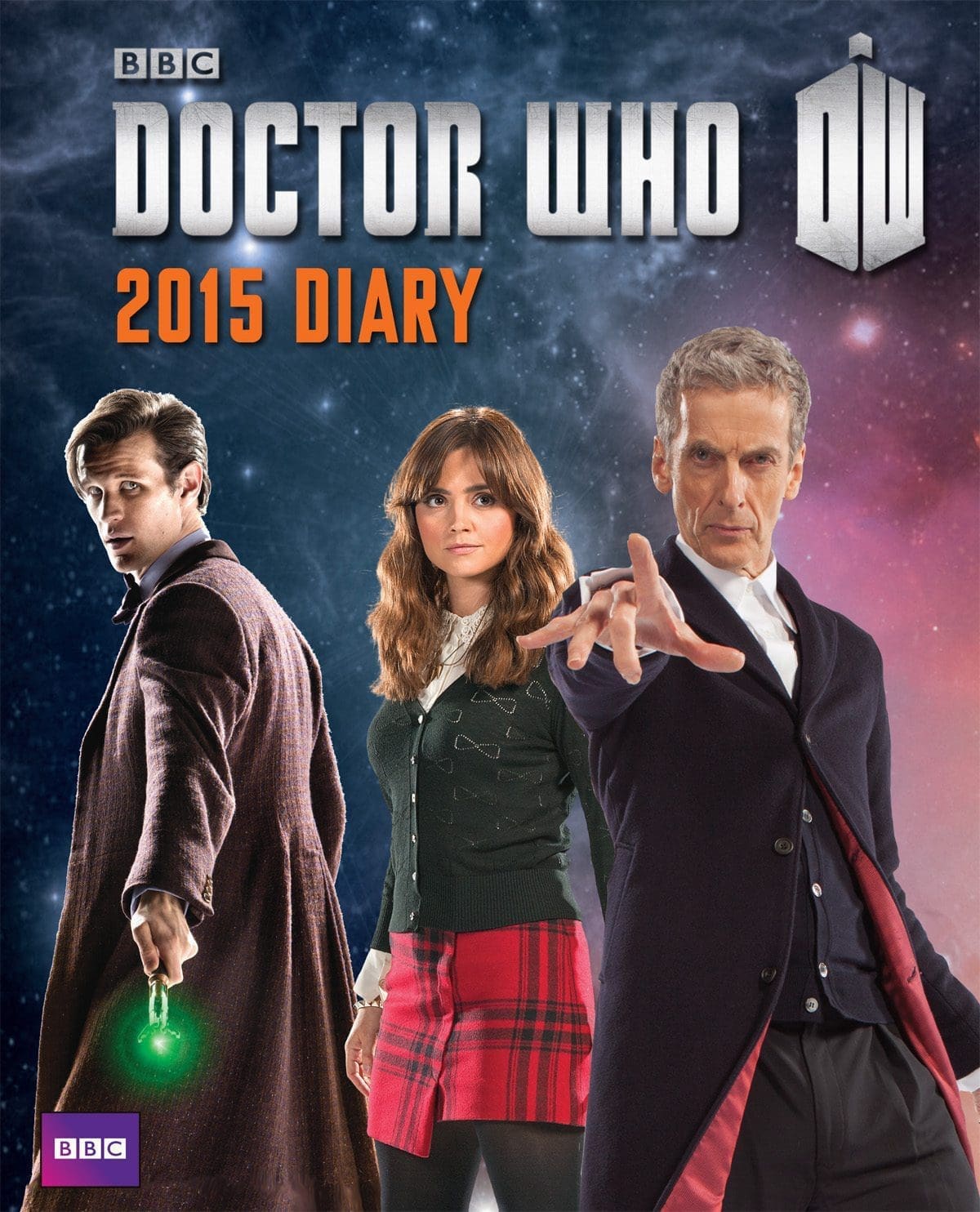 BALTIMORE, MD – Learn the secret adventures of the time traveling Doctor Who with the special 50th anniversary PREVIEWS exclusive 2015 Doctor Who Diary from Mallon Publishers. The Diary goes through the timeline of the various characters who have been the Doctor, showing how they step into their new roles traveling through time to come to the aid of those in need.  The Diary can be pre-ordered now at your local comic book specialty shop, and is scheduled to release in early October, 2014.

The adventures of Doctor Who in his time traveling blue police box have been recorded in the 2015 Doctor Who Diary (Item Code: APR141558, SRP $18.99, page 401). Read through 120 pages of Doctor Who history as each character and his journeys are explained and broken down to include, The Night of the Doctor, The Day of the Doctor and, The Time of the Doctor. The Night of the Doctor shows the regeneration of the 8th Doctor (Paul McGann) into the War Doctor (John Hurt). The Day of the Doctor sees the reappearance of David Tennant and Tom Baker as 10th and 4th Doctors and is full of allusions to the history of the series-‘a love letter to fans.’ The Time of the Doctor, the 800th episode of the series, features the final appearance of Matt Smith and the formal introduction of Peter Capaldi, as the new Doctor.

The diary includes the Doctors adventures, photos of the 12th Doctor in his new role, and exclusively for fans in these regions, the author has included holidays celebrated by the US and Canada that the Doctor celebrates.

The Doctor Who Diary is featured in the April PREVIEWS catalog on page 901 and is scheduled to be released exclusively in book stores and comic book specialty shops across the US and Canada in early October, 2014.  To pre-order this time traveling collectible, find a local comic shop at www.comicshoplocator.com.

Mallon is an independent Australian publishing house, formed in 1992. Mallon publishes titles on gardening, social history and natural history, and also produces a range of diaries and other stationery. Major titles published by Mallon include an encyclopedia of roses entitled The Ultimate Rose Book, and a comprehensive illustrated book covering the total marsupial fauna of Australia entitled A Fragile Balance. Licensed products include The Doctor Who Diary and The Phantom Diary.

Diamond is at the nexus of comics and pop culture. Based in Baltimore, MD, DCD is the world’s largest distributor of English-language comic books, graphic novels, and related pop-culture merchandise, serving thousands of retailers worldwide. For more information, visit Diamond on the web at www.diamondcomics.com.