Immediately upon first glance, I recognized Meca Tanaka’s (田中メカ Tanaka Meka) art style as I flipped through the pages of The Young Master’s Revenge (Kimi no Koto nado Zettai ni). She is famous overseas for Faster than a Kiss (another great Shoujo Manga Series.) Viz Media has also happened to license one of her other manga series Meteor Prince.

This series originally had it’s run from Aug 23, 2014, in the magazine Lala and is ongoing. Viz Media has licensed the series and is accepting pre-orders as of Feb 27, 2018.

So what is the hype surrounding this series? Recently “Revenge”, or sadistic Shoujo Manga series have been picking up in popularity. A good example would be Takane to Hana, where a young woman is in an unlikely relationship with a sadistic rich man. These series are following a couple that pick-on each other or have bad intentions before falling in love. These series tend to highlight what an unhealthy relationship looks like while being humorous, the key is that they obviously aren’t taking themselves seriously.

In The Young Master’s Revenge, we are introduced to the main character Tachibana Leo who has been away from Japan for ten years. Upon his return, he only has one goal in mind, seek revenge on his childhood friend(Tsuwabuki Tenma) for humiliating him as a young kid.

Upon reading the 1st Volume, it’s clear that this is a lighthearted comedy and the reasons for Tachibana Leo’s revenge is presented as completely ridiculous. The main reason for the silly disposition is that Tsuwabuki Tenma isn’t what you would respect considering the hatred of the main character. The side character that Leo hates so much is airheaded and naive. I personally enjoy Tenma’s “naive” personality, it contrasts nicely with Leo’s ulterior motives.

In the press release, Nancy Thistlethwaite(Senior Editor) is quoted saying, “What begins as Leo’s revenge becomes a voyage of self-discovery and endearing love.”

Which leads me to believe that we will see a positive character change from the young main character. With the positive feedback and unique storyline, it looks like The Young Master’s Revenge is already on it’s way to becoming another hit from Meca Tanaka.

One thing that the manga does a great job of is making fun of the usual Shoujo stereotypes. Although we often see girls attempting to get revenge for rejection, in this case, Leo is the one who is spiteful. It’s a fun change from the usual “makeover” manga that is prominent in the Shoujo genre. The manga doesn’t skip a beat and quickly gets its summary over so that you can watch the characters interact. I get the impression that the reason for the story isn’t as important as the journey. Finally as usual Meca Tanaka’s art is visually charming with it’s wide-eyed, and long framed elegance.

If you’re a fan of Shoujo Manga, then you’ll certainly want to check out VIZ Media’s Launch of The Young Master’s Revenge. 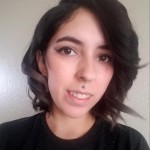