There are a lot of movies and television shows that, for one reason or another, cause the viewers to pause and ask themselves, “What exactly am I watching?” The majority of the time, this question is reflective of poor writing or narrative conception and is not a good thing at all. But, on rare occasions, it is indicative of wonderfully inventive development of mystery and misdirection where the writers reveal only the details necessary to make the plot coherent while withholding the rest for as long as possible.

WandaVision is easily one of the most profound examples of this difficult writing style to ever come along. Every episode manages to provide satisfying answers while also leaving you with new and interesting questions, all while also serving as a profoundly thorough love letter to the evolution of sitcoms over the decades.

The first two episodes of WandaVision are ostensibly episodes of an old-fashioned sitcom from the 50’s or 60’s in the vein of I Love Lucy, The Dick Van Dyke Show, Bewitched, and I Dream of Jeannie. The key difference, of course, is that the story revolves around Wanda (Elizabeth Olsen), Vision (Paul Bettany), and their quest to live a normal suburban life without anybody catching on to the fact that they are super heroes. At this point, there is no greater plot connecting these episodes to each other, but the seemingly benign narrative is occasionally interrupted by a creepy or strange moment that makes it evident that things are not quite what they seem.

Before long, it is revealed that this sitcom universe is (unshockingly) not the real world. From that point on, the series is told in two parallel storylines: the WandaVision world and the greater Marvel Cinematic Universe at large interacting with it (with several familiar faces). With Wanda and Vision, the episodes continue through the decades of sitcom history, parroting shows like The Brady Bunch, The Mary Tyler Moore Show, Full House, Growing Pains, Malcolm in the Middle, and Modern Family.

Meanwhile, forces in the real world try to figure out exactly what is going on, mirroring the viewer’s experience. Without spoiling too much, a villain eventually appears on the scene as tensions mount and the show’s tone — and even it’s genre — shift sharply again for the last two episodes. The result is a finale that feels like a feature-length Wanda Maximoff film installment in the MCU. All of this is wrapped up in a surprisingly satisfying fashion with plenty of surprise developments and easter eggs along the way.

It’s difficult to even know where to begin when analyzing WandaVision. The series feels like three distinct media experiences and all of them are thoroughly entertaining. The attention to detail showcased in the sitcom portion of the show is incredible. Every aspect, from the set design and cinematography to the acting performances, has been painstakingly crafted to evoke each television era that influenced it. Each episode even includes a unique opening theme based on one of the shows from that episode’s era. The first two episodes really do feel like a hokey mid-century sitcom starring a married couple of metahumans. Olsen in particular flexes her acting chops by deftly transitioning from one TV housewife stereotype to the next for each episode. For viewers already familiar with characters like Laura Petrie and Claire Dunphy, it is instantly clear that Olsen is channeling them.

As I’ve already suggested, the story composed for this chapter of the MCU is incredibly well-executed. For me, WandaVision immediately begs comparison to another cryptic, Marvel-inspired TV series: Legion. Both involve the same type of cerebral story-telling where half the experience is trying to parse out what the events on screen are even trying to communicate to the viewer. The reason WandaVision excels where Legion sometimes languishes is that it has the good sense to occasionally fall back on its MCU-roots and provide pure, unadulterated popcorn-chomping entertainment. I would think that forcing these elements together would diminish both, but somehow the final result is a fantastic amalgam that just works.

Perhaps the most impressive aspect of WandaVision is that it takes plenty of time to acknowledge its influences. In addition to the detailed sitcom references presented throughout the series, the story’s comic book roots are on full display as well. The entire plotline itself is based heavily on the comic series House of M, where the Scarlet Witch (Wanda), overcome by grief after losing Vision and her family, loses control of her immense power to alter reality and changes the world in ways that cause the Avengers, X-Men, and even her own father (the mutant Magneto in that universe) to intervene against her.

I won’t comment on it here for fear of spoiling the story, but Vision’s ultimate fate is also heavily influenced by his past comic book arcs. Most exciting of all, that famous Scarlet Witch costume finally makes an appearance, which comic nerds like me have been waiting for ever since Wanda’s introduction to the MCU. All of this fan-service and tribute to the past isn’t necessarily needed for the plot, but scene after scene is dripping in it and the series benefits greatly from it. This is carried out with a deft and masterful touch, since the show doesn’t have much screen time to waste with only nine 30-40 minute episodes.

What else can be said? It is no exaggeration to say that WandaVision is genuinely unlike any other piece of media that I have ever seen. It defies any classification in traditional terms. The show’s creators ambitiously sought to pack a lot in a mere nine episodes and ended up with a part-drama, part-sitcom, part-homage, and part-Marvel spin-off that works on all of those levels. This is an incredible series for Disney’s first entry into the Marvel TV series library, which had already established a high bar. Whatever you’re looking for, I’d say WandaVision is sure to have something you will enjoy.

Synopsis: Blends the style of classic sitcoms with the MCU, in which Wanda Maximoff and Vision – two super-powered beings living their ideal suburban lives – begin to suspect that everything is not as it seems. 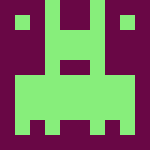