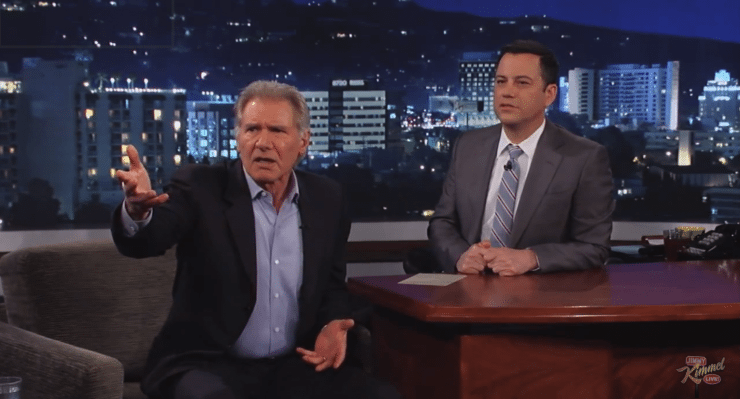 Harrison Ford was on the set of Jimmy Kimmel Live to promote his recently released movie “42“. But when asked about the Star Wars Episode 7 movie he refused to answer any inquiries about it. Jimmy Kimmel open the Q&A to the audience and all hilarity ensues in a skit setup. Cast members dressed up as a Jedi and Princess Leia asked mundane questions to the annoyance of Ford. The final cast member happened to be Chewbacca which stirs up a war of words between the two ending with Ford storming off the set.

Catch Harrison Ford in “42” in theaters now and his upcoming blockbuster later this year “Ender’s Game”.