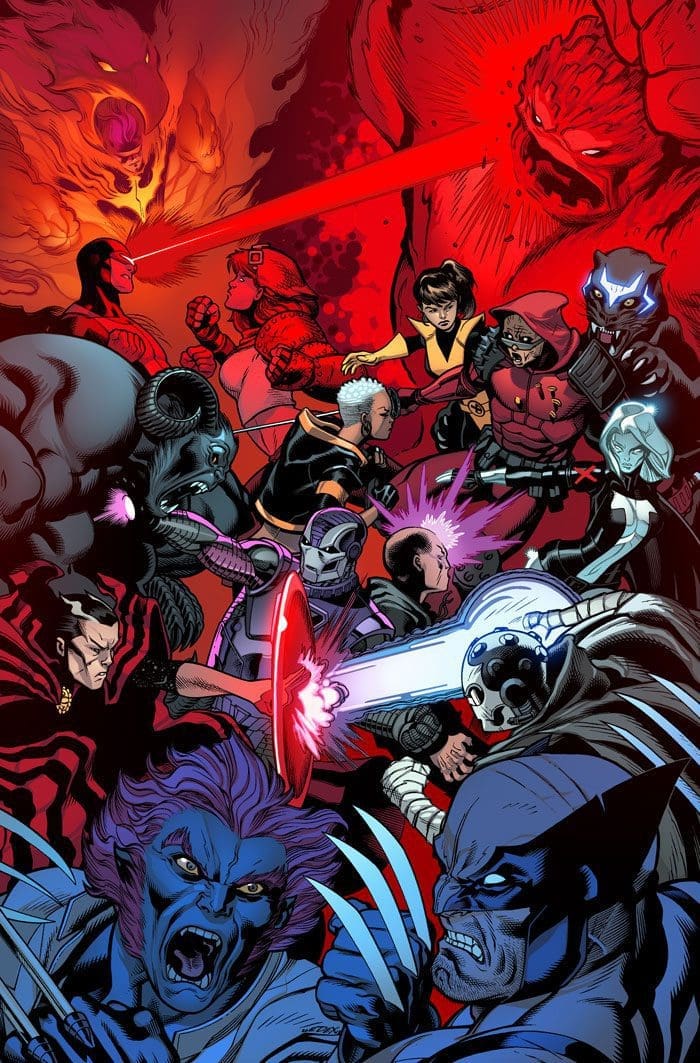 Wolverine and the X-Men #37 features four versions of Iceman fighting one another and I didn’t even bat an eye. Call it fatigue but this deep into the Battle of the Atom insanity, teams of X-Men from the past, present, and future fighting over time-travel paradoxes isn’t of particular significance, and neither is this penultimate chapter of the event. At this point the plot is just careening toward the epic conclusion that will come with next week’s Battle of the Atom #2, so it’s not entirely a surprise to find the plot very minimal here. Writer Jason Aaron makes the most of the situation with some solid character moments, but the presentation is lacking. As has been the case with these later chapters in the series, there are an overwhelming amount of different personalities to deal with, and Aaron and artist Giuseppe Camuncoli have trouble managing the madness.

The issue’s best bits arise from Aaron’s handling of his own regular cast, of which there are very few this time around. Phoenix Quentin Quire meeting his younger self is good for a laugh (“Sooo many questions”) though the maniacal laughter of the older Quire is in dire need of an explanation. Aaron also continues to write what is without a doubt the best Wolverine in the entire Marvel universe, so much so that when he tells the future X-Men he believes their story, it feels like a significant endorsement. Otherwise, the majority of this issue is X-Men fighting X-Men, vague hints at the future that may or may not get addressed, and characters wondering what has happened to Old Jean Grey to make her so surly.

But Wolverine and the X-Men #37’s biggest hindrance is in its visuals. Camuncoli’s X-Men lack the polish of the other artists that have worked on this event prior, so none of the characters particularly stand out. It’s a major problem as the issue moves along and more and more mutants get thrown into the mix and Camuncoli’s creations wind up getting lost in the scuffle. Much like the issue itself, the presentation is rather nondescript and unexciting but that’s sure to change as the event rolls into its final issue next week. It has to.

Celebrate The New GUARDIANS OF THE GALAXY Team With Special Covers!

GUARDIANS OF THE GALAXY Vol 2 | Trailer and Poster Released!