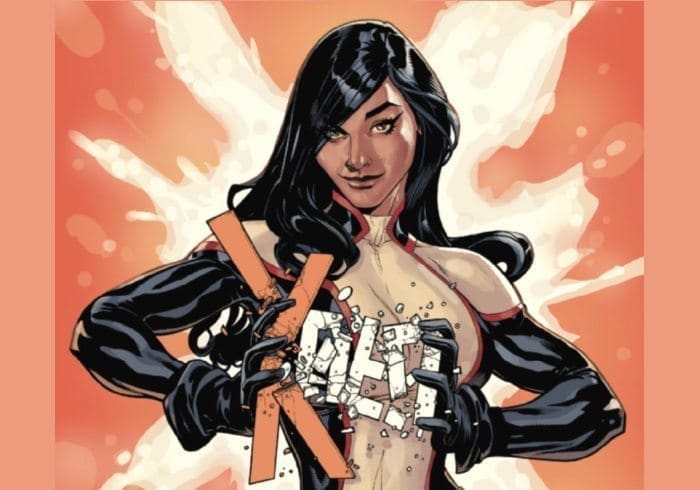 Brian Wood is gradually building a villainous Sisterhood of mutants that’s breathing new life into the stagnant cornucopia of X-Men foes, but I’m afraid it’s coming at the cost of the heroes in this title. Ever since Battle of the Atom ended, this team of all-female X-Men has felt far less compelling, a result of not only losing two of its members (Rogue and Kitty) but gaining two that I still know nothing about. In this issue, the two new recruits–Karima and Monet–are no where to be found, which is odd given their newfound status on the team. This issue, like the last, continues to build on the villains and Storm, Rachel, Jubilee, and Psylocke feel like bystanders. It’s a little disconcerting that I’m enjoying the villains of this title more than the heroes, who do not feel like they are part of the same cohesive X-Men team anymore.

I’m not sure when it happened, but Rachel and Storm, the two previously bickering members of the team, have either resolved their issues in another X-Men title I’m not reading or Wood has left their ongoing animosity entirely. Either way, in this issue, the two of them send Psylocke to tail a hired hand named Typhoid Mary and the newly resurrected Lady Deathstrike after Mary steals an incredibly important piece of tech from the Jean Grey school. Much hullaballoo is made about the importance of what is stolen yet the entire team of X-Men, uncharacteristically, remains surprisingly passive. Psylocke merely tails the thieves back to their hideout, listens to them explain their entire plan, and then intervenes only after they’ve left to go recruit the next member of their evil Sisterhood. If the X-Men have a plan, the reader is left wondering what it is.

That growing collection of villains is keeping this title interesting for me at the moment, due in large part to the design choices from artists Terry Dodson and Barry Kitson. Last issue, the art suffered due to several female characters looking alike but ironically enough, that’s not a problem for this issue since most of those same-looking characters aren’t present. Given the inventive looks for Lady Deathstrike and Typhoid Mary, it’s never a challenge telling them apart, and even the third member of the Sisterhood introduced late in the issue has her own unique look. Dodson and Kitson share art duties and the switch is not jarring, but there’s definitely a lack of detail in the characters as the issue reaches its conclusion. Barring the last quarter of the book, X-Men #8 looks as good as it has since the start, even if the X-Men themselves have not been measuring up to their prior greatness.