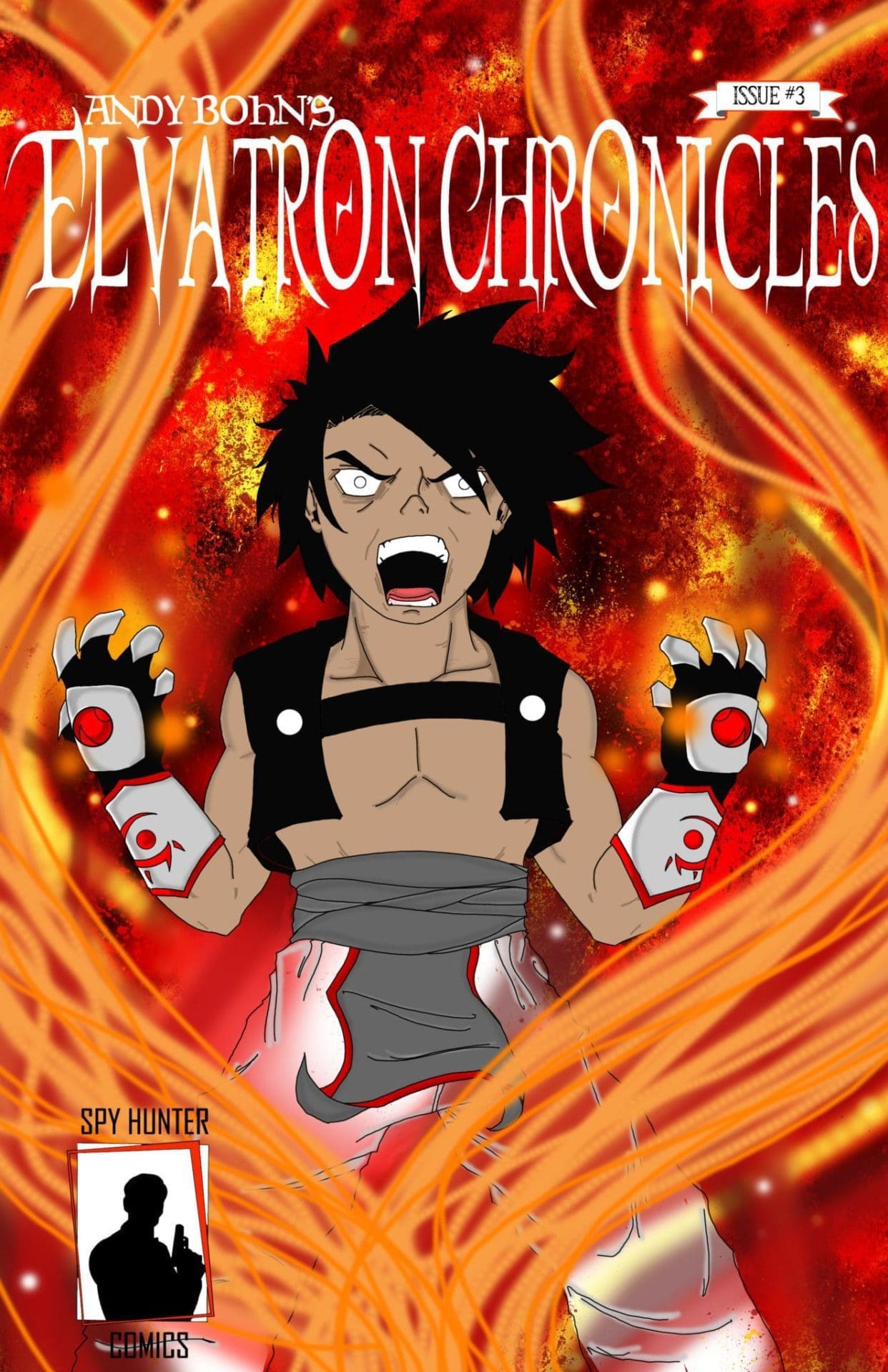 Once thought to be nothing more than a fairy tale, the mages have returned to Arsaria and have brought with them enough trouble to last another hundred years. Elvatron has gone missing and the hunt to find him has begun. The first of the people to be interrogated about Elvatron’s whereabouts are the peaceful nomads of Arsaria, the ones called the Runners.

With each day the new power is in place, the darkness continues to swallow up the light. Will the Runners be able to escape the new army of King Ossus, or will they be wiped from the land like the mages from legend?

Elvatron Chronicles comes from the mind of the Arizona local creator, Andy Bohn. He has been in the comic scene since 2010 and has been on multiple projects, but has a soft spot in his heart for this creator owned property. You can find more on him on Facebook and Deviantart .

Brandon G. James is an Arizona based artists breaking into comics and was brought on to Elvatron Chronicles for the cover to issue #3. For more information on Brandon, you can find him on Facebook and his website.